The MX 2 and MXS aircraft are carbon fibre aircraft built by MX Aircraft in North Carolina.  The MX 2 is a 2 seater that is based on the Giles 202 but with a 6 cylinder Lycoming IO 540 engine producing around 260+ HP.  The MXS is a single seat development of the MX 2 that has flown by several pilots on the Red Bull Air Races (as the MXS-R for racing).  Both have full span ailerons with a roll rate in excess of 400 degrees per second and can achieve 250 mph in level flight.  The MX 2 is stressed to +/-12G while the MXS is stressed to +/-14G!

We have had one each of the MX 2 and now the MXS in New Zealand, both owned by Doug Brooker of Auckland. 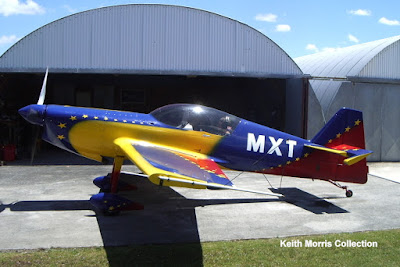 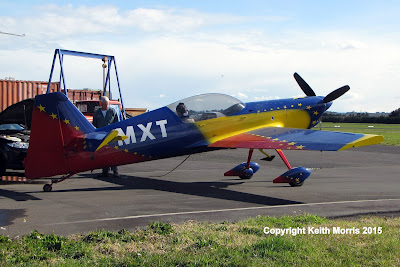 When Doug purchased his MXS in 2015, he looked to sell ZK-MXT2 and it was sold to America and cancelled from the NZ register on 16/11/15.  The above photo was taken at Ardmore on 10/8/15 where it can be seen that it did not change at all during its time in New Zealand. 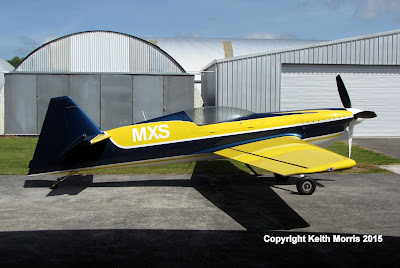 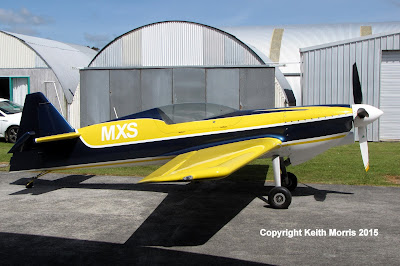 Although the aircraft looks to be yellow and black in the photos, in fact the dark colour is a deep metallic blue which you can see by clicking to enlarge the photos.  A stunning aircraft!  Doug told me that it has wheel spats but they need to be modified to give greater ground clearance for New Zealand conditions. 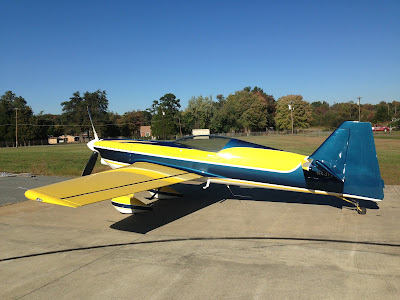 You can see the blue colour and the wheel spats in this shot of N431TW as supplied by Doug Brooker.  Thanks for the photo Doug.