I see from news reports that the Martin Jetpack will perform its first public flight in Shenzhen, China today 6/12/15 in front of thousands of people.  So I thought it an auspicious time do do a blog post on these unususal machines, which are registered in New Zealand as Class 1 microlights.  The Shenzhen flight has been organised by Chinese research and development company Kuangchi Science , who have been Martin Aircraft's owners since December 2014.  The Jetpack is also scheduled to fly at Warbirds Over Wanaka in March 2016

The Martin Jetpack has undergone a very long gestation with Glenn Martin starting out on his dream in 1981.  Along the way he had to overcome many problems including developing a new engine as there was nothing available elsewhere in the world.  The engine is a 200 HP V4 2 stroke that had its genesis in the marine engine industry, and it drives a pair of very sophisticated ducted fans. The first tethered flight of the Jetpack took place in 1997, with the craft flown by Martin's wife Vanessa. 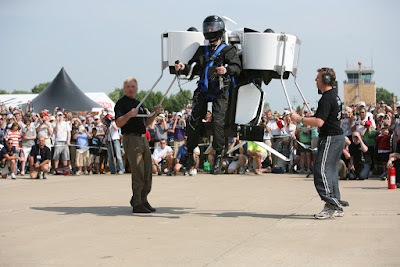 The first public demonstration of the Martin Jetpack took place at the EAA flyin at Oshkosh in July 2008, as shown in the above photo.  The pilot was Martin's son Harrison and that is Glenn Martin stabilising the craft on the left of the photo.  It would be fair to say that the Jetpack's performance at Oshkosh fell short of the crowd's expectations of a "Jetson's" style jetpack. 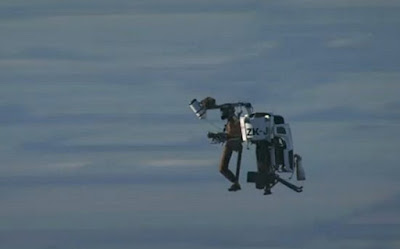 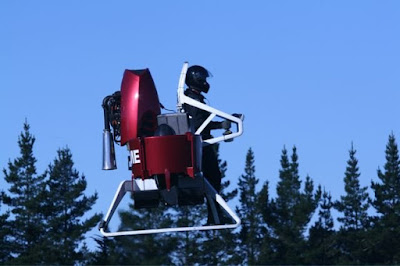 Jetpack PL 12 ZK-JME3 (c/n P 12-01) is the twelfth iteration in the development of the Jetpack and you can see that it has the ducted fans mounted much lower, which apparently has led to an improvement in performance.  It is made mainly from carbon fibre and epoxy resin.  Empty weight is 200 Kg and MAUW is 320 Kg.  It can cruise at 30 knots and has an endurance of 30 minutes.  ZK-JME3 was withdrawn and cancelled on 9/6/14. 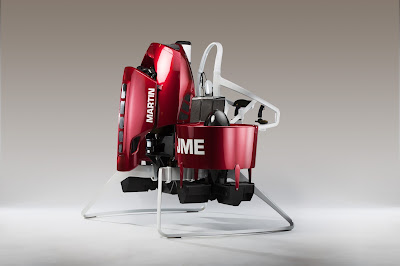 There is a video on the Martin Aircraft website of a test flight of ZK-JMK2 in November 2015 at  http://www.martinjetpack.com/news/ .

Thanks to Martin Aircraft for the above two photos.