I was fortunate to be able to arrange to be at Ardmore this afternoon for the roll out of Titan Mustang ZK-WZY from the Pioneer Aero hangar for some taxi tests.  It is a beautifully finished aircraft as you can see in the photos.

I have previously posted about this aircraft a couple of times, the most recent being on 12 August, just before I left for overseas. (see www.nzcivair.blogspot.co.nz/2015/08/two-that-will-be-flying-soon-at-ardmore.html ).   In a bit of perfect timing ZK-WZY received its CAA paperwork approval earlier this week, only a week or so after I returned to New Zealand. 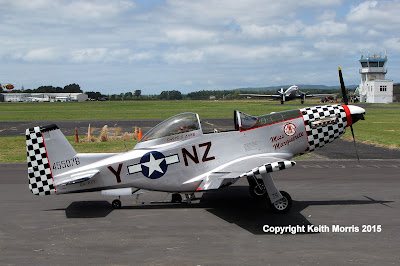 ZK-WZY (c/n 0076) was registered to Paul McSweeny (of Pioneer Aero) on 21/7/15.  However the aircraft was built by Pioneer Aero for an Australian owner: David S Lane.  I understand it may be registered in Australia as VH-YNZ, but it will undertake extensive flying in New Zealand before being shipped to Oz. 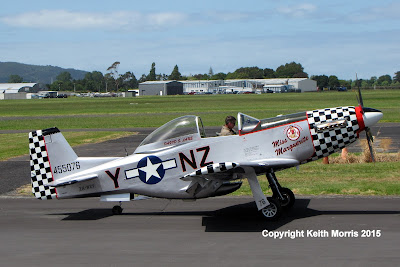 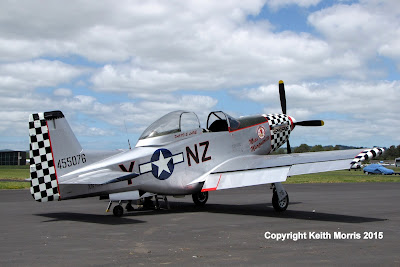 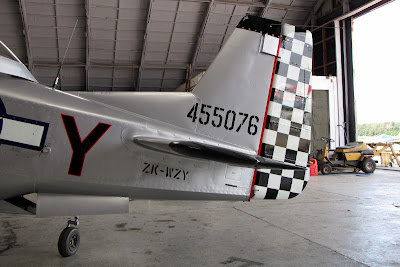 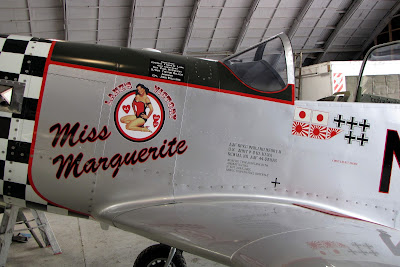 The aircraft is named "Miss Marguerite" with a personalised marking of "Lane's Victory".  The colour scheme of ZK-WZY is fictional and the detailed touches are very authentically done. 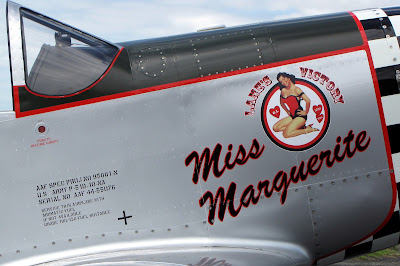 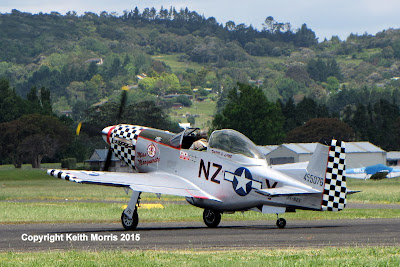 Test pilot Gavin Trethewey carried out some taxi tests today.  The first flight of ZK-WZY is expected next week.