The Sukhoi SU 29 first flew in 1991 and was developed from the single seat SU 26, but with the use of more composite materials so that the empty weight was only increased by 50 Kg.  Both use the 9 cylinder Vedeneyev M 14P radial engine of 360 HP.  In turn the SU 29 was used as the basis for the single seat SU 31 which appeared in 1992 and which uses the 400 HP Vedeneyev M 14PF engine.

We have had one Sukhoi SU 29 in New Zealand, being Rob Fry's ZK-SUK (c/n 75-01) which was first registered in 1993 as RA-7501.  It was sold to the US as N1JW and later was re-registered as N229RM.  It was then purchased by Rob Fry who registered it as RA3358K (the Russian private civil aircraft register) and was flown it in Japan for two years. 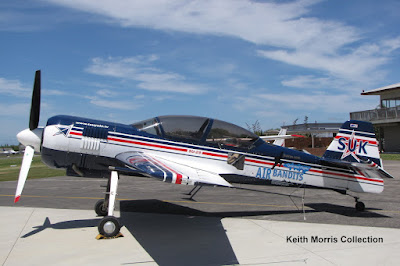 ZK-SUK was registered to Robert E Fry of Silverdale on 23/11/07.  Its career in New Zealand has been quite involved with Jurgis Kairys, who has flown at Warbirds Over Wanaka since 2004 (often in his own aircraft but sometimes flying ZK-SUK).  This was the case with above photo, taken on 6/12/08 where the aircraft is painted with Jurgis Kairys Air Bandits signage following the 2008 Warbirds Over Wanaka. 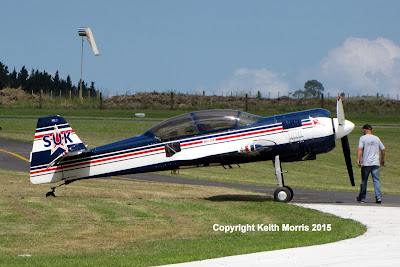 I caught up with ZK-SUK recently at its home base of North Shore airfield.  Above, Rob Fry heads out to fly the aircraft. 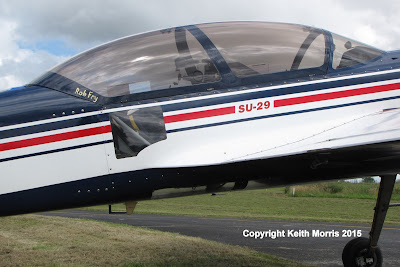 A close up of the canopy and the clear panels in the floor. 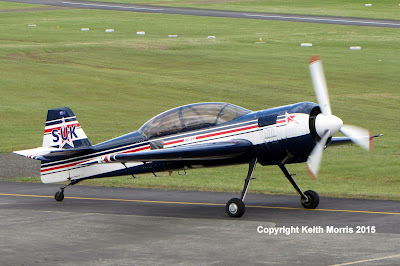 Taxying for take off... 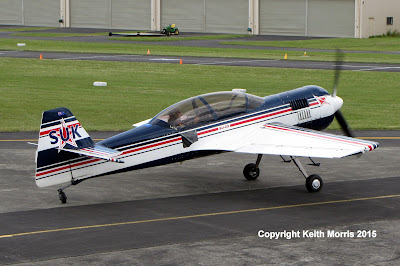 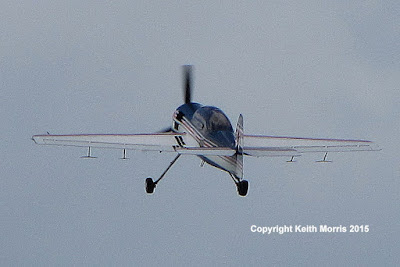 Jurgis Kairys has also flown other Sukhoi aerobatic aircraft at Warbirds Over Wanaka - A SU 31 in 2004 and possibly a SU 26 (can anyone confirm that?  and ideally supply a photo?).  He has also flown his Juka which was developed from the SU 31 I think.  In fact Jurgis Kairys helped Sukhoi to develop the SU 26, 29 and 31 family of aerobatic aircraft.

I think I will do another post on Aerobatic Monoplanes that have attended Warbirds Over Wanaka.  If anyone has any photos from WOW (ideally action shots), please email them and I will include them in the post.