Following the success of his single seat RV 3 model, Dick Van Grundsven designed the 2 seat RV 4.  It was a completely new design and not just a stretched RV 3, although it had the same look, and it was stressed for sportsman aerobatics.  The prototype first flew in August 1979.  Australian Jon Johanson built an RV 4 which he  flew to New Zealand in 1995 as a long distance proving flight before his round the world flights and also a flight from Invercargill to be the first to complete a solo flight over the South Pole (which turned into a bit of a diplomatic incident - I will do another post on Jon Johanson).  According to the Vans website, as of today (29 January 2014), 1,367 RV 4s have been completed world-wide.

We have had 13 RV 4s in New Zealand to date as detailed below in order of registration.  Most of them have only had one owner which must say something about the aircraft. 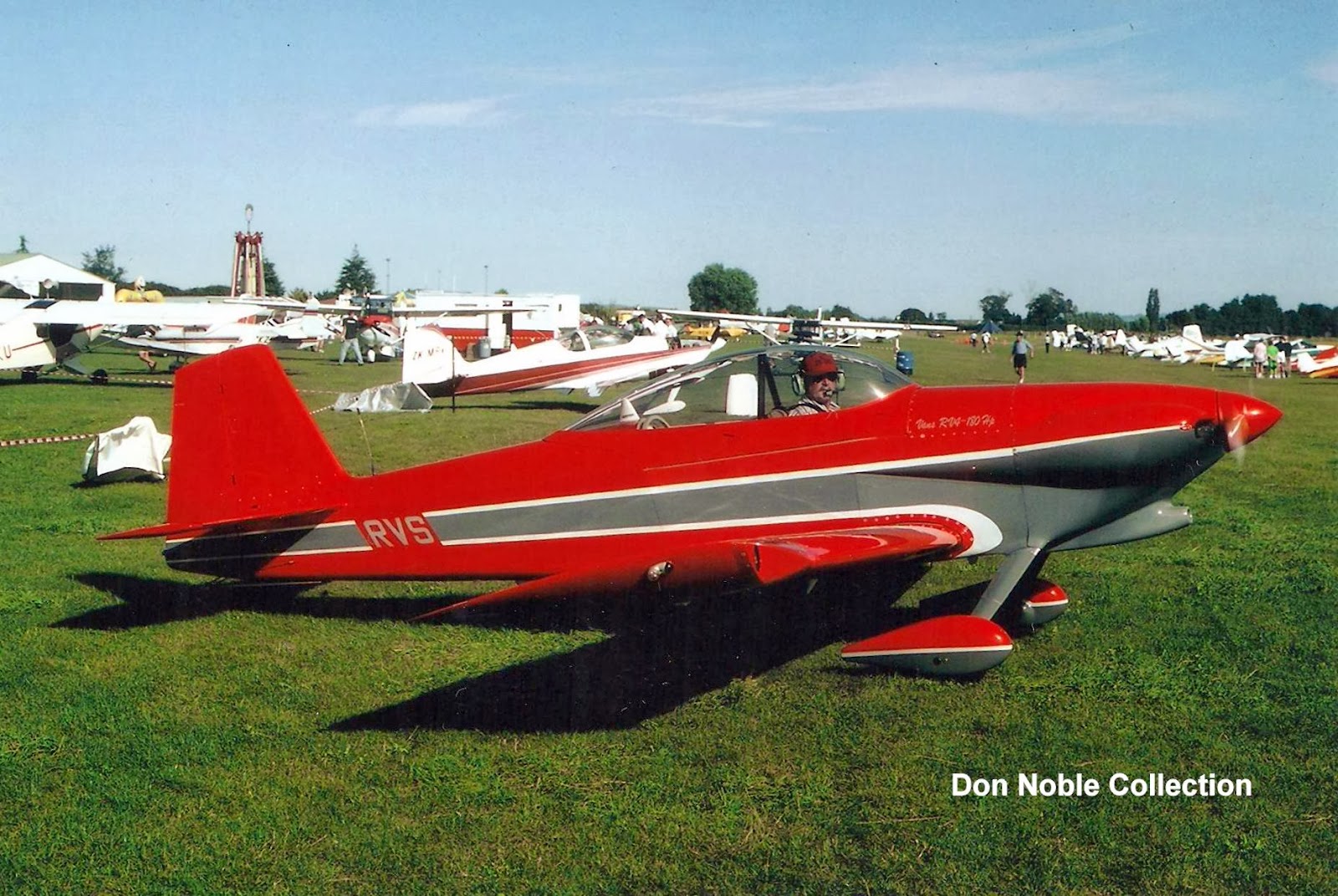 Our first RV 4 was Gary Spicer's ZK-RVS (c/n AACA/1080) which he built in Auckland and was first registered on 25/1/91.  it is photo'd above by Don Noble at the 1996 SAANZ flyin at Matamata.  It suffered a take off accident at Ardmore on 6/3/96 when it lost power.  It was cancelled on 3/7/96 making it our only RV 4 to be cancelled to date.  The remains were under rebuild by the Salt Cable syndicate at Mt Maunganui but I don't think the rebuild has progressed. 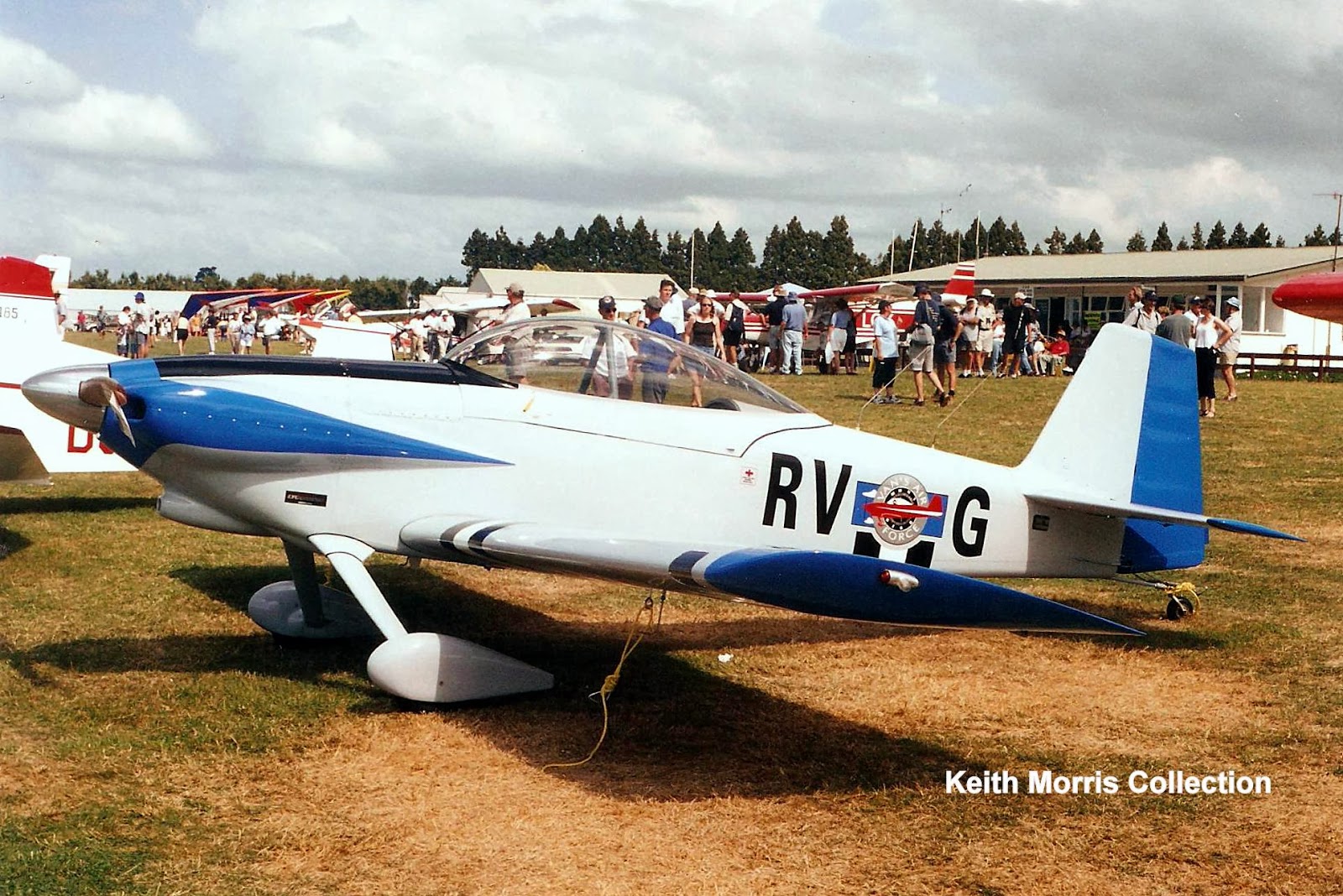 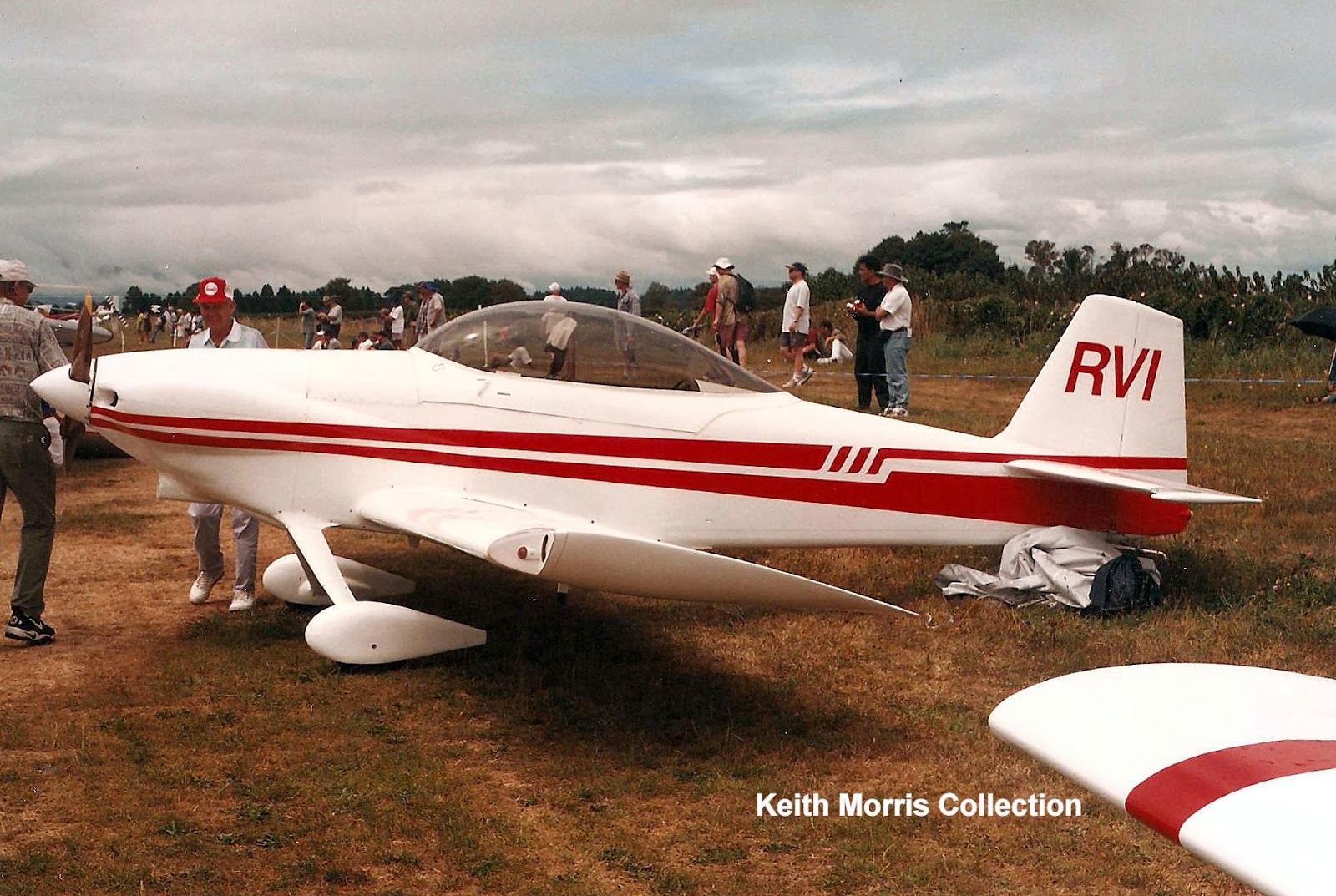 ZK-RVI (c/n 800) was built by Arnold Gallagher of Manurewa, and was first registered to him on 22/5/96.  It think was our second RV 4 to fly, as evidenced in this photo taken at the 1998 SAANZ flyin at Matamata.  Arnold Gallagher moved to Christchurch, where ZK-RVI has been based for some years.  It is currently for sale on Trade Me if you are interested. 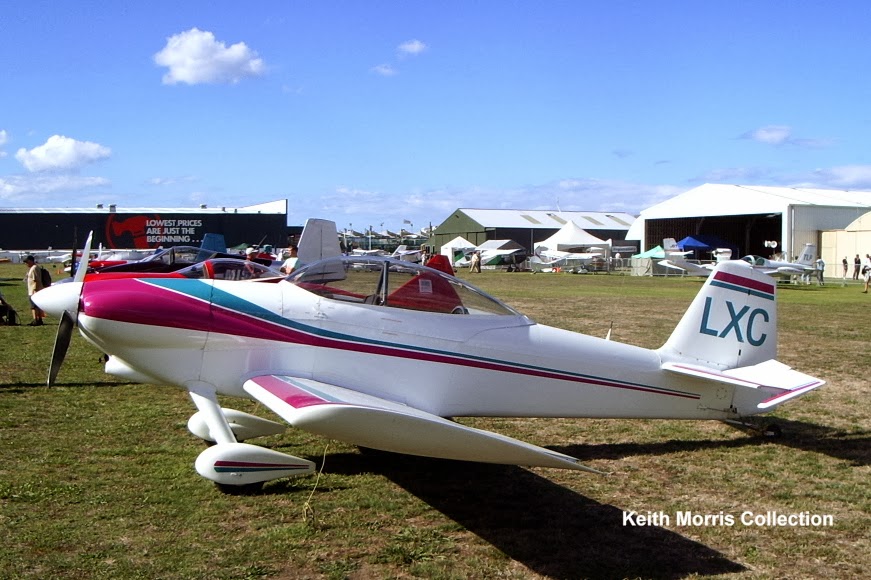 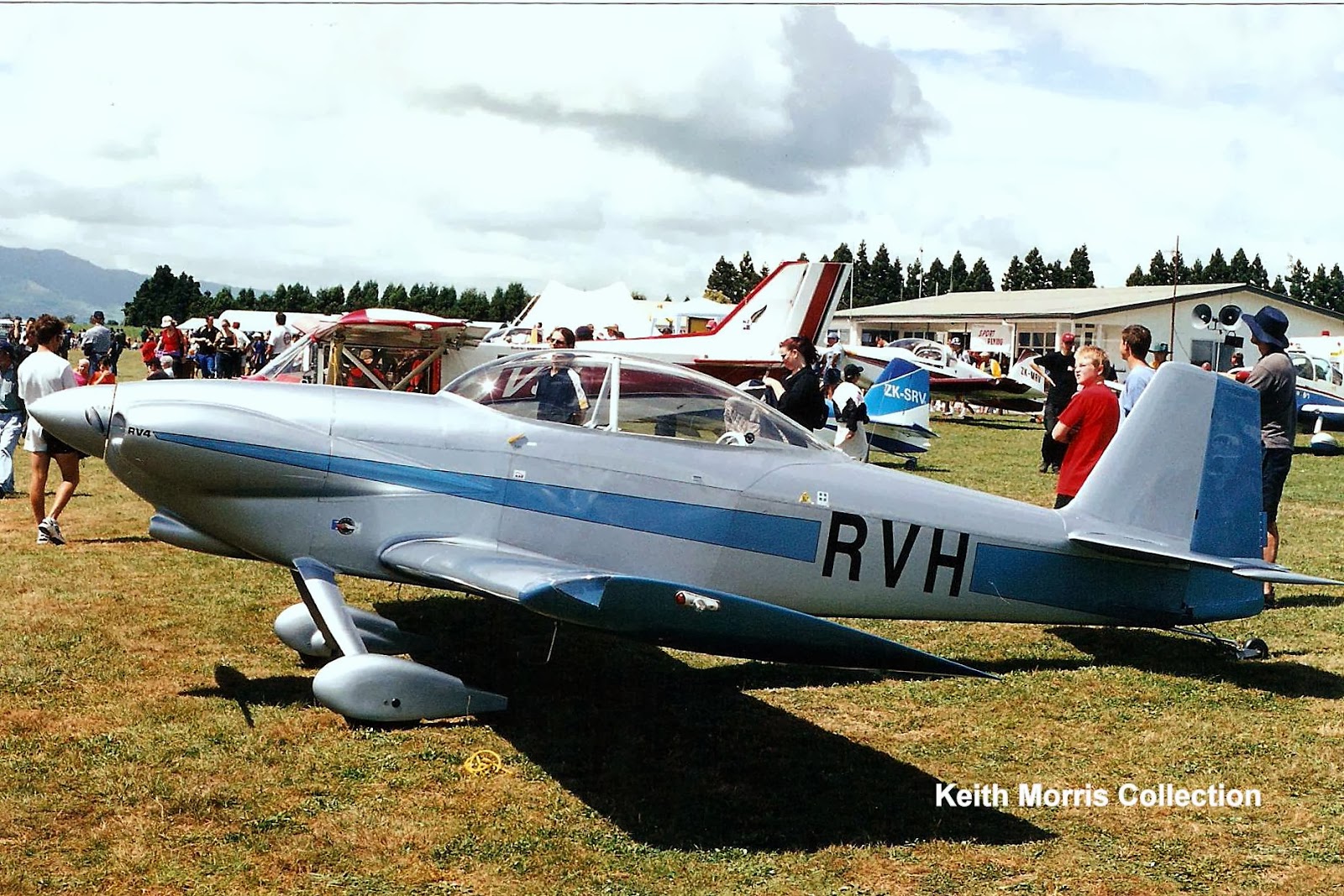 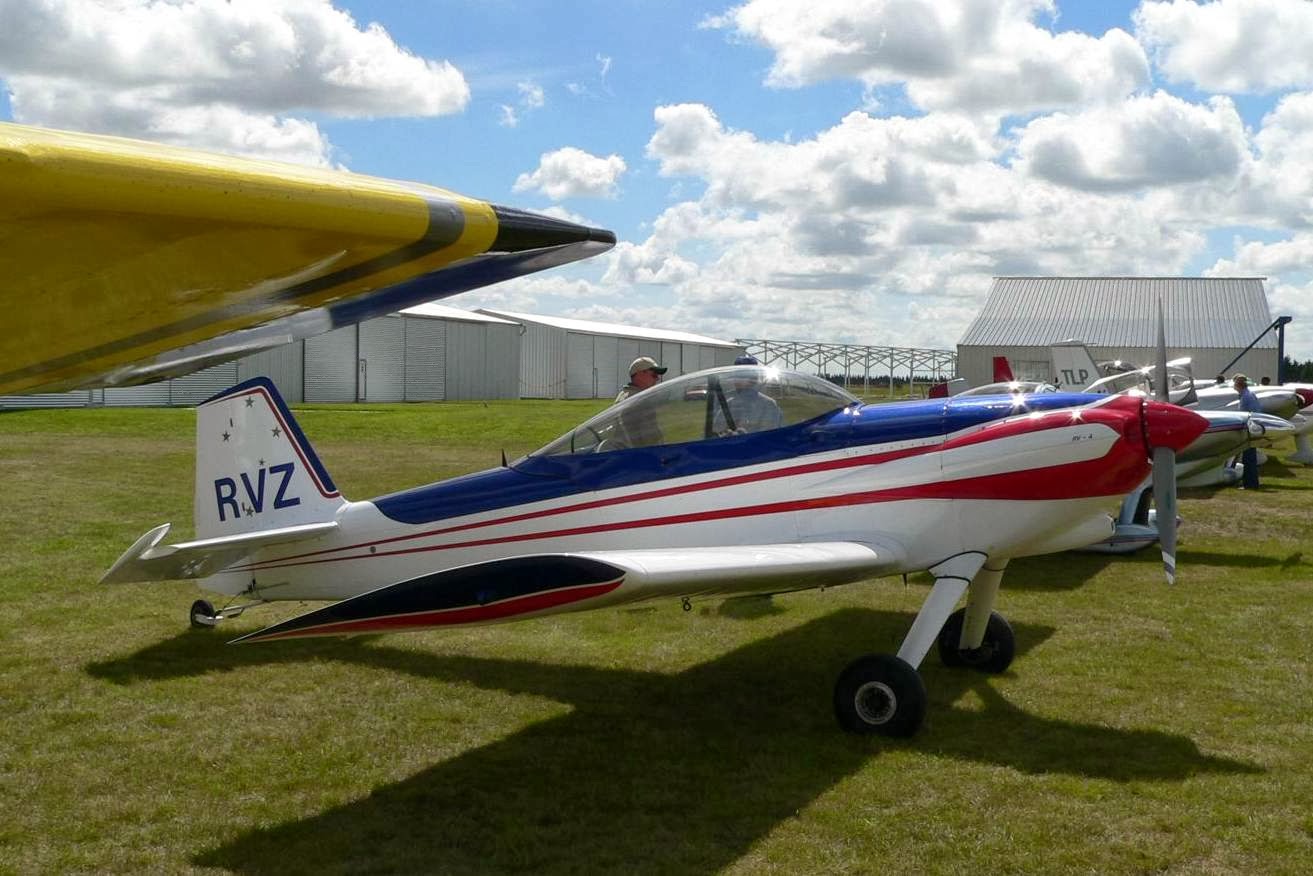 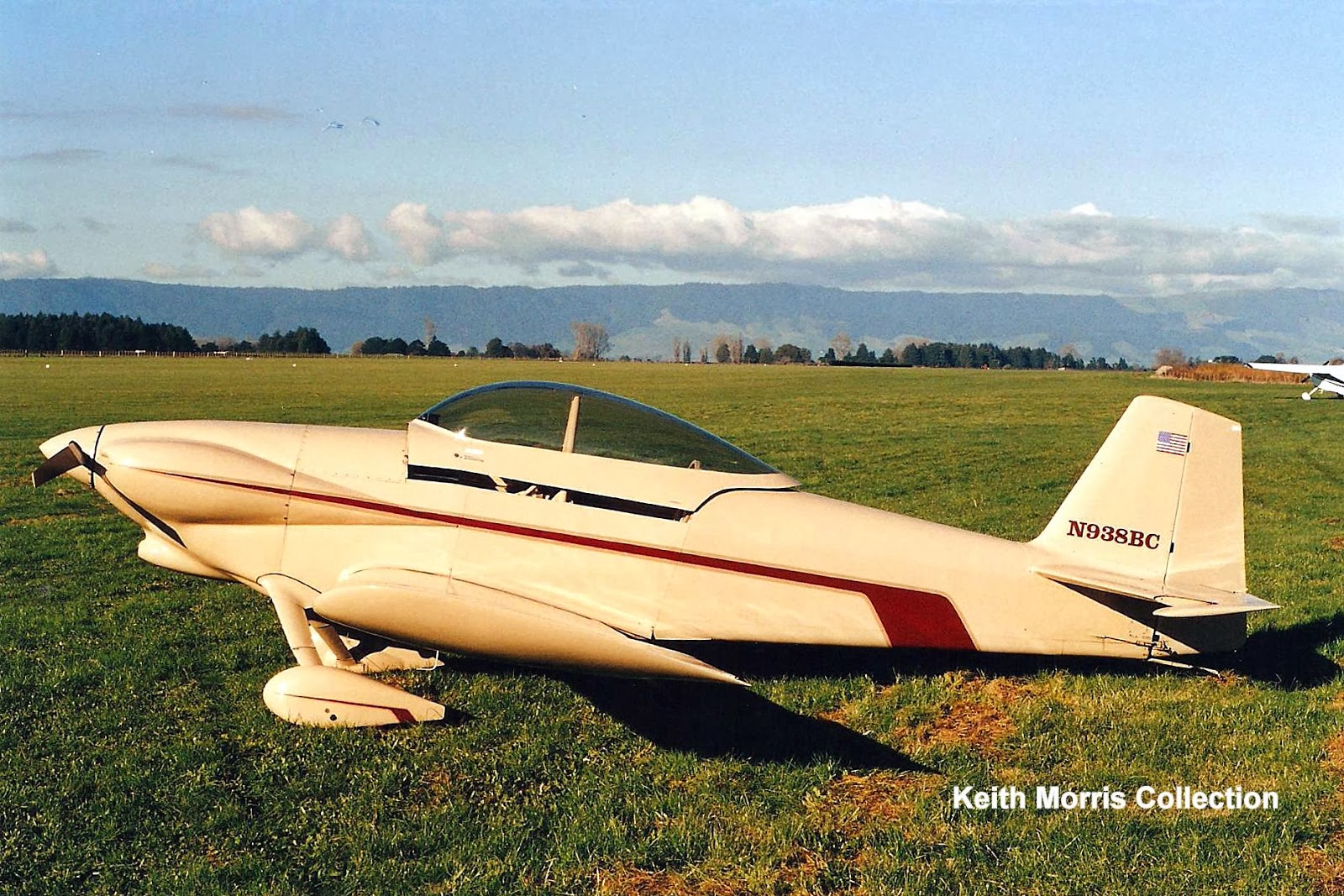 RV 4 N938BC received its US airworthiness certificate on 14/6/89 and was imported into New Zealand by Morris Craig and was flown under its US registration for several years.  I have a photo of it at Matamata in 1992 which may make it the first RV 4 to fly in New Zealand - can anyone confirm?  The above photo was taken at Matamata in 2001.  N938BC was cancelled from the US register on 12/2/03 and became ZK-RVV. ZK-RVV was registered to the Tauranga Aeroplane Company on 14/2/03.  It is photo'd above at the 2010 SAANZ flyin at Tauranga. 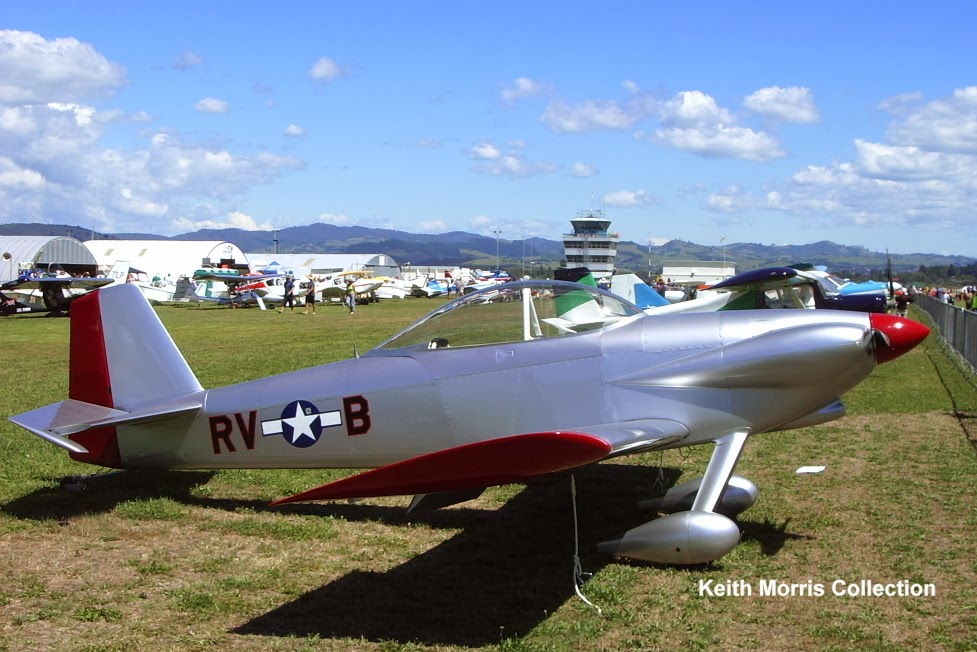 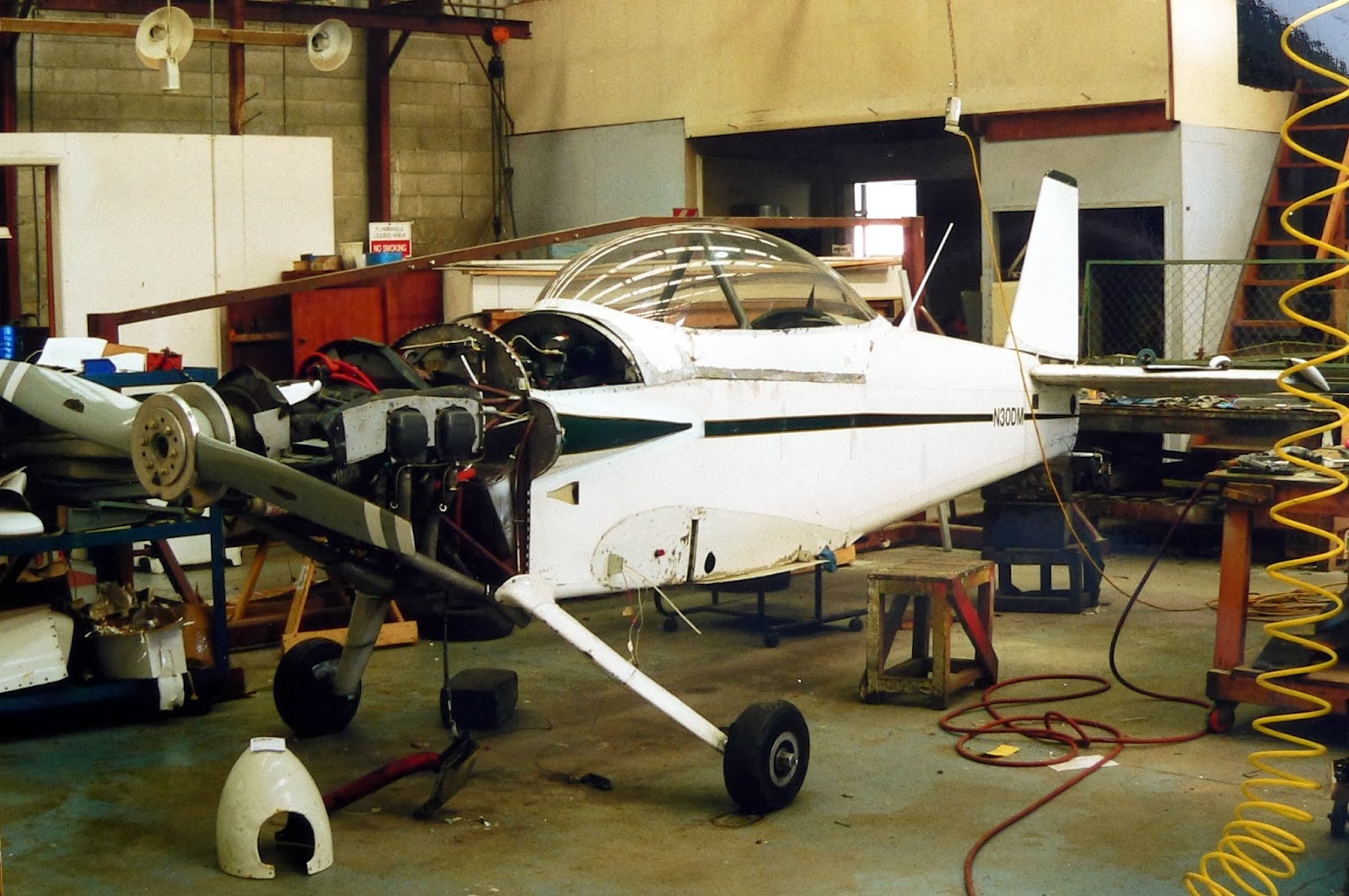 ZK-JRX (c/n 1320) is another American import, having previously been N30DM.  It was imported into New Zealand by Andrew Fairfax of Queenstown and was first registered ZK-JPX, and I believe it was painted as such.  The above photo by Blue Bus was taken at Tairei on 6/3/02, very early on in its New Zealand life. 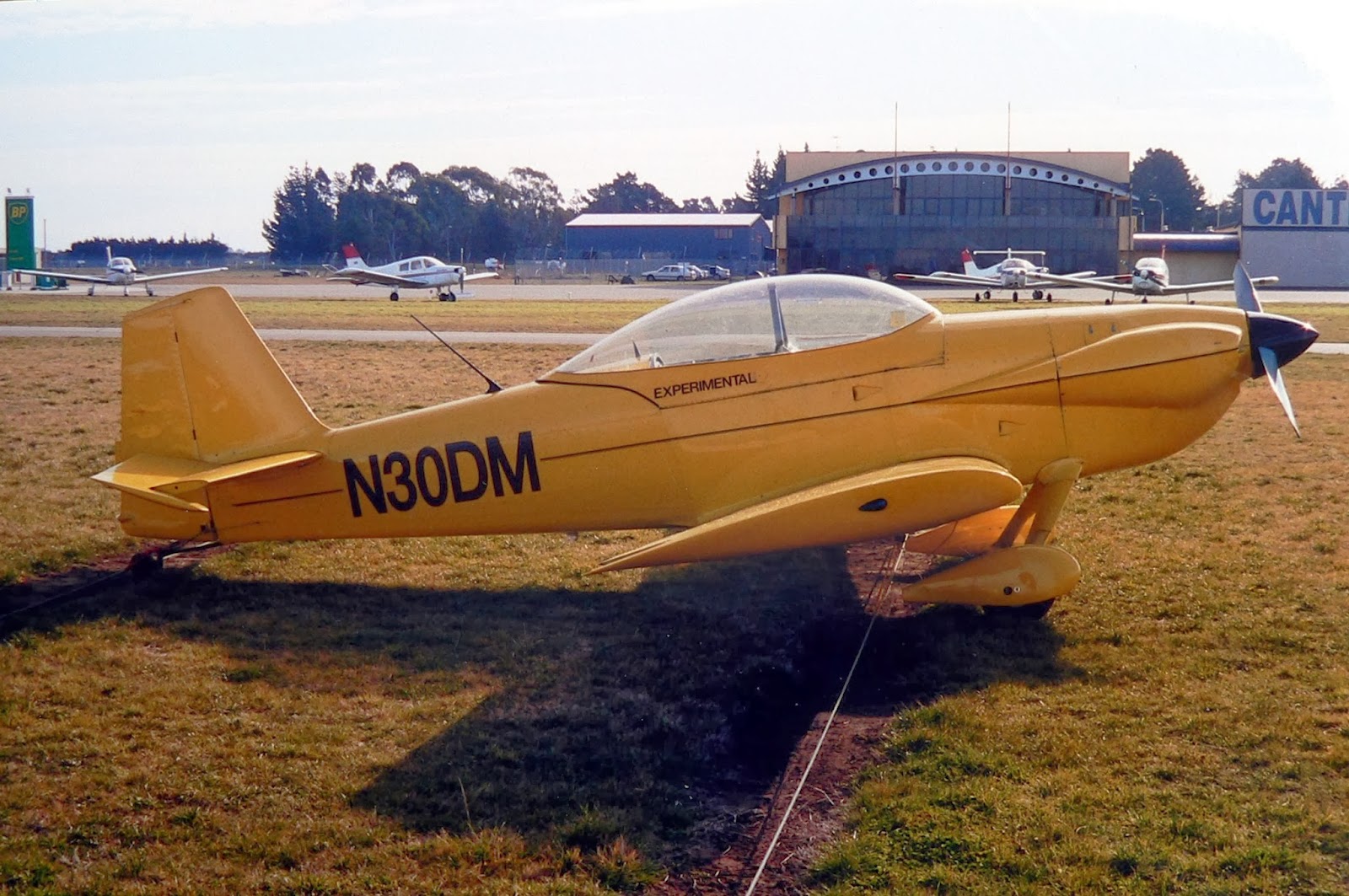 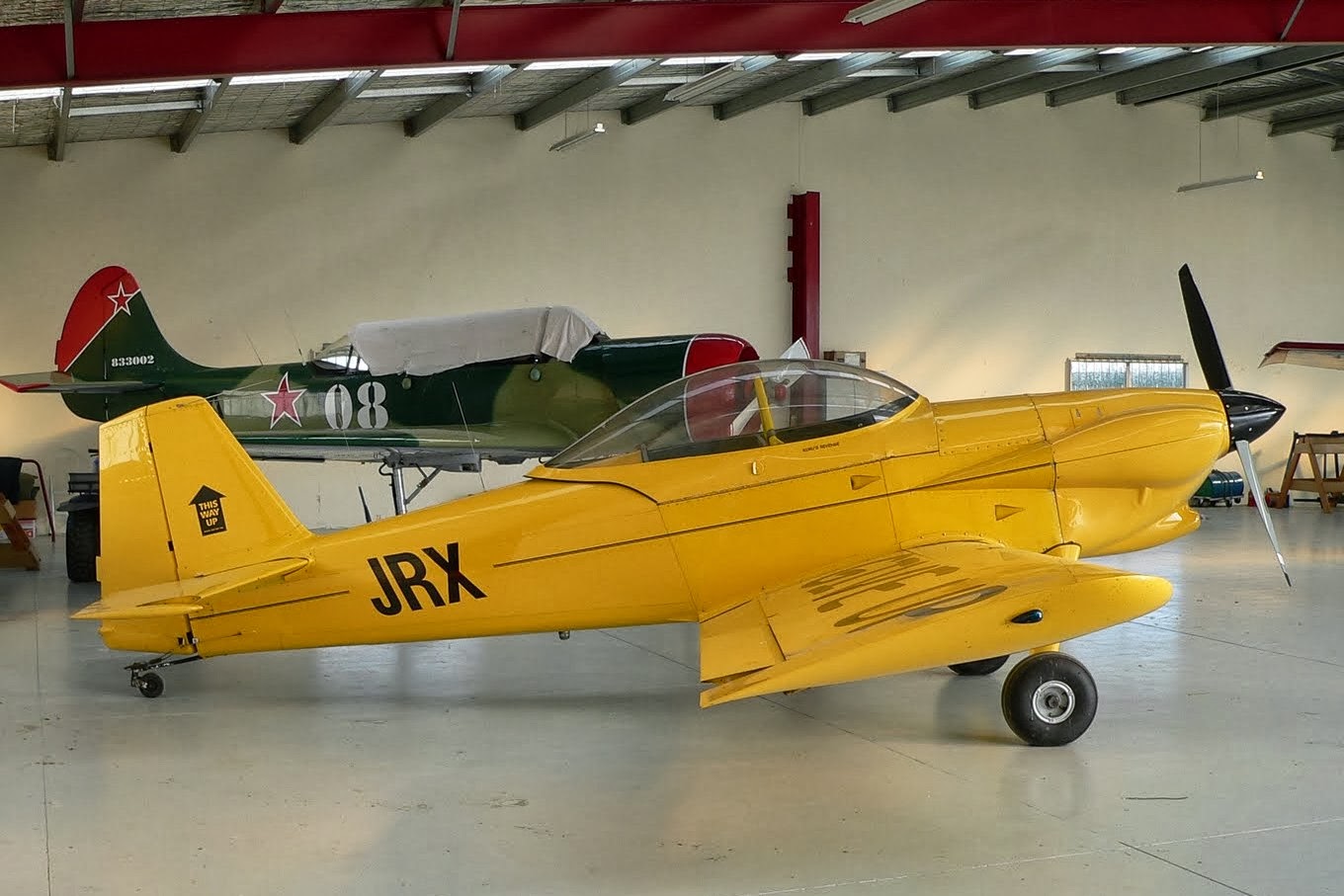 Its registration was changed to ZK-JRX on 11/7/03 and it has been active around the South Island.  Most recently it suffered power failure on long finals to Queenstown and made a heavy landing on a beach.  I guess that makes it the most incident prone RV 4.  Thanks to Blue Bus for the above photo which was taken at Rangiora on 10/9/08.  You can just see that the wording on the top surface of the wings, which is "Never Give Up". 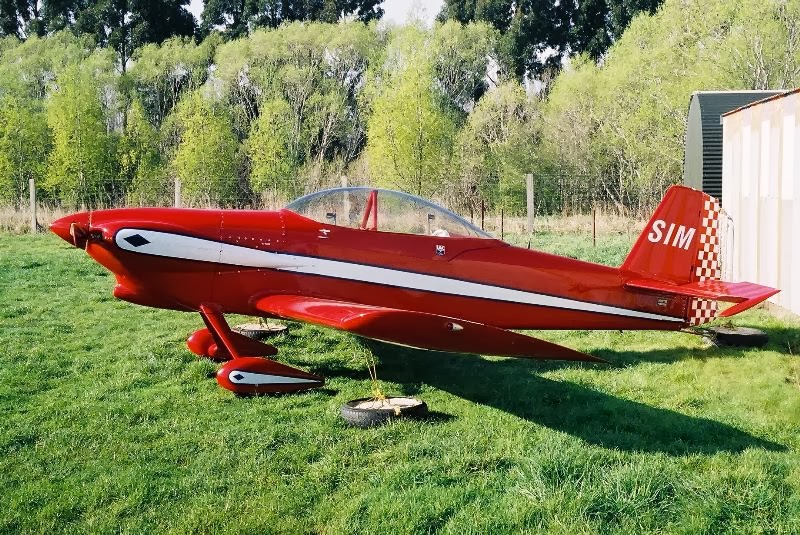 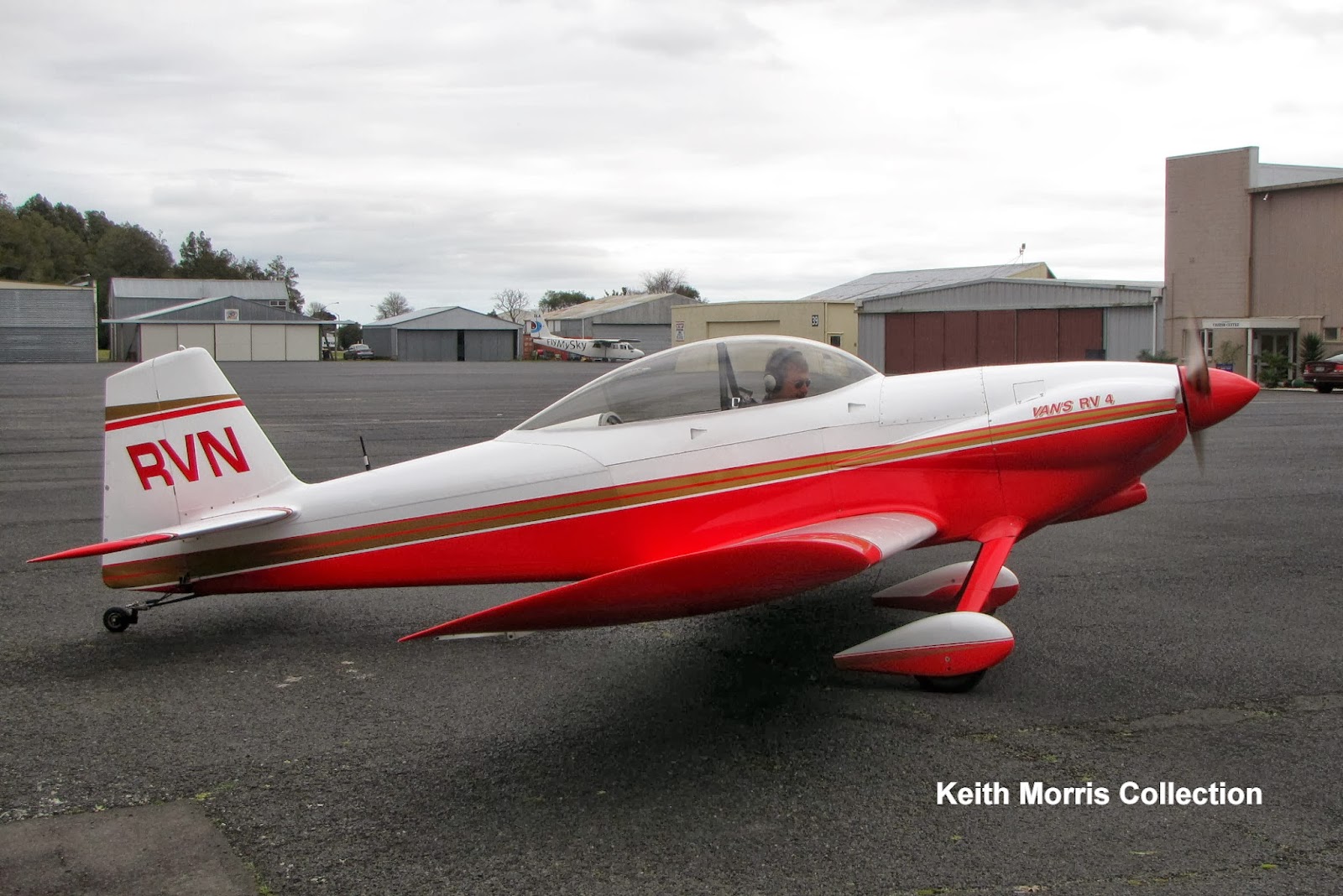 ZK-RVN (c/n V277) is yet another import - this time from Australia where it was VH-BRV.  ZK-RVN was imported by Perry Woodley of Waitakere, and was registered to him on 27/4/06.  It is currently hangared at Ardmore where the above photo was taken on 20/7/13. 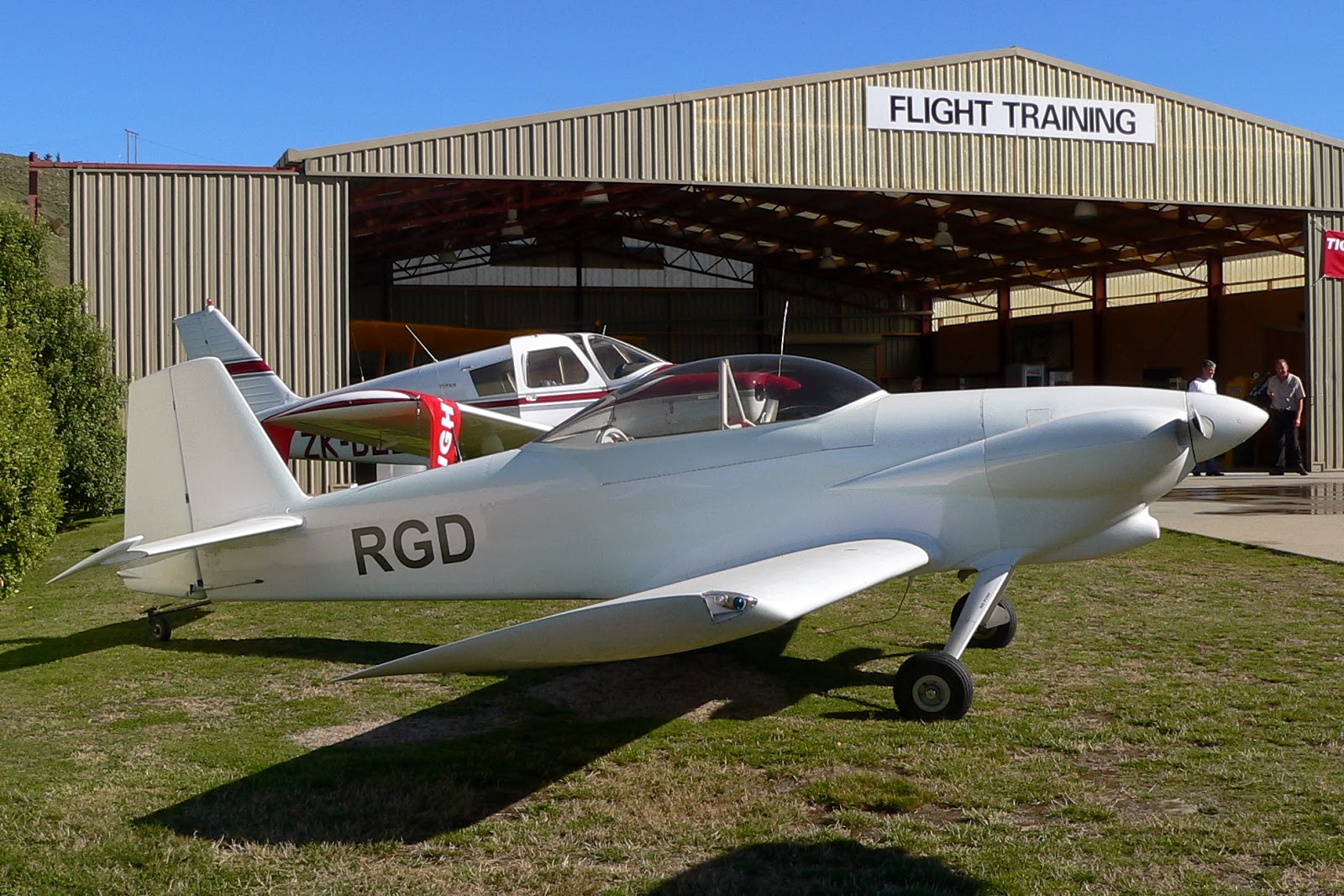 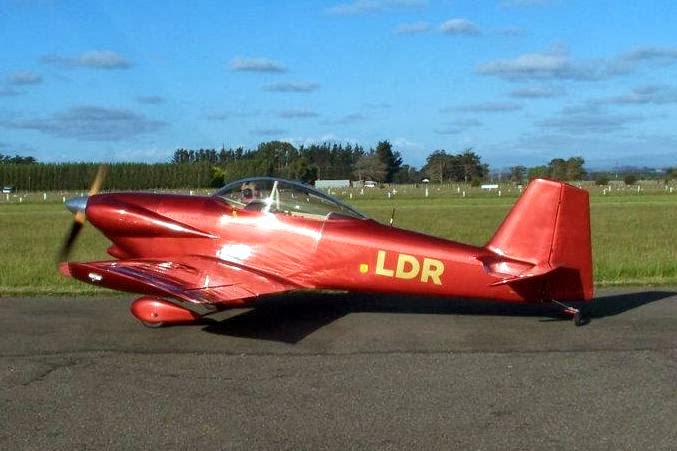 And our final RV 4 for now is Les Rogers' ZK-LDR which was first registered to him at Pahiatua way back on 16/12/91 although it was started even further back, in 1984.  Les completed the aircraft at Feilding and it first flew on 3/12/12, which makes it a 28 year building programme!  Thanks to Les Rogers for the above photo, which was taken at Feilding.

We will see more RV 4s on the New Zealand register in the future.  One nearly completed aircraft was for sale at the 2013 SAANZ flyin at Ashburton, and another, ZK-RVO, is being built in Christchurch, possibly with a diesel engine.  And of course there are plenty of other examples overseas - like the four RV 4s that have been imported to date.  To some extent, the RV 4 has been superseded by the RV 8 which has a roomier cockpit, although some claim that the RV 4 is the sweetest flying 2 seater Vans aircraft.

And then there are the RV 4s on steroids that I will post next.