A Bit of This and a Bit of That

With the end of the Christmas break in sight, it seemed timely to explore some goings on in the Manawatu/Whanganui/Taranaki area. First up, Helipro received two containers on 8 January, each of which contained a MBB BK117. N236KH (c/n7059) is an A3 model originally completed in 1985, and variously registered as D-HBNG, N159BK, N271 and finally N236KH from 2003. 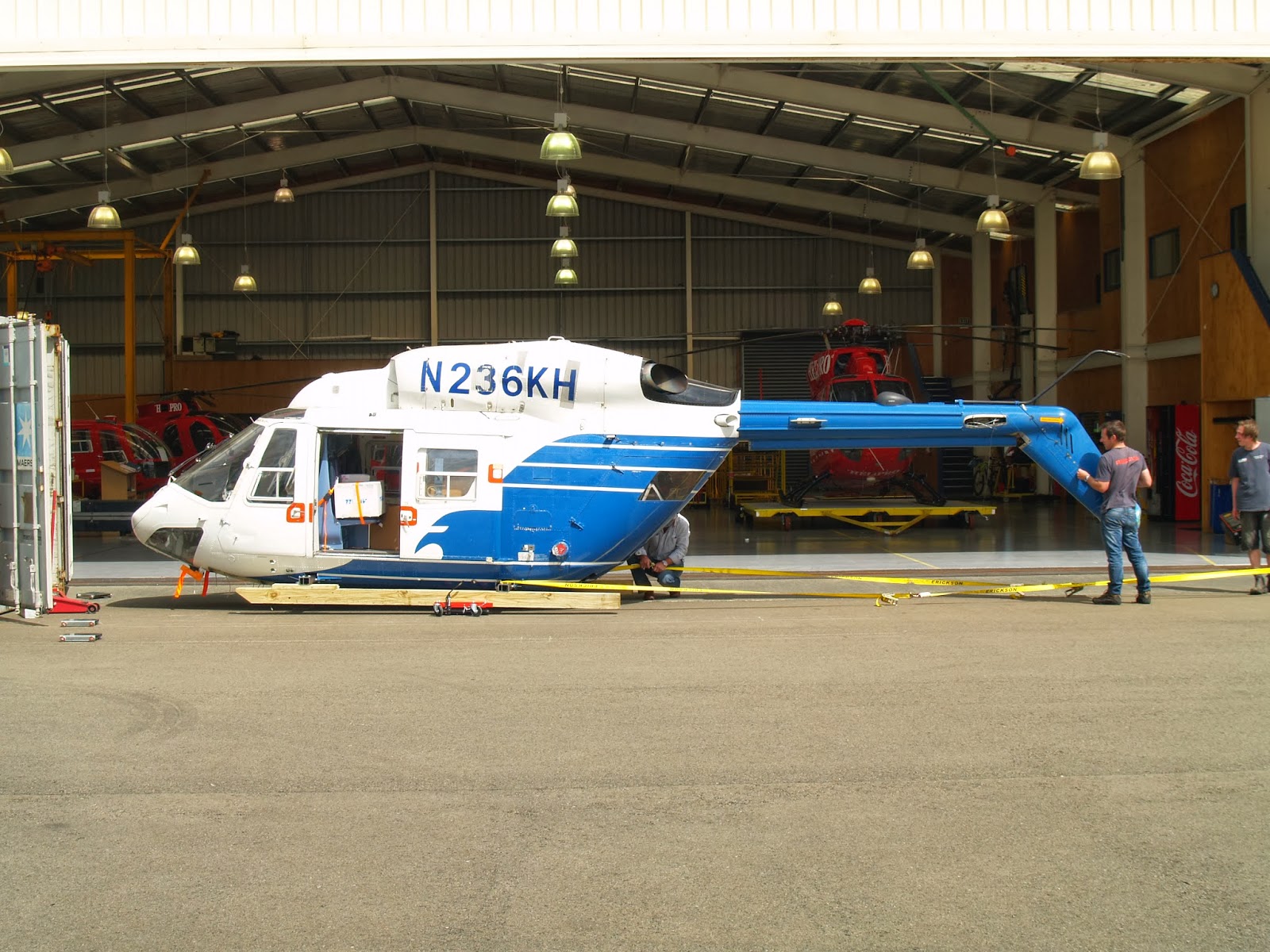 The other container held N378LF (c/n7124) and is an A-4 model first registered in 1987 as D-HBCS. It subsequently became N90202, then N378LF. Both machines were latterly operated by Canal Air LLC, out of Danbury, Conneticutt on EMS, although ownership changed to Helifleet 2013-01 LLC of the same address in 2013. It would appear that both machines have been stored over the last few years, both are quite low hours and their US registerations were cancelled at year end. It is expected the tail booms will be restored to their correct alignment as part of their flight preparation. 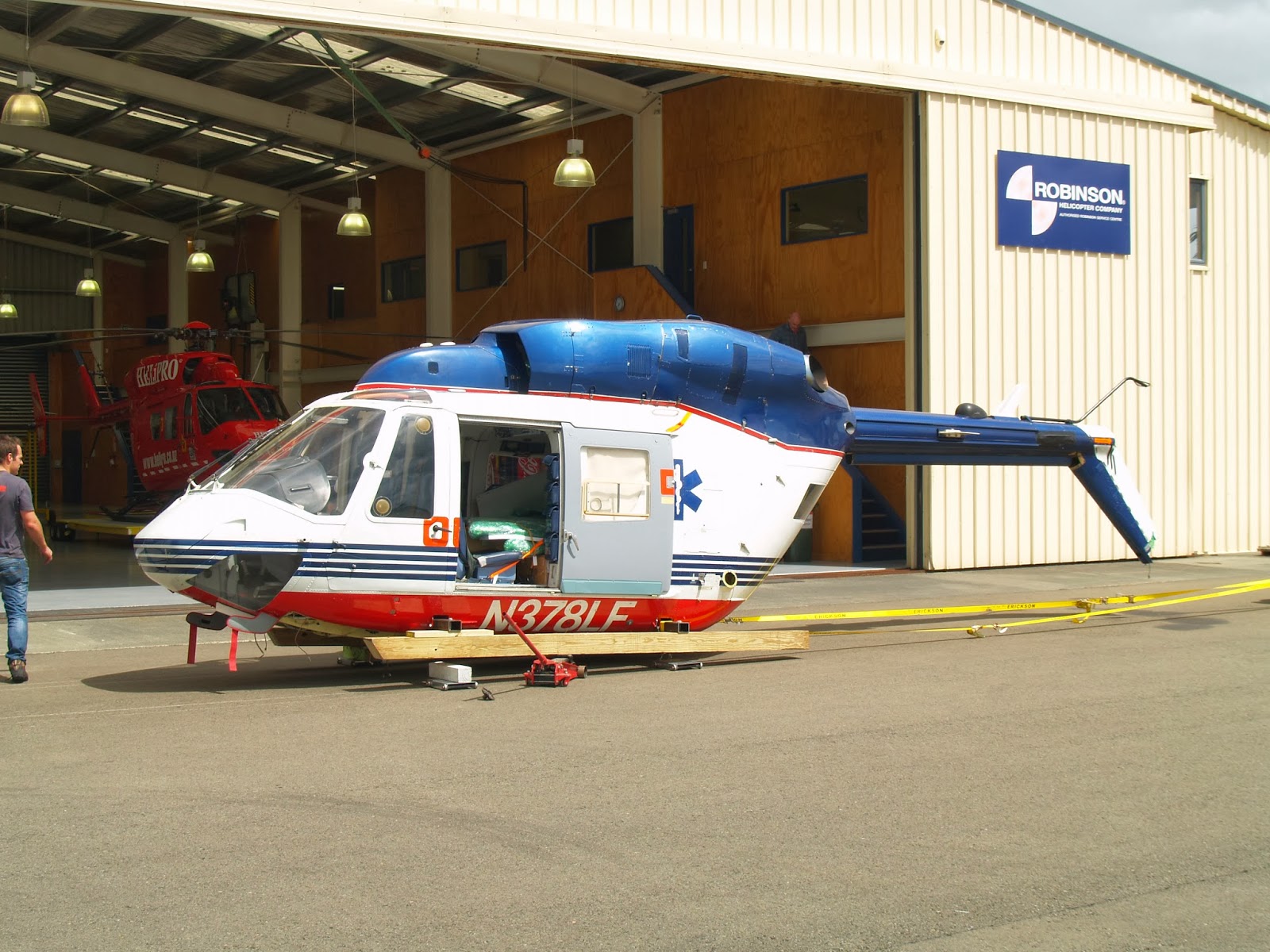 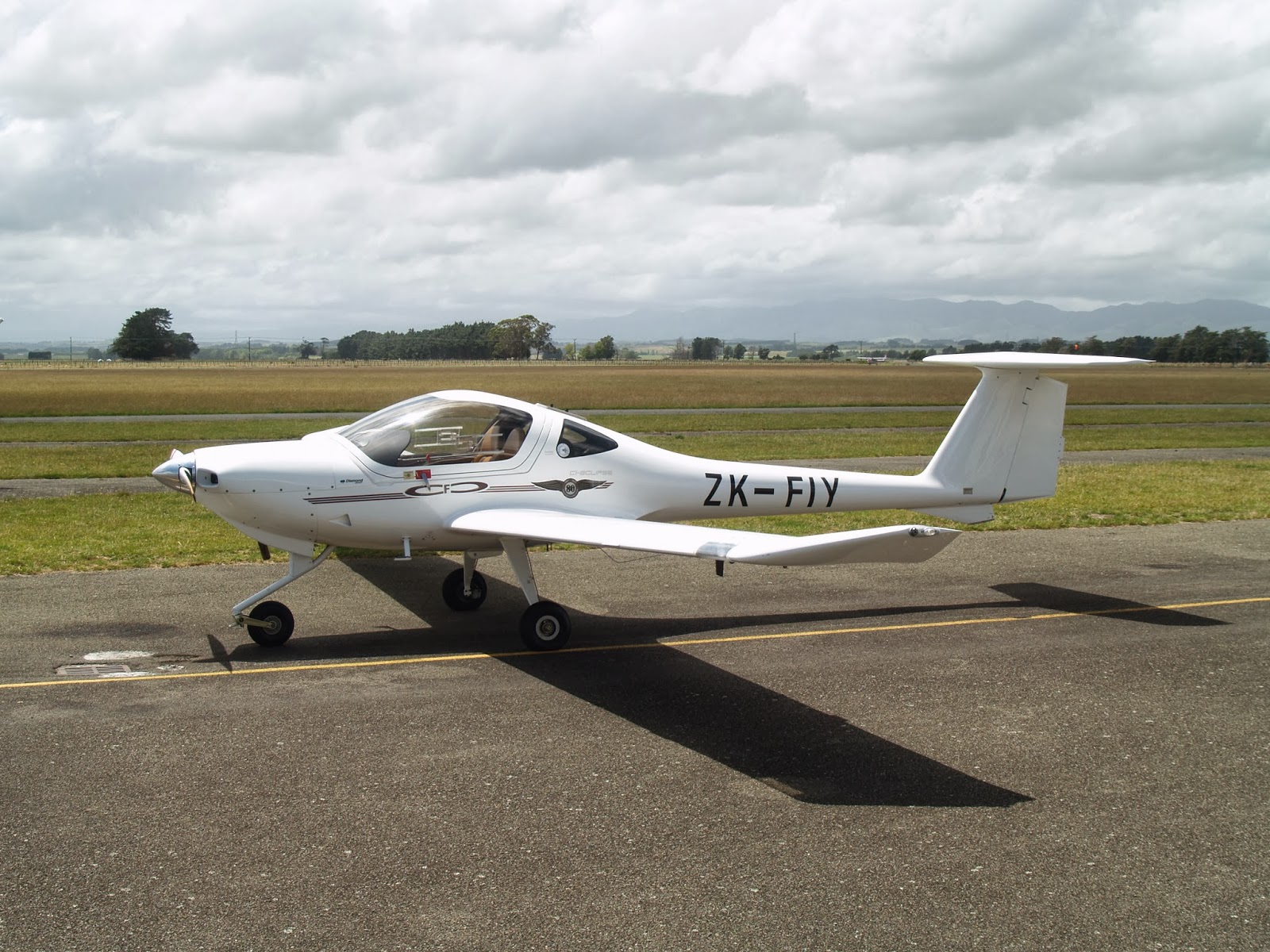 Up at New Plymouth, Helicopters NZ are fielding a growing fleet of Agusta 139's to meet the anticipated exploration boom. Latest to join are the pair from Omni Taxi Aero in Brazil. This one, AB 139 ZK-IHJ (c/n 31044) was built in 2006 and served initially with Abu Dhabi Aviation as A6-AWA. In 2010, it passed to Omni as PR-OMI, and arrived in Auckland with fellow traveller, PR-OMJ aboard an Emirates B777 freighter on 27 October. Also here now is AB139 ZK-HNE, which has previously been operating in Western Australia.
﻿ 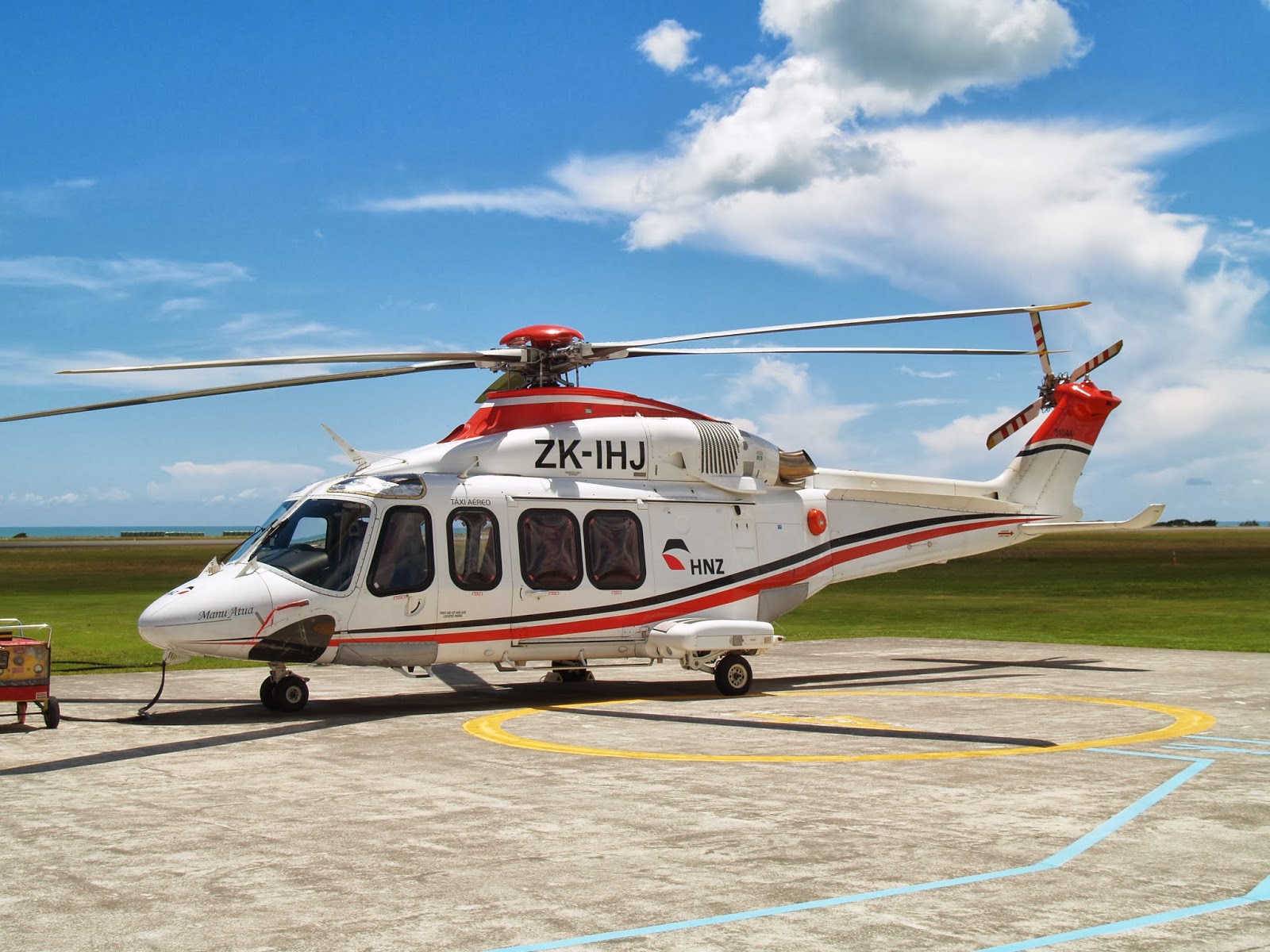 Just to calm things down a bit after all that excitement, Pete Robb's Hill Country Helicopters operate three smart H500E's out of Wanganui and Taihape. This is the most recent addition, ZK-ITJ (c/n 0219E), which was first registered in March 2012. Thanks Pete.
﻿ 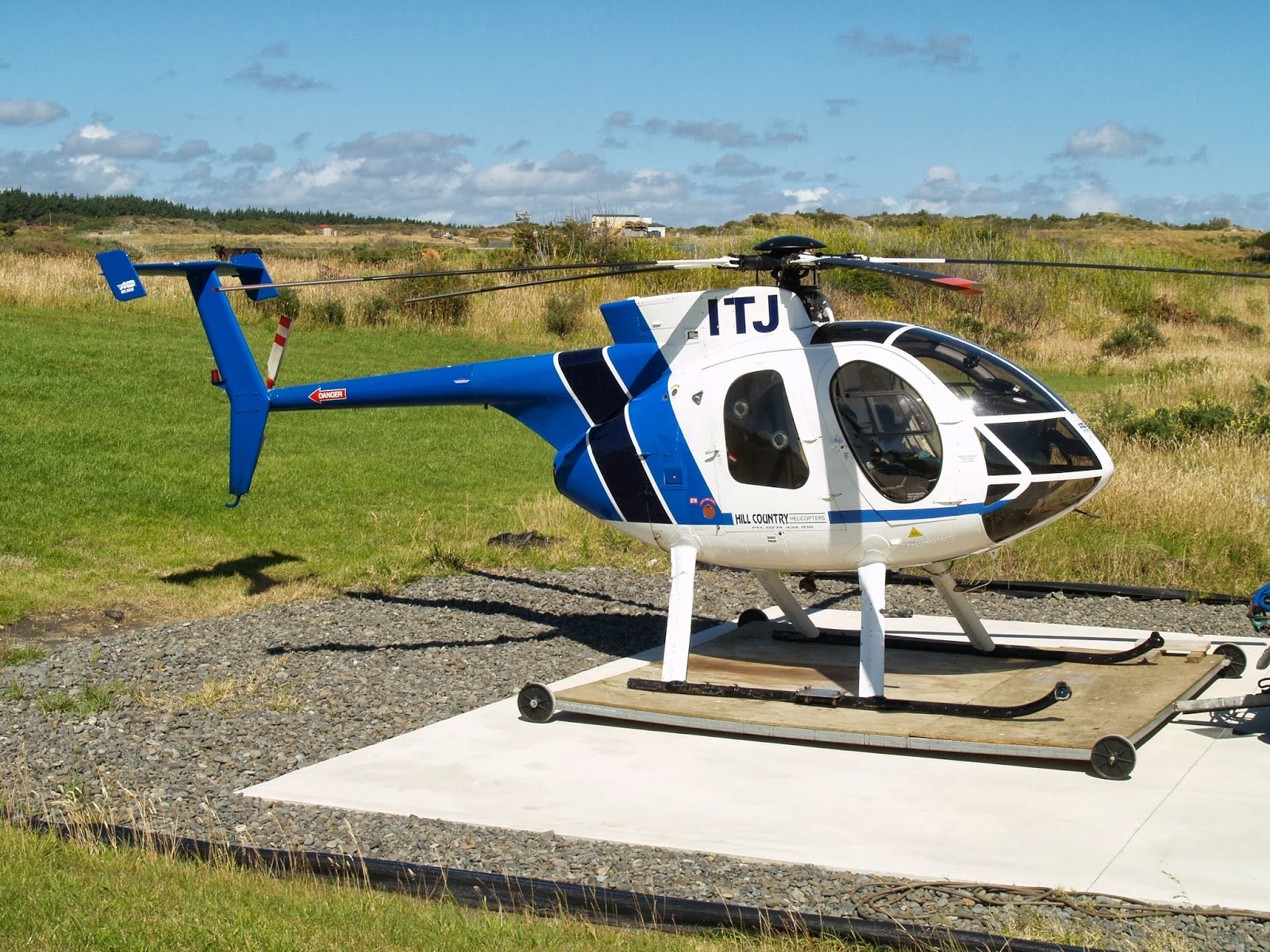