Back in the early to mid 1960's I remember this kid being given an old Kodak "Jiffy" camera.
The lens folded out on some sort of bellow arrangement and viewing was via a small prismn and the subject was tricky to frame up (inverted I seem to recall) which often chopped off the lower portion of the subject. It used 620 monochrome film.
Below are three fine examples taken at Taieri Airfield.
The De Havilland DH82A Tiger Moth ZK-AKC (c/n DHNZ97 ) taken inside the old National Airways (Aero Club) hangar in May of 1963. That is the tail end of the Slingsby Skylark ZK-GDE on the left. 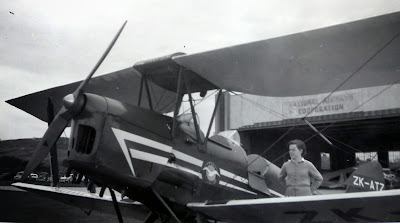 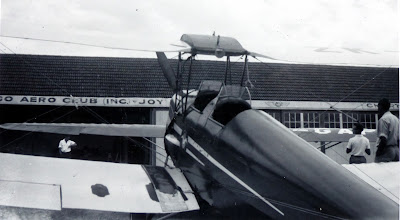