On drawing up a list of all New Zealand homebuilt aircraft, I came across a few that were missed in my single seaters posts, which I will now add.

The Super Pelican was the first design of Jean Rene LePage of Quebec in Canada.  It was an upgrade of the earlier Le Pelican with power from a half VW conversion of around 35 HP, which gave a cruise speed of 55 mph.  Construction was of riveted aluminium tube fuselage, and the wings were aluminium D section with foam ribs, and the whole aircraft was fabric covered.  The wingspan was 37 feet (11.28 metres) and the wing area was 140 square feet.  Empty weight was 210 pounds (95 Kg) and MAUW was 450 pounds (204 Kg).

Jon Farmer of Auckland held the agency for Ultravia aircraft, and he built the two Super Pelicans that we have had in New Zealand, as detailed below: 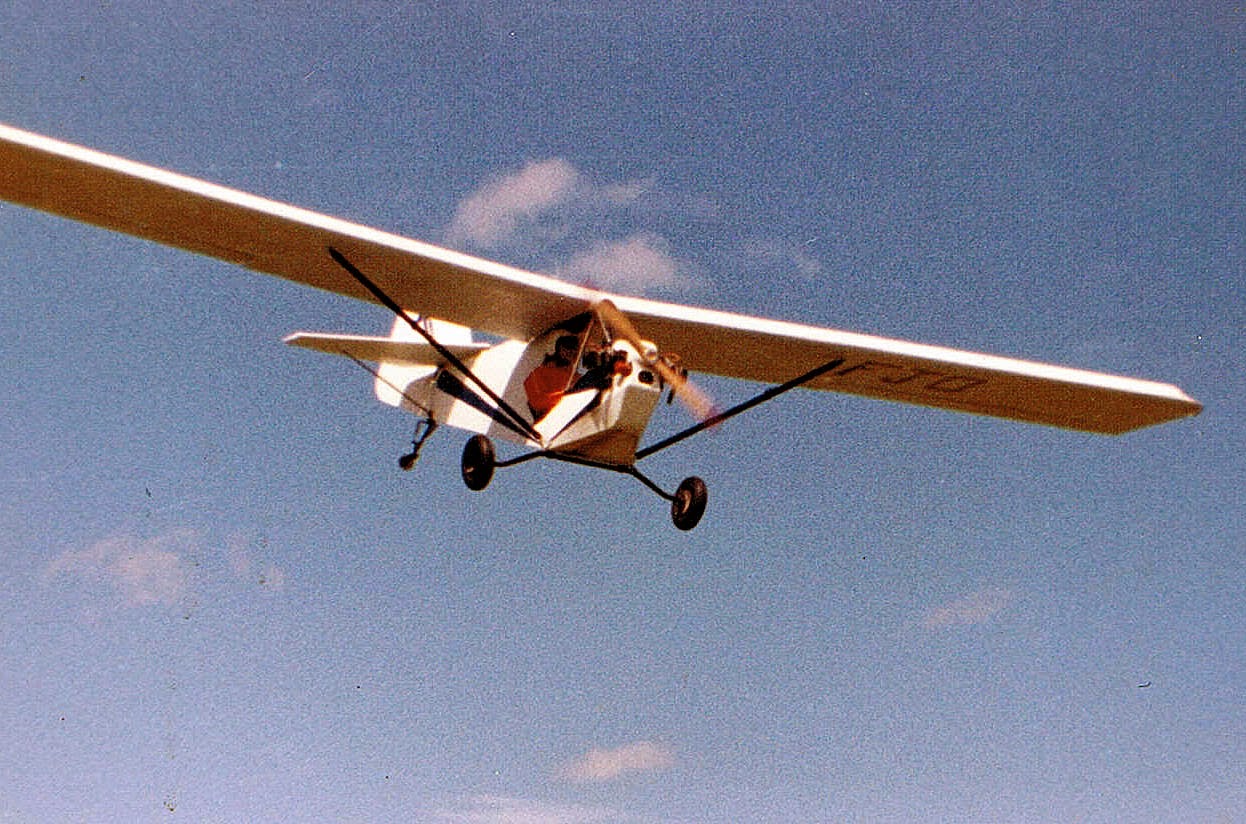 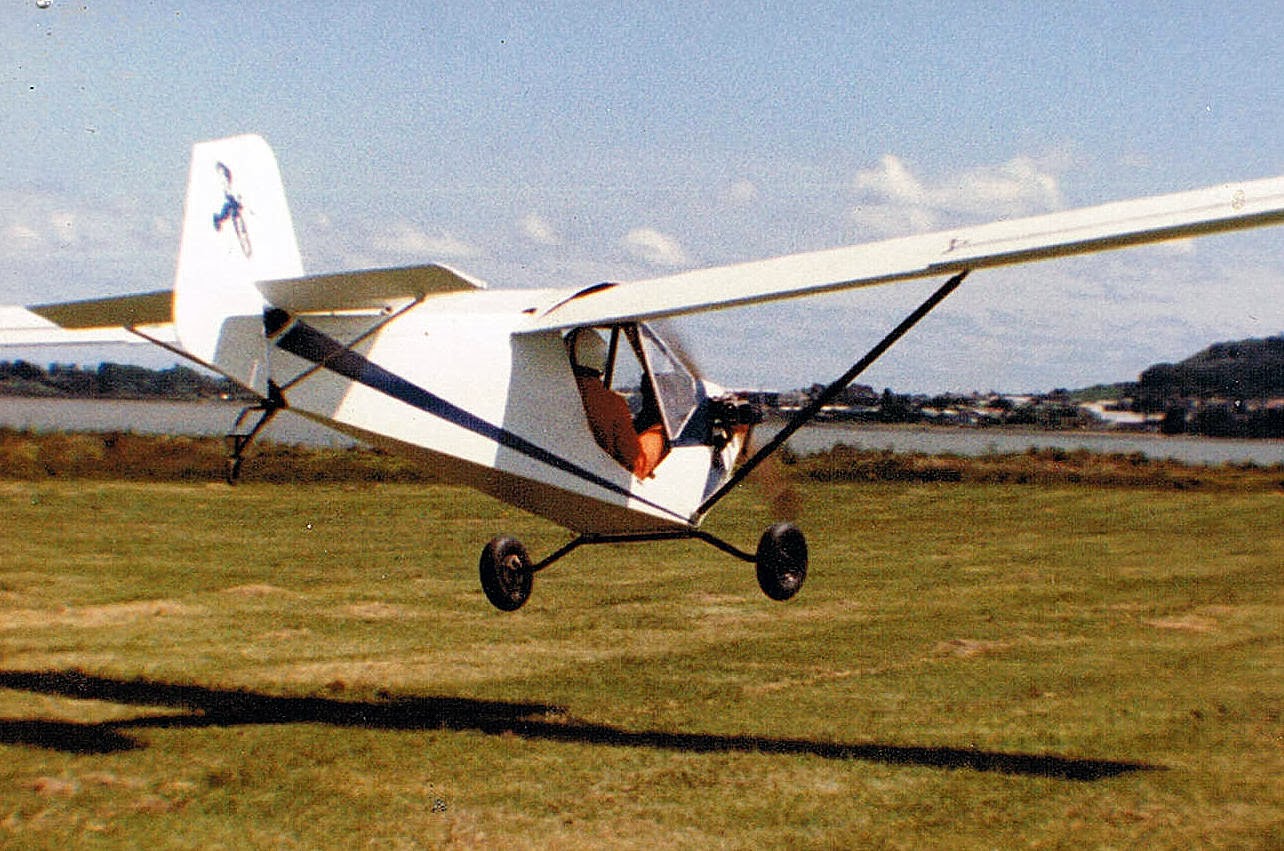 Here it is flying a Pikes Point airstrip.  Thanks to Jon Farmer for the above 2 photos. 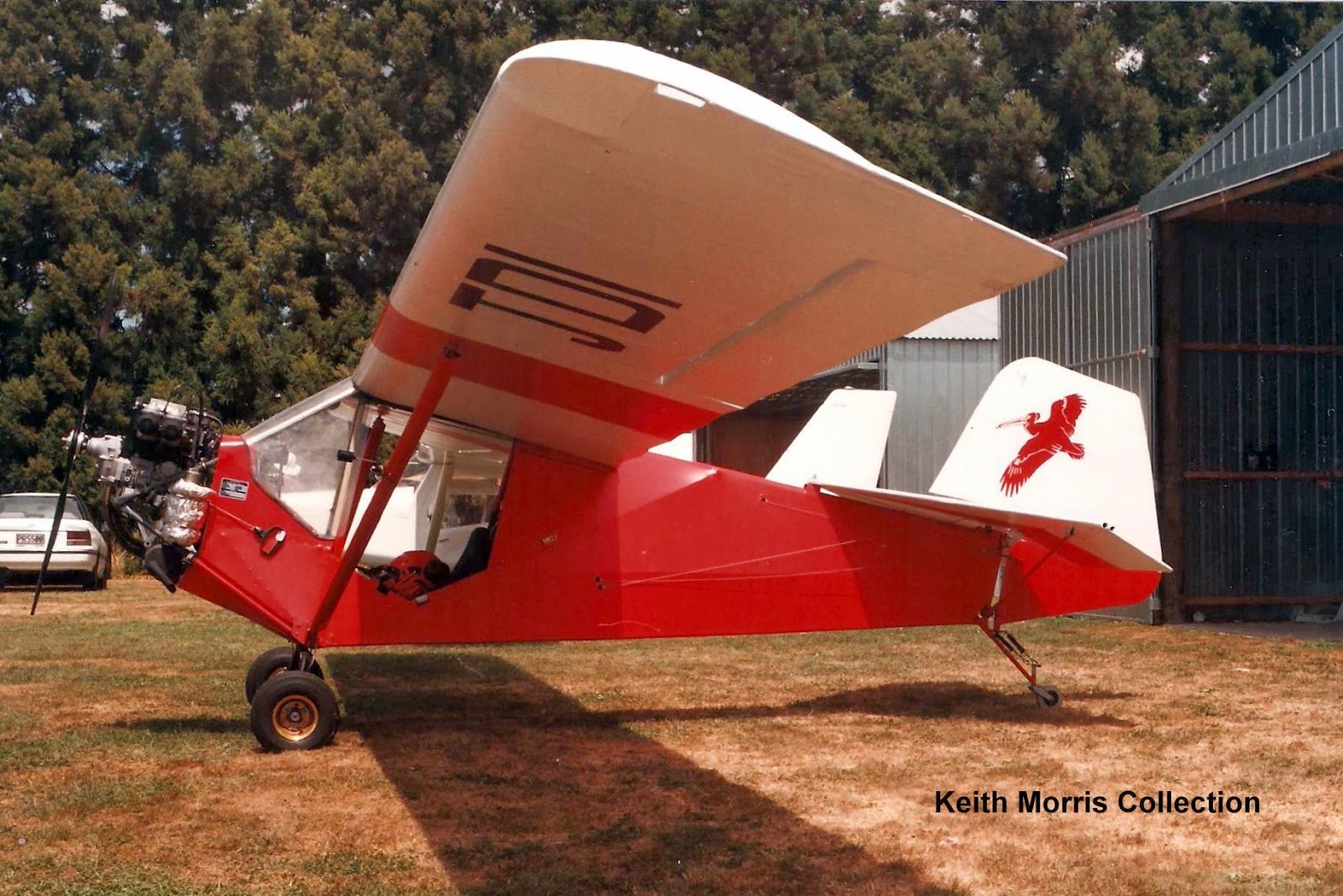 And our other Super Pelican was ZK-JDI (c/n JF2) which he built and first registered to Jon Farmer on 17/12/93.  This aircraft had a Rotax 508 engine, as photo'd above at the 2000 SAANZ flyin at Matamata.  It is still current but Jon told me that it is stored as a future restoration project.