"Let's Do The Time Warp Again!"

A flying visit to Gisborne Airport on 23 January produced on of those moments when you are instantly transported back in time to when we were young and the world awaited!﻿ Parked in the sun ready for it's test flight was reborn FU24 ZK-BYC, replete in the long-gone, but well-remembered James Aviation colours. Great used to be the anticipation in the seventies when we arrived at the back of the James Aviation hangars (now Pacific Aerospace) at Christmas to see what was new in the big line-up of  Fletchers, brought in from the far-flung bases around the North Island over the holiday break. But I digress.... Purchased last year from Don Subritsky by Sean O'Sullivan of Killarney Farm Awamate Ltd, out the back of Wairoa, the Fletcher has been transformed at Gisborne over the last six months or so. Sean intends to treat the machine as an historic artefact and hopes to display it at appropriate events. 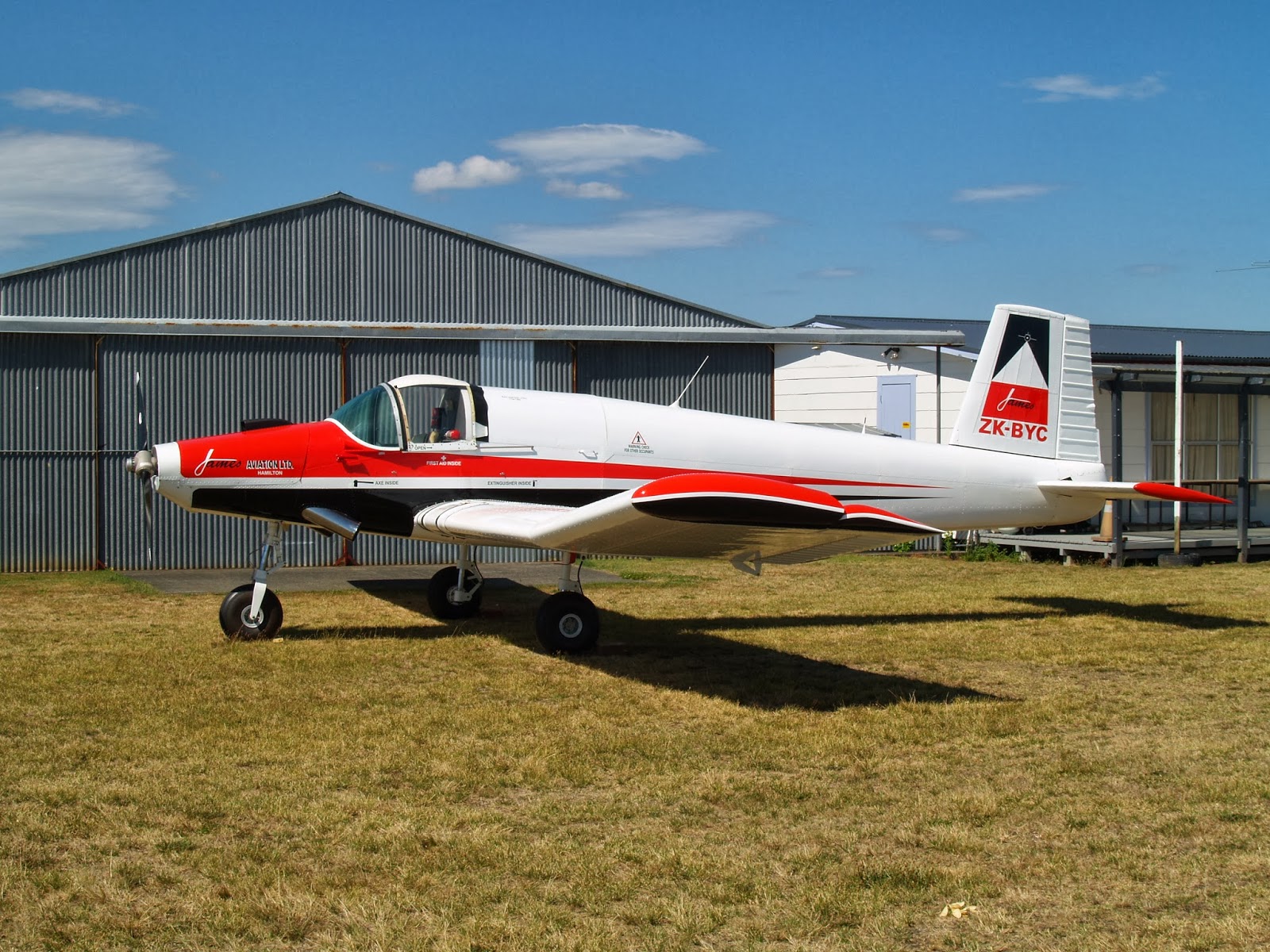 The history of ZK-BYC was covered comprehensively in earlier posts (see 21 August 2012). Just to refresh the memory, here she is at Invercargill on 26 December, 1971 after being transferred from James Aviation to Farmers Aerial Topdressing, an associated company operating in Otago and Southland.
﻿ 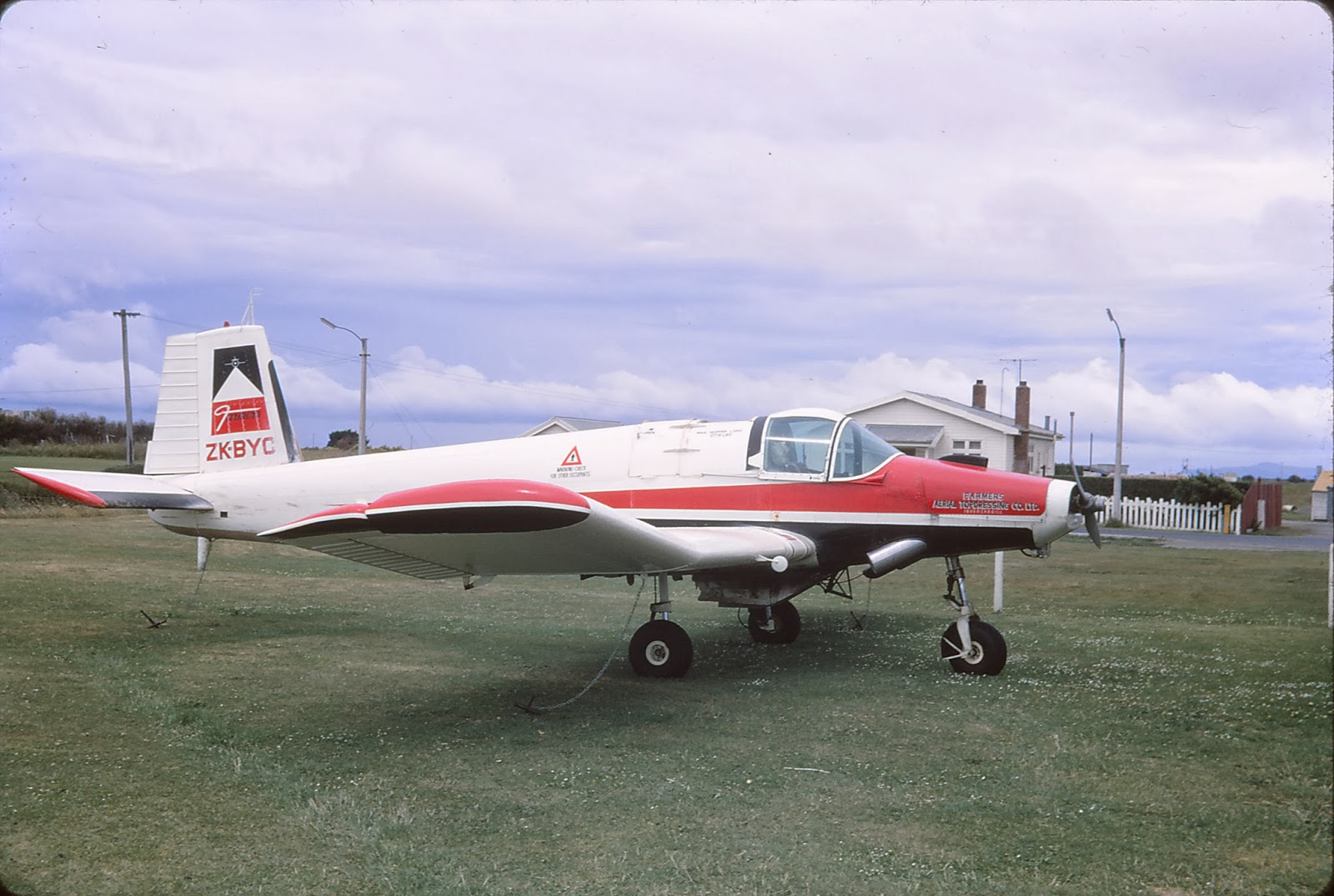 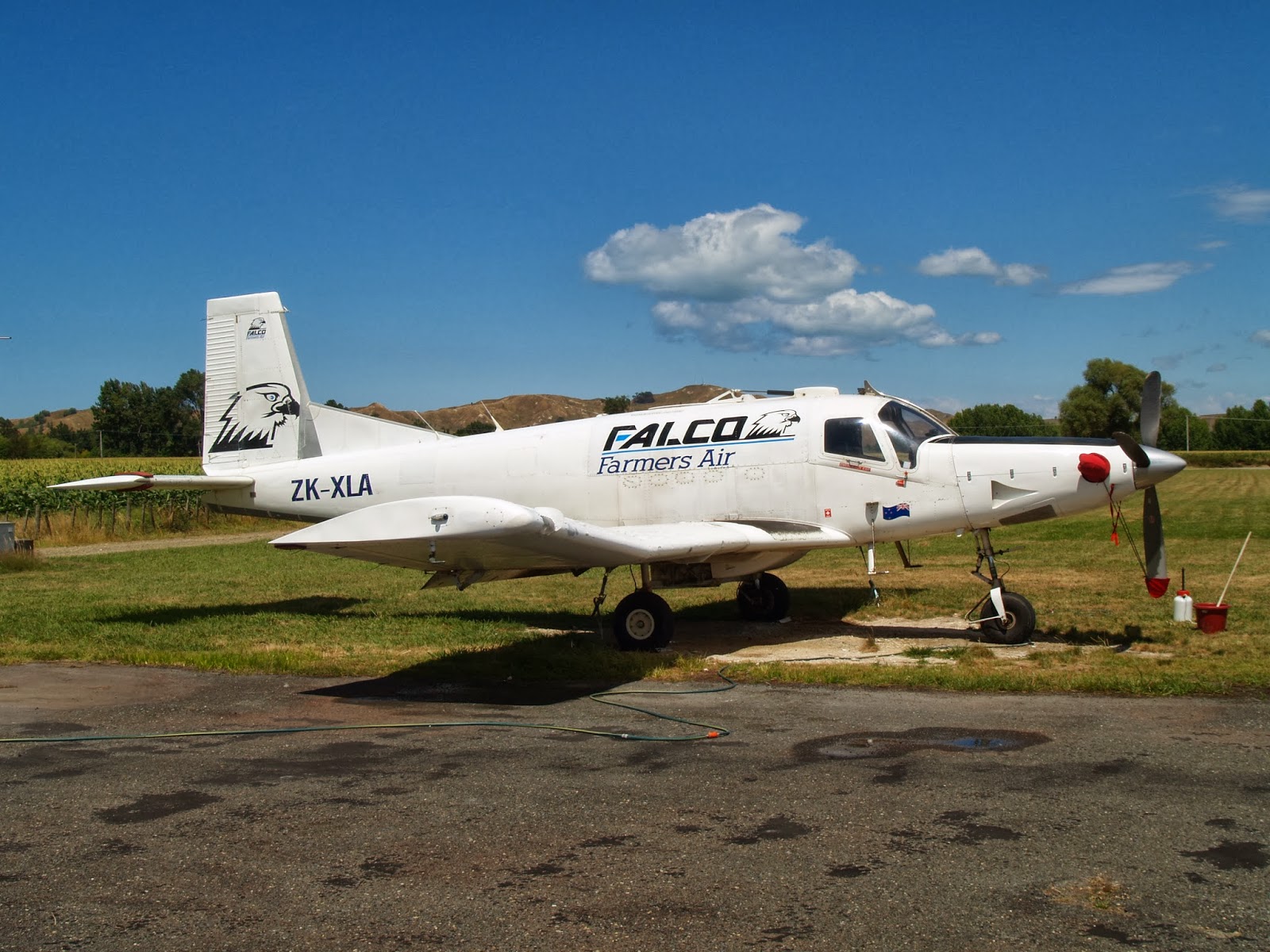