The Avid Amphibian was also designed by Dean Wilson (the designer of the Avid Flyer) and it was introduced 3 years after the Flyer, in 1986.  It does not seem to have much in common with the Avid Flyer, and in 1992 it was re-named the Catalina.  The arrangement of the ailerons seems to be similar to the Avid Flyer.  I assume that kits for the Avid Amphibian were available from Dean Taylor's company Light Aero of Caldwell, Idaho. 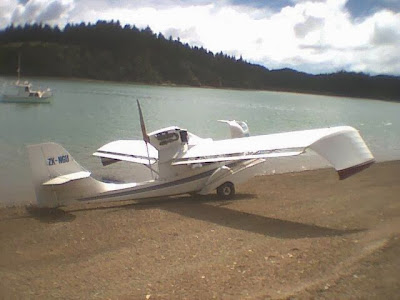 Our only Avid Amphibian was Stuart Mitchell's ZK-NGU (c/n 556), which he based out of Ngunguru- where the above photo was taken.  It was first registered on 17/7/92.  I do not have a record of who took the photos in this post. 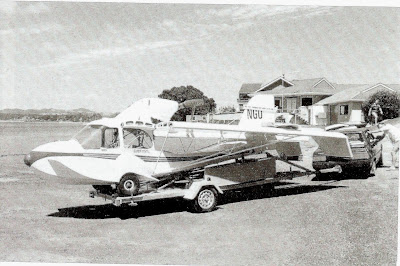 ZK-NGU had folding wings as can be seen in the above photo, and it was named "Maroro II".  Maroro I was a wooden yacht that Stuart Mitchell built many years earlier.  It can be seen that the wings are folded horizontally which is different from the Avid Flyer. 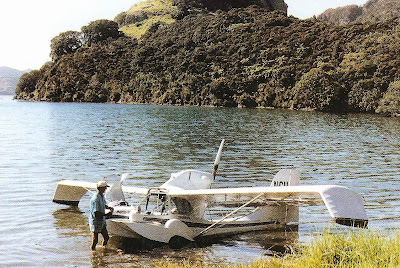 Here is ZK-NGU in its element on the Northland coast.  An idyllic scene with Stuart Mitchell holding the nose.  I scanned the above 2 photos from Sport Flying magazine. 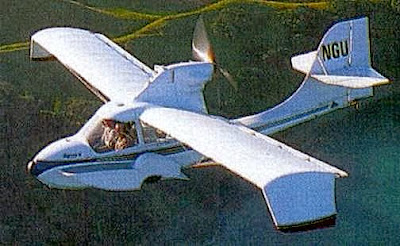 And finally an image from the internet which shows the lines of the Avid Amphibian off well.

ZK-NGU was sold to R S Hamblett of Wellington on 1/7/03 and it is currently listed to him at Wanganui.  I am not sure if it is still active - can anyone advise?