The first Open Day weekend of The Vintage Aviator's season took place over the weekend of the 26th and 27th November.  Unfortunately the weekend bought severe gale winds across the lower North Island including Masterton so any flying was not possible.  However the display hangar was open and one upside of the winds was that we could inspect the 18 WW 1 aircraft that were on display up really close.

Since I last attended Hood aerodrome, for the 2015 Anzac Day celebrations, the collection has grown by a remarkable four aircraft, all of which have flown, (and one other BE 2e has also been registered and has gone to Ardmore for the NZ Warbirds).  All four of these new machines were on display: 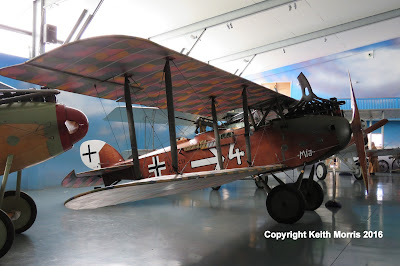 Luft-Verkehrs-Gesellschaft (LVG) C VI ZK-LVG was built for TVAL by the Memorial Flight Association at la Ferte-Alais in France  It was built as an exact reproduction alongside an original LVG C VI that the Memorial Flight Association was rebuilding for static display at the Musee de L'Air at le Bourget in Paris.  It is powered by an original Benz Bz IV engine that was restored by TVAL.  The detailing on the aircraft is amazing.  It is painted to represent the aircraft flown by Lieutenants Weymar and Haselhoff, serial number 4208/18, on observation duties in 1918. 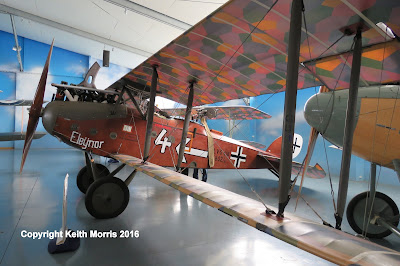 As can be seen, it has different names on either side of the nose - Mia and Eleynor. 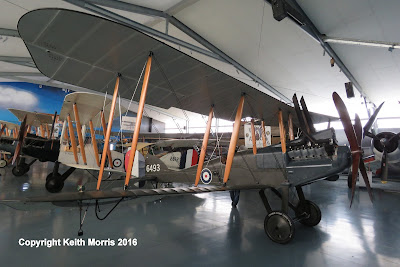 Registered as a The Vintage Aviator BE 12-1, ZK-ZEP is an accurate reproduction of a Royal Aircraft Factory (RAF) BE 12, which was a development of the BE 2c (which had equal span wings), with a more powerful 150 HP V 12 RAF 4A engine.  It is painted in the colours of No 50 (Home Defence) colours from 1918. 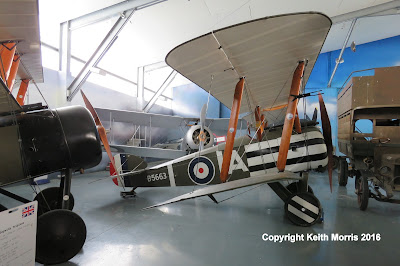 Sopwith Camel F1 ZK-SDL is an original Camel F1.  I understand that not much is known of its actual history, but it was built by the British Caudron Company and imported into America by the Chamberlain Rowe Aircraft Corporation in 1920.  It eventually ended up in the collection of Frank Tallman of Tallmantz Aviation Inc and they refurbished it, registered it as N6254 and it flew again in 1955.  It is powered by a Clerget rotary engine.  It is painted in the colours of Flight Lieutenant Wilf Curtis of No 10 Naval Squadron of the RNAS in 1917. 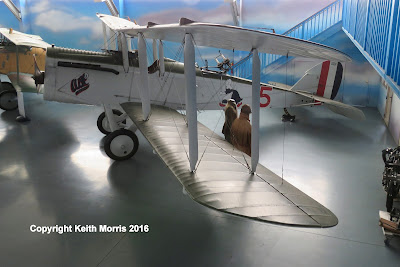 Replica De Havilland American DH4 ZK-DHA2 was built by Century Aviation of East Wenatchee, Washington State for The Vintage Aviator, with TVAL finishing the aircraft in their New Zealand workshops, including the restoration of the original 400 HP Liberty V 12 engine.  TVAL also did the fabric covering and painting and manufactured the wheels and propellor and installed the instruments.  The aircraft is presented as 32224 of the 50th Observation Aero Squadron of the USAS, coded 5, from 1918.  Usually USAS aircraft only had the serial numbers applied, but the 50th Squadron had their aircraft marked with the 'Dutch Girl" logo from Old Dutch Cleanser (a well known brand in the US at the time), with the idea that they would "clean up on Germany".


Thanks very much to Minicooper and son for their company on the trip to Masterton, and to Minicooper for keeping the car on the road in the gale force winds over the Rimutakas!

The next TVAL Flying weekend is scheduled for the 17th and 18th od December.