There were quite a few interesting aircraft around the aero club area when I visited: 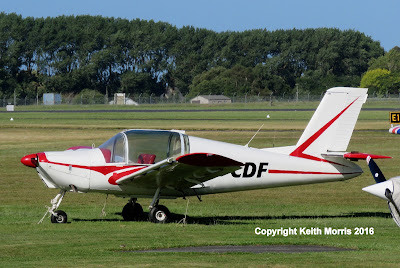 Morane Saulnier MS 885 Super Rallye ZK-CDF (c/n 5248) is now owned by HTH Davison of Culverden so it is a long way from home.  It was also noted at Hamilton last Christmas.  This is a real oldie, having been first registered in December 1962 which makes it 54 years old! 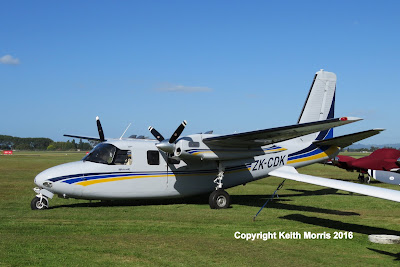 And another aircraft of similar vintage was Aero Commander 680F ZK-CDK (c/n 680F-1289-132).  Following the demise of NZ Aerial Mapping this aircraft is now owned by Telomeres Aviation Ltd of Havelock North, and it still has all of its aerial photography gear fitted. 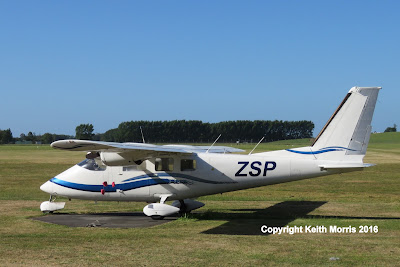 Partenavia P-68B ZK-ZSP is the ex New Plymouth Aero Club example but it has been owned by Taxlaw Ltd of Hamilton since November 2015. 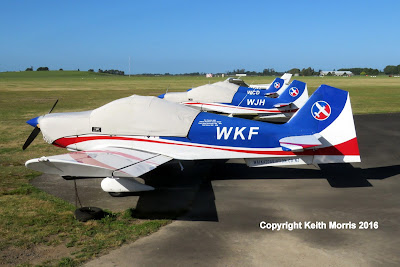 And as part of their fleet rationalisation they are selling their two Tecnam P2008s on Trade Me.  I was told that these aircraft were not suitable for all year round training in all weathers. 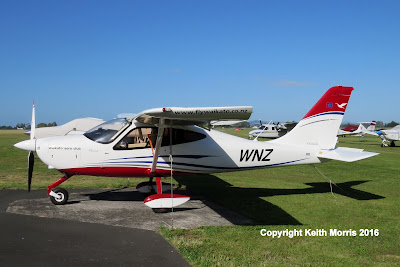 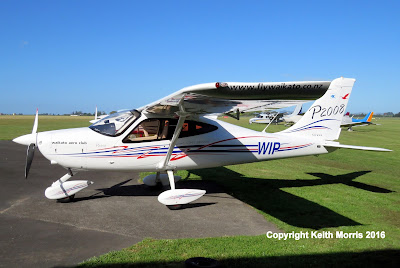 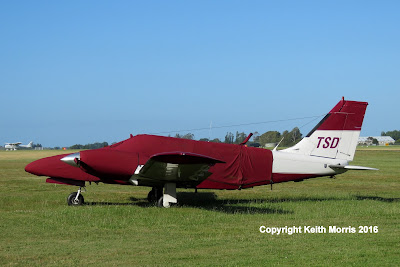 I wouldn't usually take a photo of a plane that is all covered up but Piper PA 34-200T Seneca ZK-TSD (c/n 34-8070356 and ex ZK-DCQ) was so neatly covered with matching colours that I thought it was an impressive sight.  It is owned by Willis Management Structures Ltd of Hamilton.
Posted by Sir Minty at 11:49