I was talking to Brian Taylor at Dargaville yesterday and he told me that he has been tweaking his Pit Bull gyroplane ZK-RUN with some re-work on the rotor head and also with the addition of fins to the tailplane, and the handling has improved. 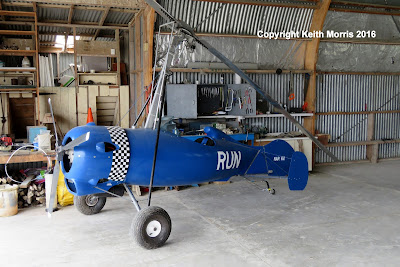 Details of the Pit Bull have been posted previously at http://nzcivair.blogspot.co.nz/2016/07/pit-bull-running-at-dargaville.html