This photo was sent to me by westland831 (check out his great blog at http://3rdlevelnz.blogspot.com/). It shows a Cessna 182 marked as ZK-DFQ. But what you see is not what you get. (it is actually ZK-DCJ cunningly disguised).

I will now try and sort out the tale of these two Cessna 182's ZK-DCJ and ZK-DFQ. 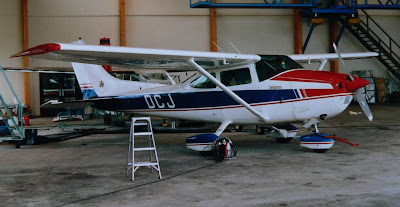 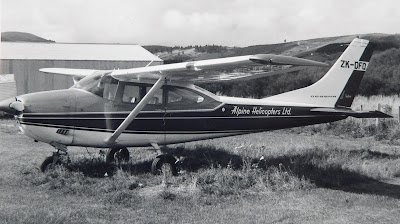 Now the damaged airframe of ZK-DCJ was repainted to represent ZK-DFQ to be used in a movie (the name of which I have long forgotten) which involved crashing the aircraft into the bush.
I recall seeing the movie and the crash scene clearly showed the ZK-DFQ registration. 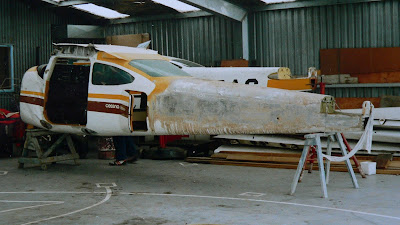 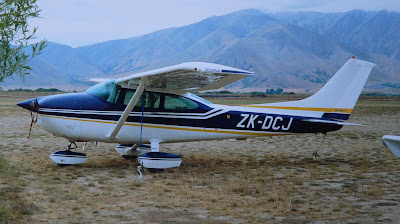