Cessna 185 , c/n 185-0212 was a product of 1961. Like most Cessna's of its time it was allocated a US registration by the Cessna Aircraft Company even though it was for immediated export. Cessna tended to use blocks of registrations for specific models. The numbers applied to the aircraft often carried the same last two numbers of its construction number. In this case c/n 0212 became N4012Y. These registrations were often not marked on the aircraft and instead they used the Cessna test registration of N11B

This airframe came direct to NZ for Rural Aviation Ltd of New Plymouth and was registered as ZK-CAV on 04-09-1961. It had its first flight in NZ at New Plymouth on 12-10-1961 with its registration being transferred to the Manawatu Aerial Top Dressing Company Ltd on the 13th. With them it became fleet number 7.
The first photograph (in magic monochrome) shows it at rest on the 17th of May 1964 at Masterton.

The second & third views were taken sometime in 1967. 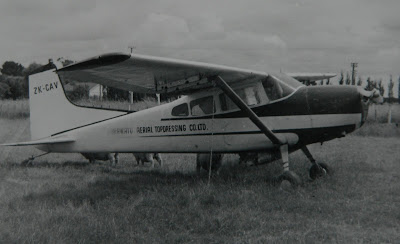 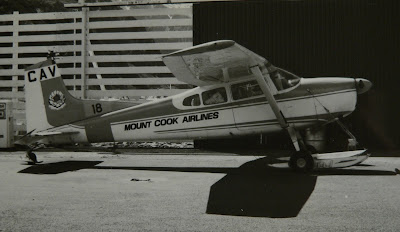 It was transferred to Richard John Aubrey of Omarama on 13-01-1986 and remained there until it was noted for sale in late 2009. I believe it went up to John Geary at Ardmore and was registered to Martin Aviation Services Ltd on 30-12-2009. 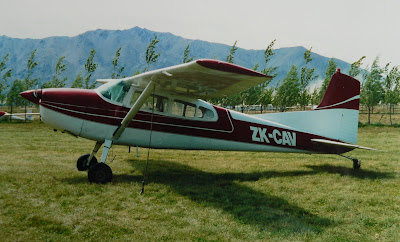