The late 1960's Turbulents - we are getting there!

The photos are from the Keith Morris collection unless otherwise credited. 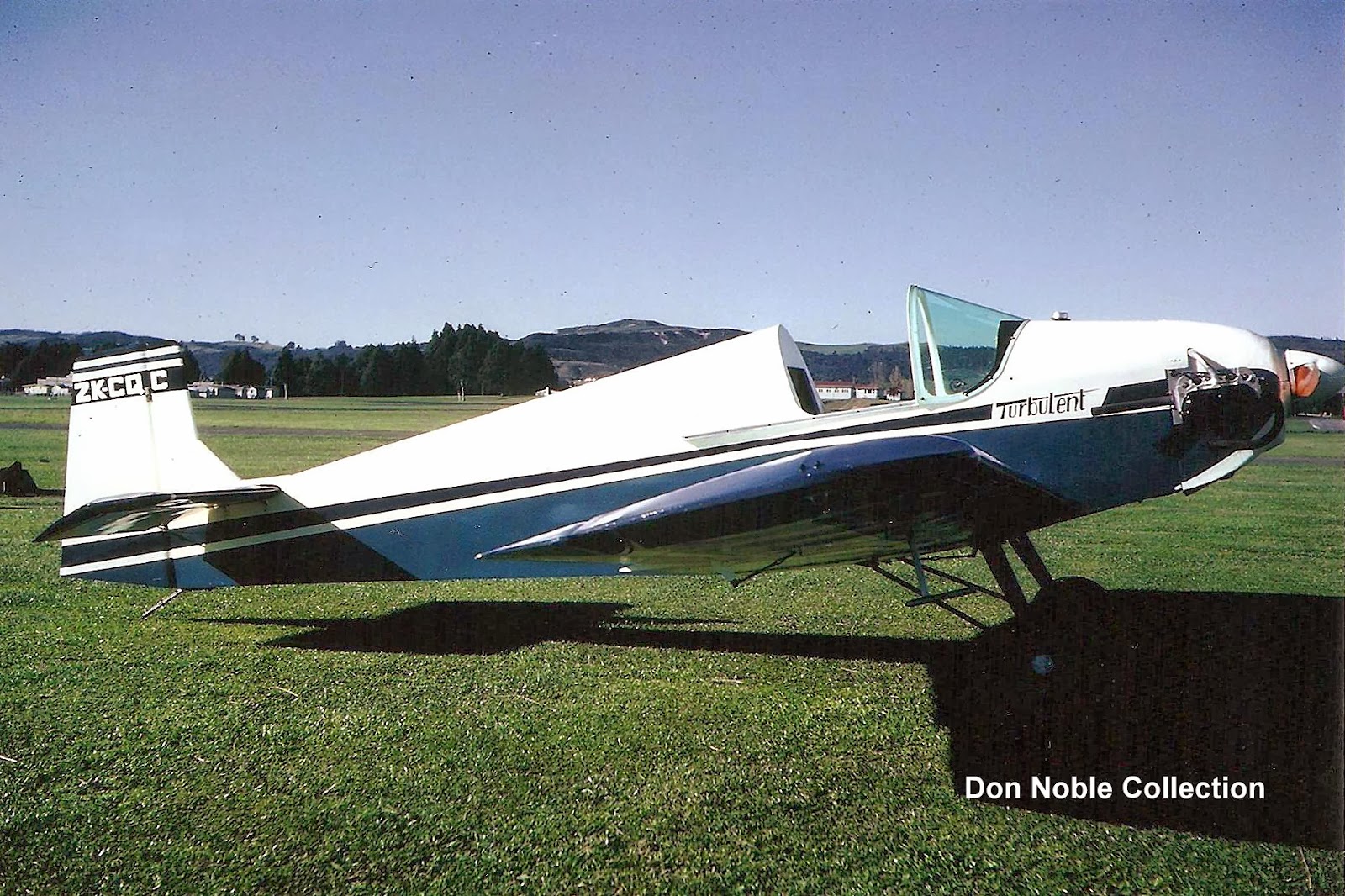 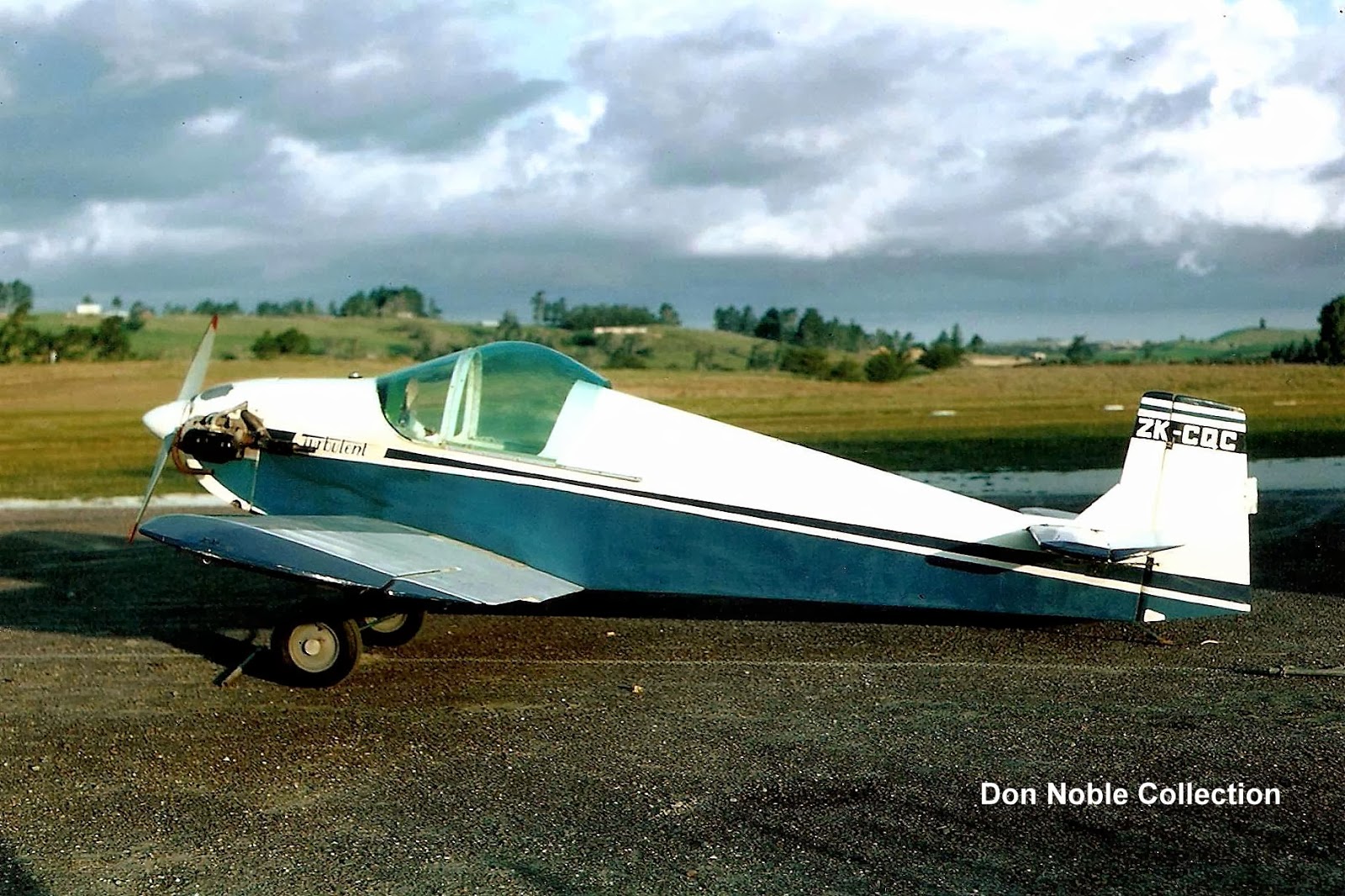 ZK-CQC (its c/n is recorded as AACA/14 but I think it must have been AACA/29. Merv Meredith was AACA member number 14 but Abram Water was AACA member number 29). ZK-CQC was a little different - it was constructed by Abram Water in Holland and shipped to New Zealand by him when he immigrated here. He then finished the aircraft in New Zealand and it was registered on 1/7/66. It is photographed here early on in its life at Ardmore. This was one of the first Turbulents to have a bubble canopy and it had really nice lines. 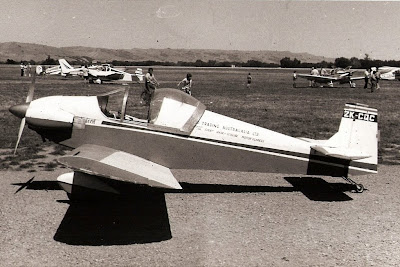 Bram Water went on to form Aero Trading Australasia Ltd and he was instrumental in developing the successful Airmaster variable speed propellor which was proved on Europa ZK-UBD. In this photograph taken at the 1972 AACA flyin at Masterton where ZK-CQC is painted up with Aero Trading signage. 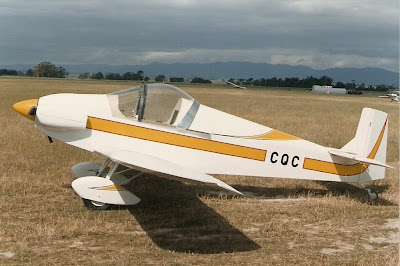 Norm Bottcher owned ZK-CQC with a co-owners A Keeys and Jim Fordyce in the Feilding area, and he refurbished it and painted it in this very attractive colour scheme, as shown in the photograph taken at Feilding. Norm sold it on 25/1/00 to Ultraflight NZ Ltd of Dargaville, who redesignated as a Class 1 microlight. It was finally sold to Alan Murgatroyd of Kerikeri on 9/11/01 and it is still current. 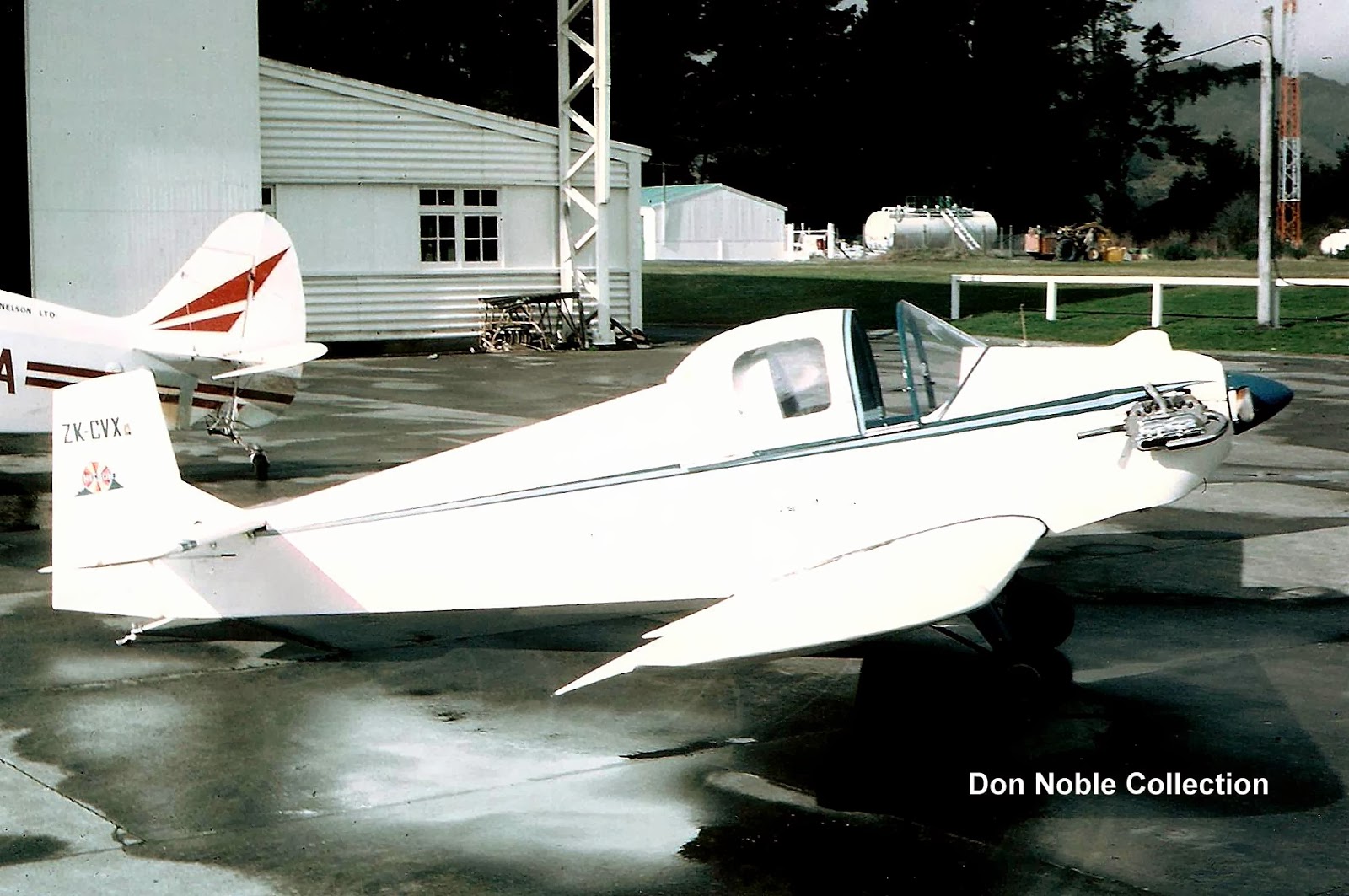 ZK-CVX (c/n AACA/40/1) was built by Ron Muncaster at Nelson and was first registered on 15/11/67. Ron sold it to Robert Trewavas on 14/11/72 and Robert did many flights in it all over New Zealand (Robert Trewavas also owned Turbulent ZK-CBN). 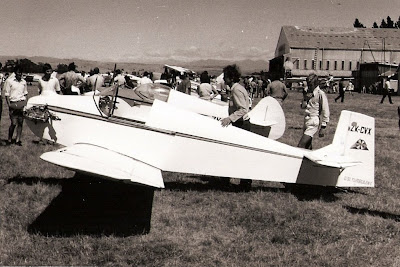 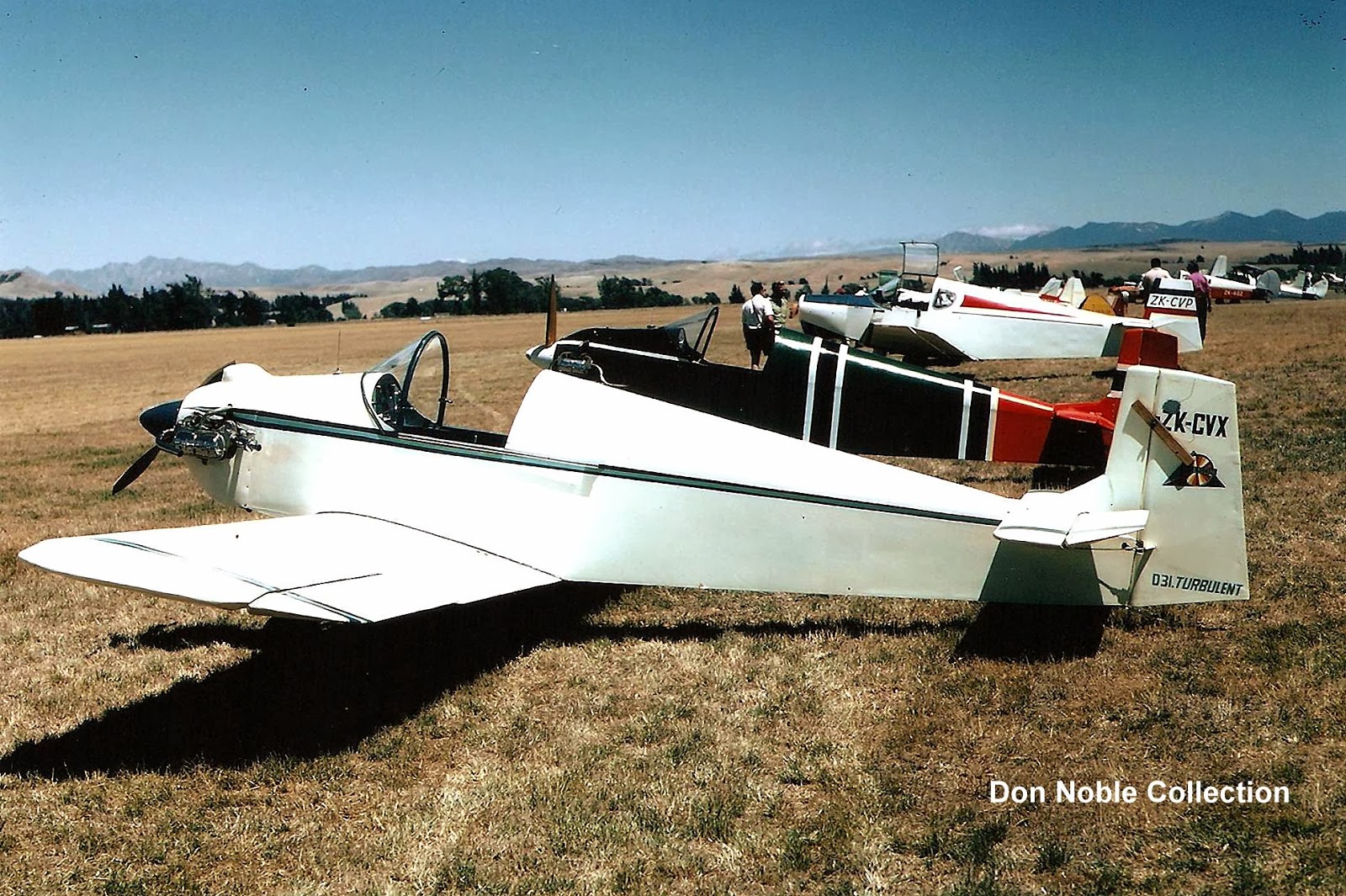 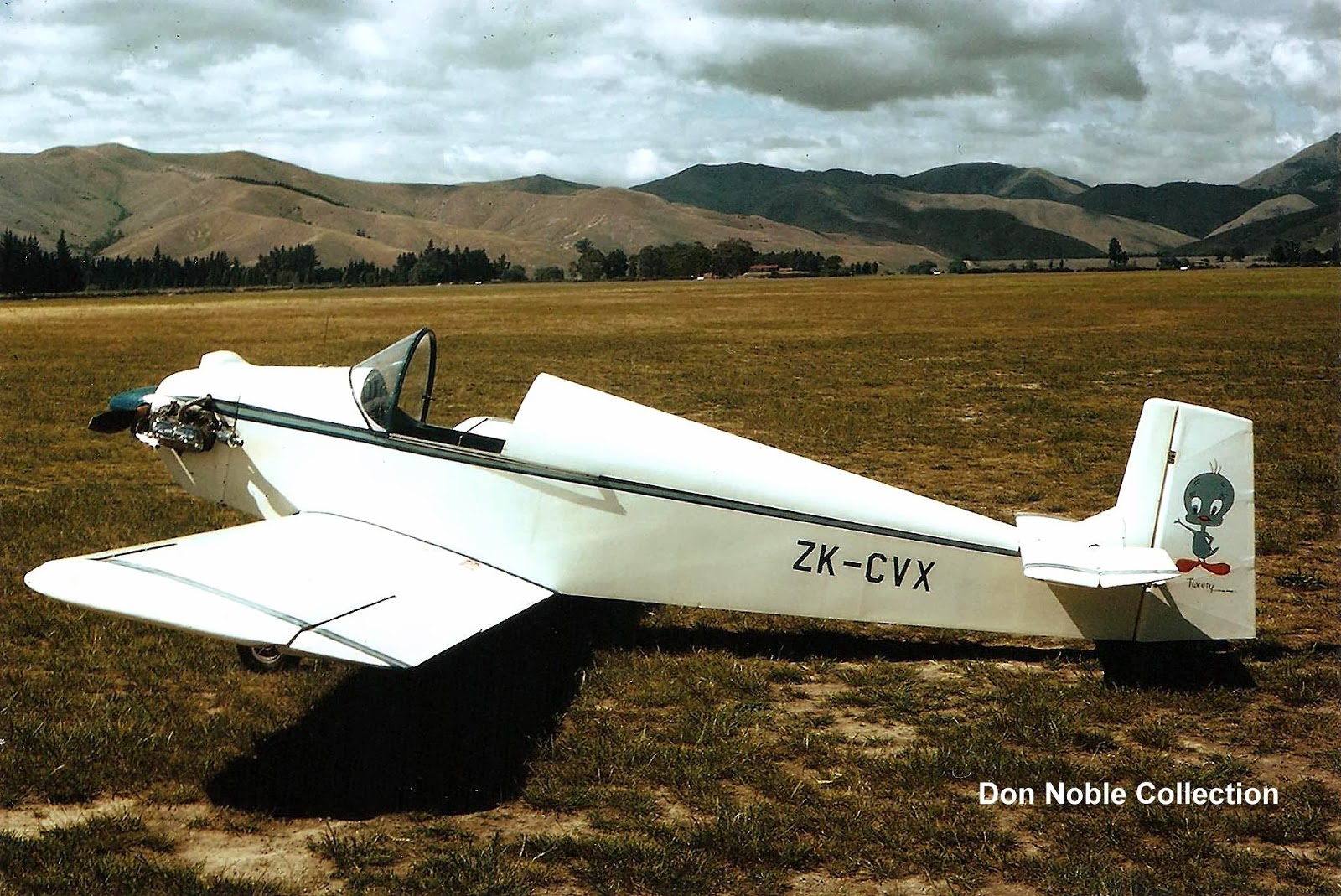 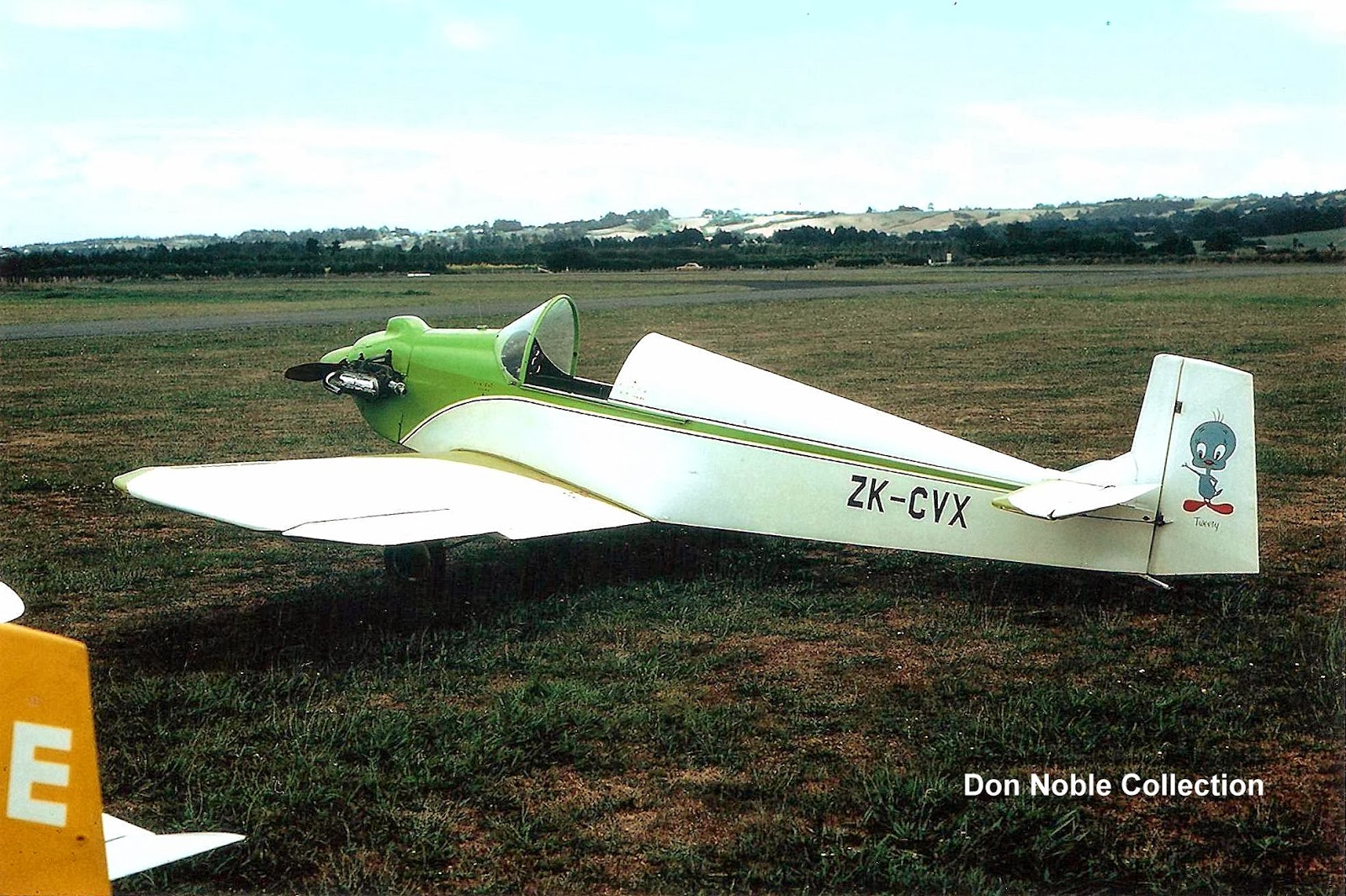 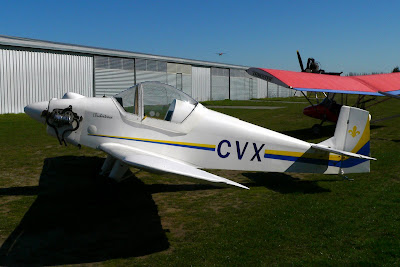 It was sold to Stuart Harris of Rangiora on 23/4/03, who renamed it "L'Enchantresse" as in this photograph taken at Rangiora by Blue Bus. Finally it was sold to Aaron Reid of Fairlie, on 12/10/11.  ZK-CVX is also still current. 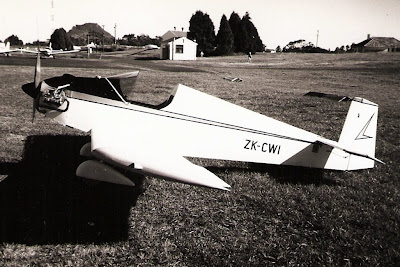 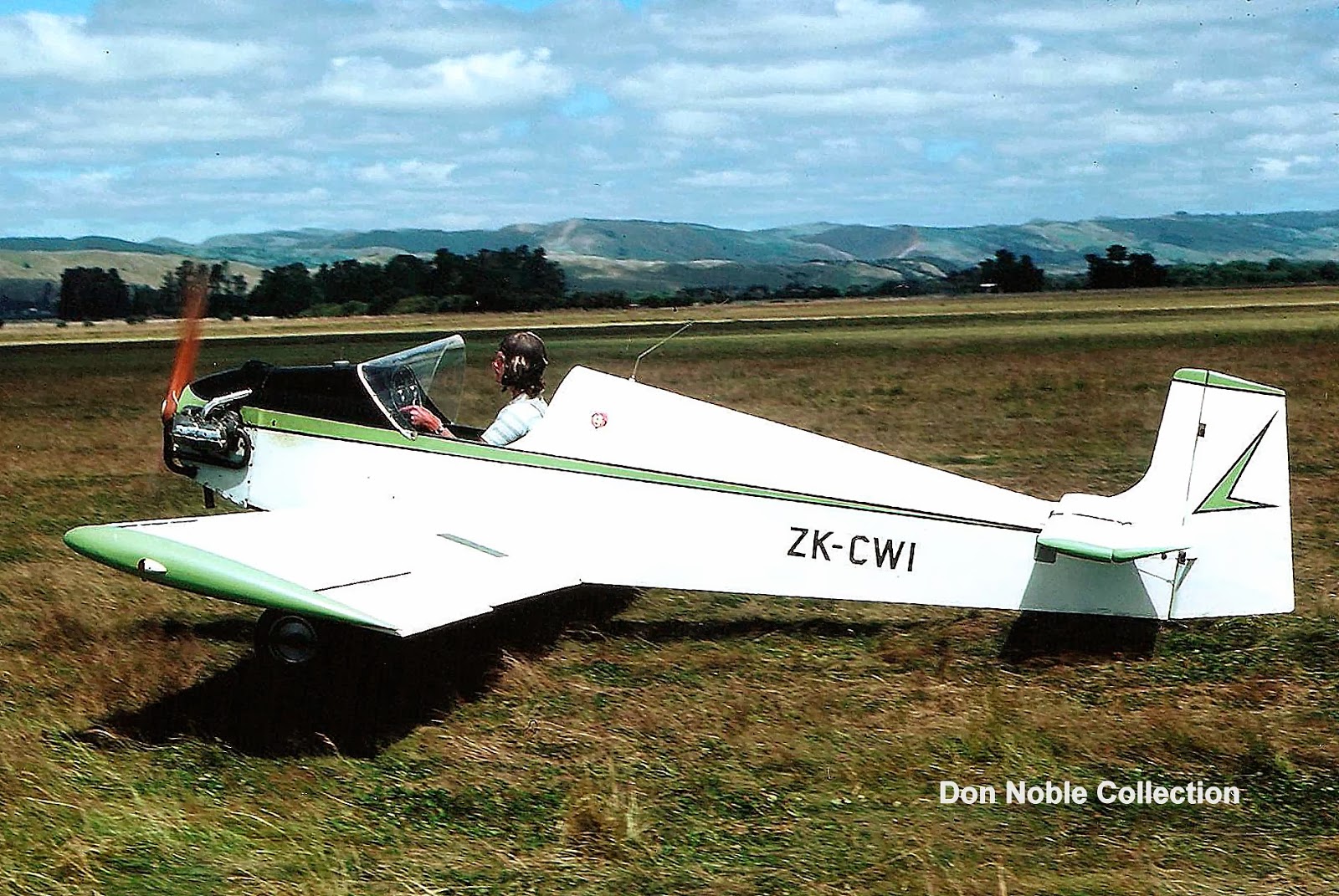 ZK-CWI (c/n AT14) was the first aircraft built by Max Clear, at Te Kowhai. It was first registered on 17/1/68 and its first flight was in 2/69. This was also a very fast Turbulent and looked very smooth. Max Clear went on to build the Pitts Special ZK-EES and has since developed the Bantam microlight aircraft which have been so successful in New Zealand and also overseas. That is another story to be told! 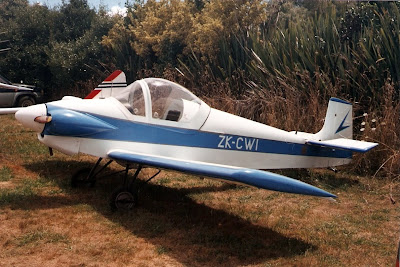 Max sold it to Ray Knox of Ngaruawahia on 1/5/70 and it then went to D Gunn of Cambridge from 14/4/89,  B W Ford of Matamata from 1/12/92,  D M Taylor of Matamata from 14/3/95,  S B Tiedman of Havelock North from 17/6/97, and back to Matamata with L E Walker from 31/3/99. It was redesignated as a Class 1 microlight on 15/4/99. This photo of it was taken at the 1998 AACA flyin at Matamata, and it shows the good use of the Corby Starlet cowlings and canopy that was originally developed by John Buchanan (for his Starlet ZK-DEO that started life just up the road from Matamata) - quite a few Turbulents have used these components.
ZK-CWI crashed on landing at Waihi Beach airfield on 2/9/01 and it was cancelled on 4/9/01.