Not far down the road from Matamata I called into Tokoroa airfield on the offchance.  I knew that Murray Belfield was getting close with his replica Fiesler Storch project that he has been working on for quite a few years, and there it was along with Murray in his hangar!  (Murray has previously built his well travelled Jodel D 11 ZK-MMB as well as helping to build several other aircraft). 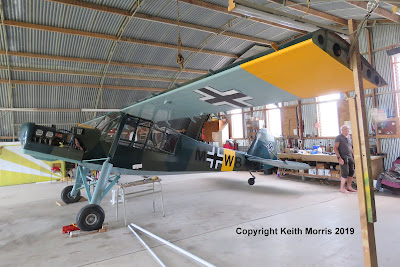 Murray's aircraft is a Pazmany PL 9 Stork which is a 3/4 scale replica of the Fiesler Storch with a wingspan of 36 feet (Storch is the German word for Stork).  It is powered by an O-320 engine.  It will be registered with Murray's initials MWB. 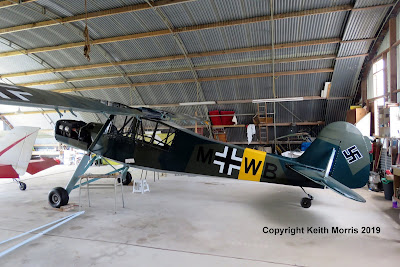 As you can see, it is getting close to being completed, and it looks amazing.  Murray was working on fitting the wing struts when I was there and he was gracious to give me the OK to post these photos.  Thanks Murray. 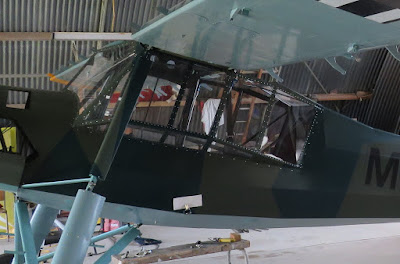 Here is a close up view of the cabin which shows off Murray's detailed work.  (Click the photo to enlarge it to see the details).Very impressive.


It will be great to see Murray's Stork flying!