Driving on South through the Wairarapa I arrived at Hood Aerodrome at Masterton late morning.  The claggy weather had cleared and it was a lovely day which made for a lot of aircraft activity: 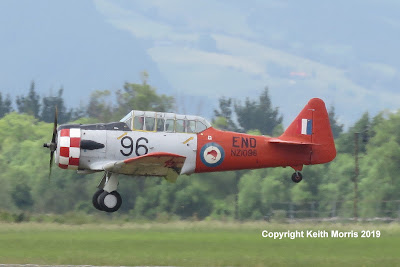 Kapiti Warbirds Ltd's North American Harvard 3 ZK-END (ex NZ1096) was doing circuits.  This Harvard does not appear to have been posted on the blog previously which is surprising. 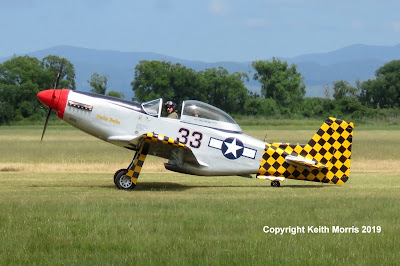 While Greg Tetzlaff taxied out in his Honda powered Titan Mustang ZK-MLE. 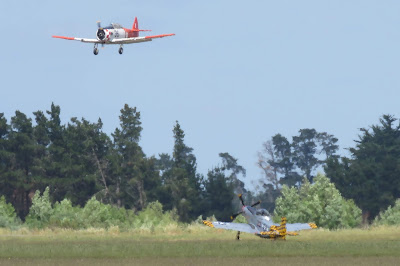 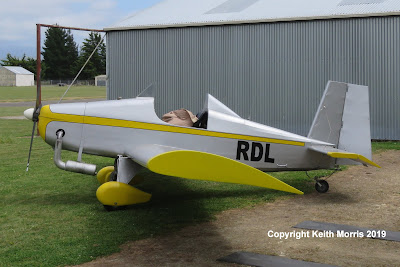 Anton Dittmer's First Strike Bobcat ZK-RDL was parked up, having tried but failed to make it to Waipukurau on delivery to a new owner, due to the low cloud. 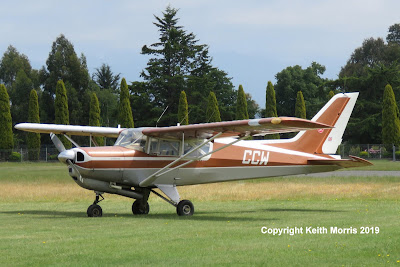 The recently arrived in the Wairarapa Beagle A 109 Airedale ZK-CCW of Clemente Castro Cervino was also parked out having accompanied ZK-RDL in attempting to head North. 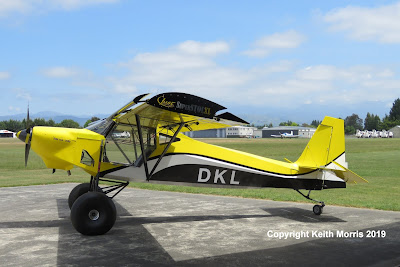 The very smart looking Just Super STOL XL ZK-DKL2 (c/n JA-491-05-16) was registered to D B Adgo of Silverstream on 31/7/19, and we have previously posted a photo of it being towed over the Remutakas on its very sophisticated trailer.  It is powered by a Continental Titan X 340 engine of 180 HP.  I was told that has nearly finished its test flying period.  An impressive aircraft! 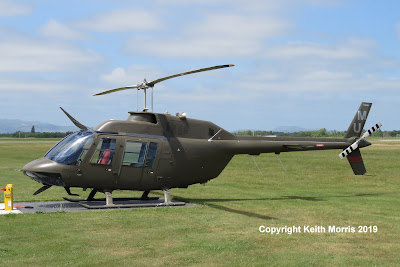 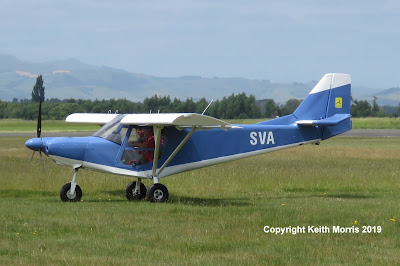 Back from a local flight was the new ICP Savannah S ZK-SVA (c/n 14-11-54-0360) which was registered to R L Irving of Masterton on 9/10/19.  It was nice to catch up briefly with the local Savannah guys and as they pointed out, the Savannah is becoming a very popular aircraft in New Zealand. 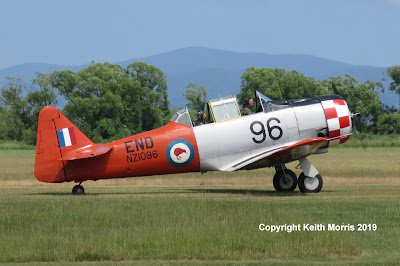 And finally the Harvard ended its session and taxied back in.