In the late afternoon I arrived at Bridge Pa and met up with a great group of interesting aircraft people at the Hawkes Bay and East Coast Aero Club.  They serve a terrific buffet meal and on a lovely evening like last Friday, it was very special to eat out on the deck and watch the late aircraft movements.

One of the aircraft guys was Peter Steers who heads up the Aero Club's Youth Microlight Build Project and the 10 local students have just completed their Vans RV 12 ZK-SMB2 (for Student Microlight Build). Peter took me down to his hangar to see the RV 12:  Thanks Peter. 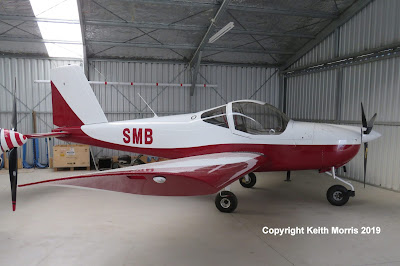 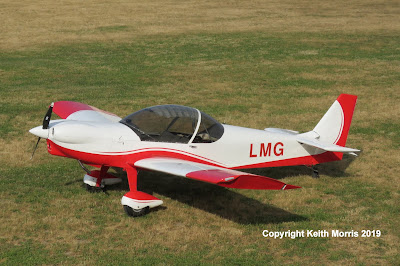 John and Lyn White's Zenith Zodiac CH-650 taildragger ZK-LMG2 was in a nice position for a photo from the Aero Club deck.  John left for home at Takapau in the early evening. 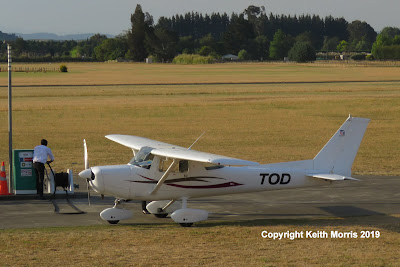 Another later evening movement was the Air Hawkes Bay's (the commercial arm of the Aero Club) Cessna 152 ZK-TOD2 which stopped by the pumps to refuel.  (The first ZK-TOD was also a Cessna 152 that was tragically lost in a mid-air collision near Feilding in July 2010). 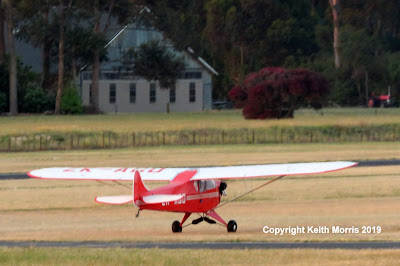 Then a very unexpected and wonderful thing happened when the lovely old Taylor J2 Cub ZK-AGD taxied past for a flight in the very still air just before Evening Civil Twilight.  This is the taxying technique when you have a long way to taxy with a tailskid! 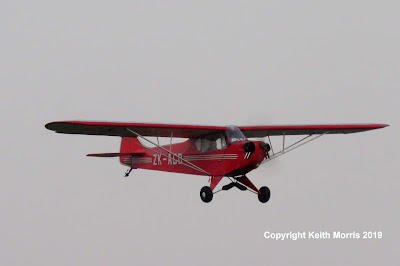 The venerable Cub has a Continental A 40 engine of nominally 40 HP and its climb performance was also venerable with two up! 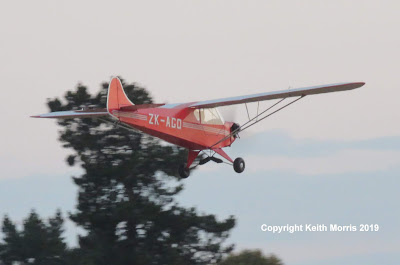 But it looked lovely as it wafted past!