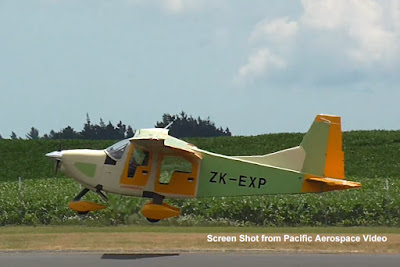 ZK-EXP2 (c/n 314) was first registered to Pacific Aerospace Ltd on 11/2/19 and as shown here it first flew at Hamilton on 12/12/19.  It will be painted in an orange colour scheme (as on the doors, wheel spats and rudder) and has been sold to an American owner.  However it will be publicly unveiled before it is sent to the USA. 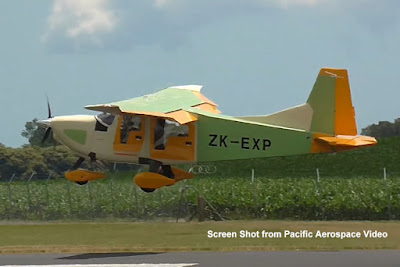 The aircraft is a development of the Canadian Found FBA-2 that first flew in 1960 and that was developed into the Found E 350 Expedition in 2008.  The rights to the design were purchased by Pacific Aerospace in early 2016 but it has suffered from several delays until its first flight on 12 December 2019.  The aircraft has 5 seats including the pilot and a very good payload as befitting a bush plane.  It is powered by a Lycoming IO 580 engine which produces 315 HP.