Here are a few of the arrivals for the Christmas flyin and BBQ at Kaipara Flats airfield last Saturday: 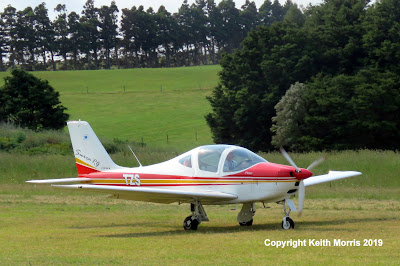 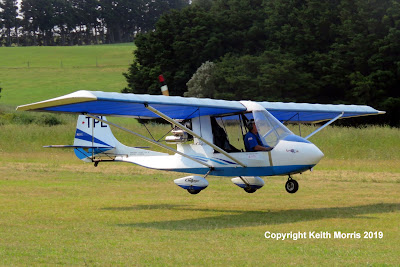 Tony Lloyd arrived from his nearby farm strip in his Challenger II      ZK-TPL, 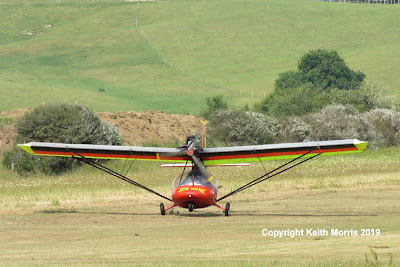 Another to come from his nearby farm strip was John Preece in his Bantam B 22 ZK-JEE, which was named Gee Whiz and is new to the blog. 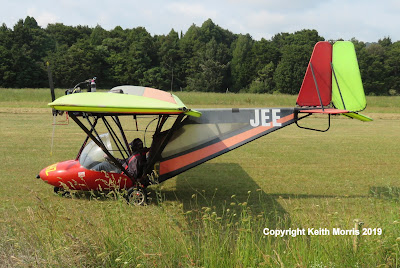 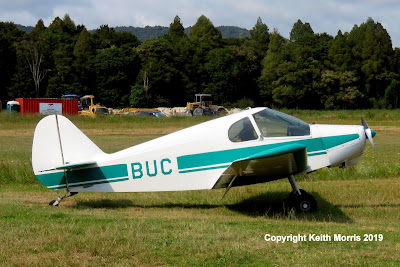 Bill Izard came all the way from Kihikihi in his recently acquired Minicab ZK-BUC.  I saw this aircraft in September, parked out in the elements at Cromwell and I thought it would not fly again, but thankfully Bill has recently rescued it. 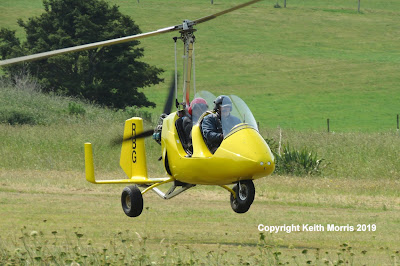 Frequent flyers Rusty and Penny Russell arrived from Whangarei in their MT03 autogyro ZK-RBG.  They later left along with the other gyros for the Dargaville Aero Club Christmas BBQ and commemorative flyby to celebrate the anniversary of the delivery of New Zealand's first airmail letters. 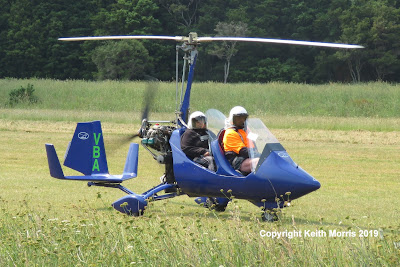 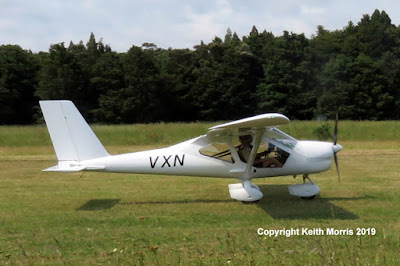 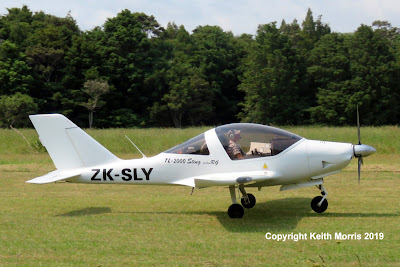 A surprise arrival was Bernie Massey from Whangarei in his newly active TL-2000 Sting RG ZK-SLY. 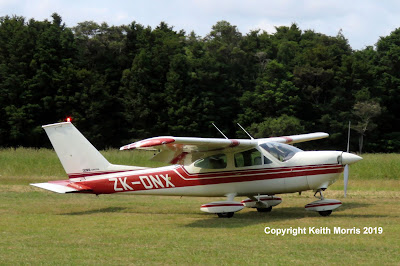 Paul Hopper came up from North Shore in his Cessna C 177 Cardinal ZK-DNX. 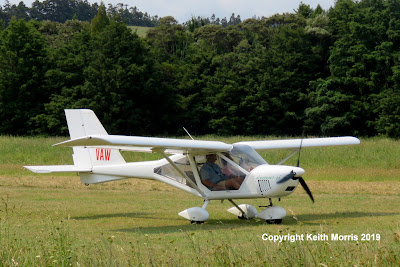 Willie and Lorraine Morton came down from Kaikohe in their A 22 Foxbat ZK-VAW. 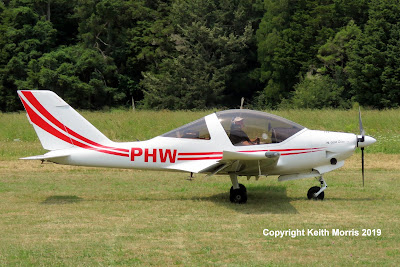 And the last of this group is Peter Woollett who also came up from North Shore in his TL-2000 Sting RG ZK-PHW.