50th Anniversary of the Jodel D9 in New Zealand

50 years ago today, on 2 December 1969, the first flight of a New Zealand built Jodel D 9 occurred with the test flight of Max Murray's ZK-CTW at Thames.  The D9 was the fifth type of homebuilt aircraft to fly here, after the Turbulent, Taylor Monoplane, Minicab and Jodel D 11.  Eleven other D 9s have since flown in New Zealand and six are still currently registered (and ZK-CTW has been in storage and will be restored to flying condition).

To celebrate this auspicious event, Neville Sutherland of Blenheim (and owner of D 9 ZK-FRK), organised "The Gathering" of Jodel D 9s to be held at Hood Aerodrome at Masterton over the weekend of 30 November to 1 December 2019.  Unfortunately Neville had to cancel The Gathering due to the forecast high winds on Sunday 1 December, noting the "it is better to be on the ground wishing that you were in the air than to be in the air wishing you were on the ground".

So I thought I would mark the event on the NZ Civair blog: 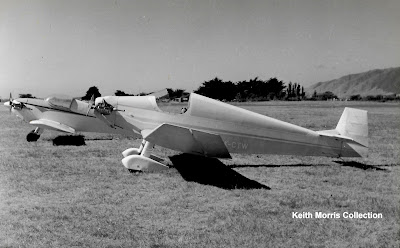 Max Murray's original D 9 ZK-CTW as it appeared when it first flew.

However, as I had another commitment in Wellington on the Saturday afternoon I had made plans to visit another D 9 owner, Ron Day of Waipawa on my way down to Wellington, so we held our own "Petit Gathering" at Waipukurau with Ron's two D 9s and the two of us, and at least make use of our French berets! 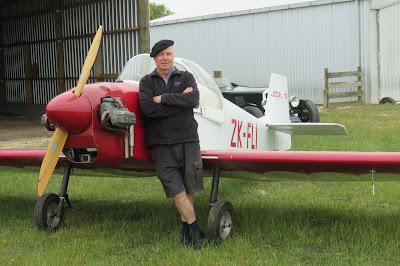 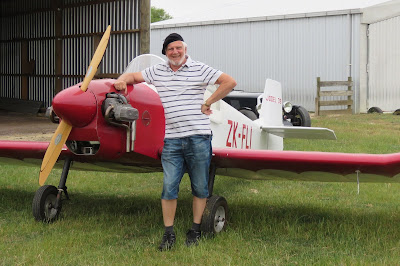 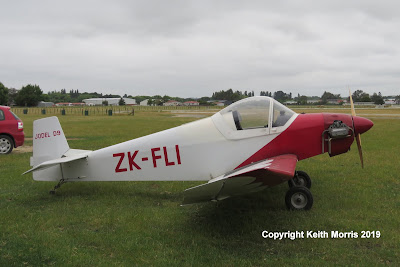 Plus Ron's two D 9s: - ZK-FLI which was built by Robbie Gentry at Masterton, 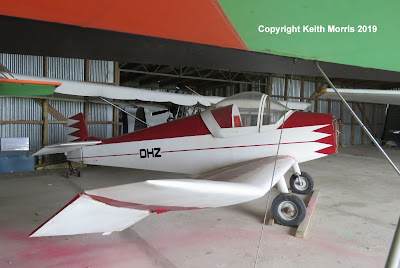 and ZK-DHZ which was built by Mick Brannigan at Monowai in Southland.  Ron is in the final stages of overhauling its 1400 cc VW engine and installing a new cowling and spinner.