The Northern Aviators Club kicked off their summer flyin programme today at Kaipara Flats today with around 20 aircraft arriving for the Christmas BBQ.  A few others were deterred by the weather in the Coromandel area and the forecast of afternoon thunderstorms.  However said thunderstorms did not eventuate until mid afternoon, by which time all of the visiting aircraft had departed.

Rusty Russell offered me a flight in his MTO3 Eagle gyrocopter ZK-RBG to capture an aerial view of the flyin:  Thanks very much Rusty. 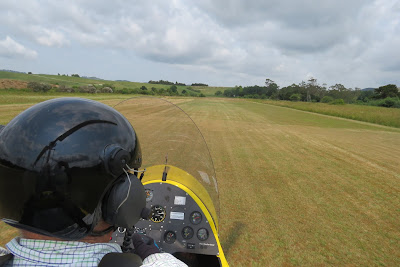 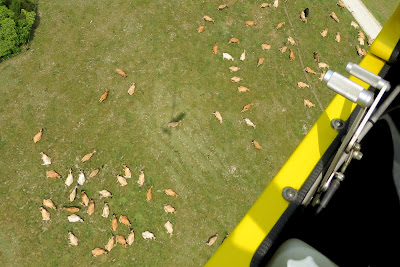 Gyrocopter shadow among the cows. 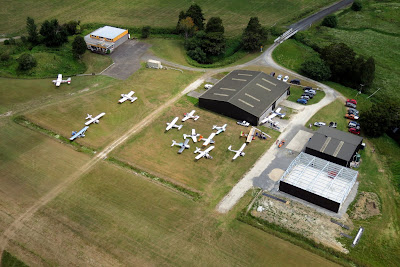 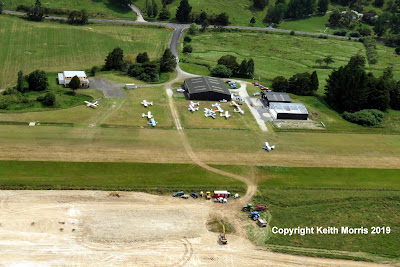 And in further airfield developments, earthworks have started on the 8 hangar/house lots on the Southern side of the runway. 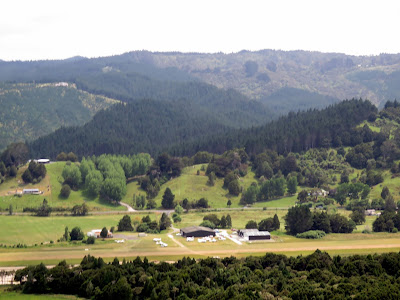 A wider view of the airfield. 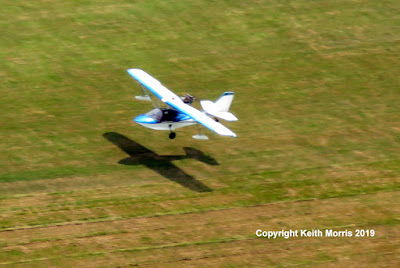 While we in the circuit Roger Coleclough joined and landed in his Searey ZK-SRY and we got a nice view from overhead.