As 2016 drew to a close another Sonerai emerged from Wayne Richmond's Sonerai works at Stratford.  "White Knight" is the spectacular Sonerai 1 ZK-SNG U/L (c/n 06571) of Gary Marsh, which was first registered on 19/10/16. 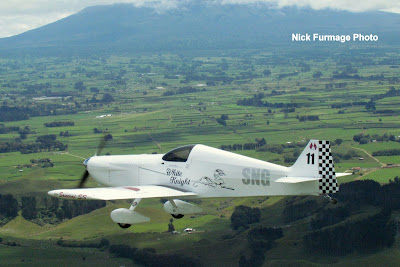 First flight was on 31/12/16 in the hands of Wayne Richmond and later in the day Gary Marsh also flew the aircraft. 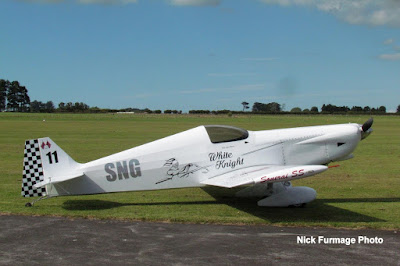 I understand that ZK-SNG is a lengthened model, but is configured as a single seater, so it has a real long nose and great lines. It is also a low wing model which is different to our other Sonerai 1 ZK-EEV2 which has the shoulder mounted wing. 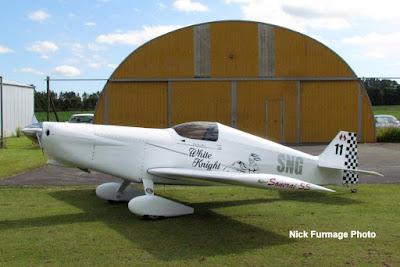 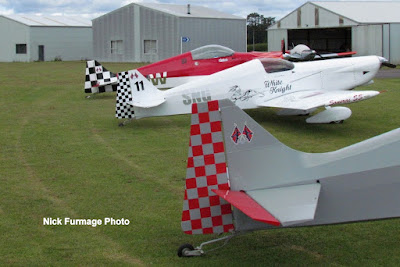 All feature the Stratford Sport Flyers crest on their tails.  Thanks very much to Nick Furmage for the photos.