The third Piper Navajo at Ardmore last Saturday was the smart looking Australian registered VH-OOI3.  This aircraft has a New Zealand connection.

It then came to New Zealand and was registered ZK-WSB for RJ Borrius-Broek of Christchurch on 10/4/00 (WSB stands for family members initials and Broek). 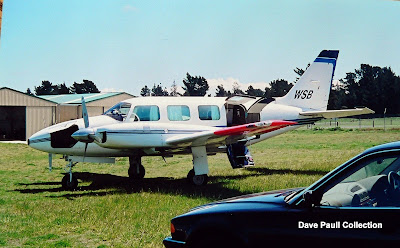 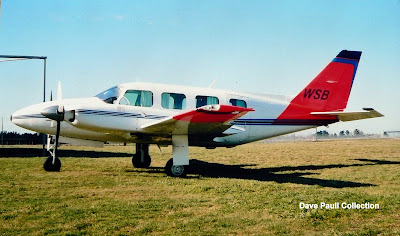 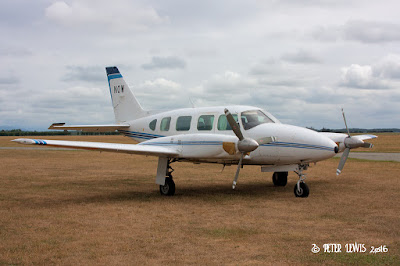 Ownership transferred to the Seachris Trust of Christchurch on 24/4/06 and they re-registered it as ZK-NOW2 on 17/5/06.  Air West Coast assumed ownership on 22/12/06 and then it went to Brick Securities of Auckland on 22/11/07, being mainly based in Christchurch and Timaru.  CD Andrew of Rangiora (Andrews Homes Ltd) took ownership on 18/2/14 and on 22/10/14 it was ferried from Timaru to Fielding for extensive restoration work (by Avcraft?).   While at Fielding ownership transferred to Cockles Pty Ltd of Albany WA on 17/6/15 and the New Zealand registration was cancelled on 20/8/15.. 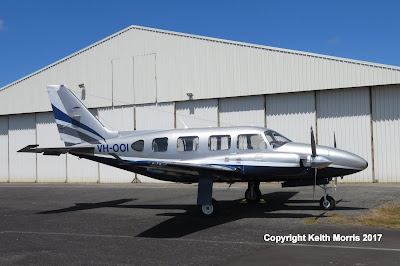 On the same day, 20/8/15, is was registered as VH-OOI3 at it flew from Kerkeri to Norfolk Island on 18/9/15.  On 11/1/16 ownership transferred to the Westpac Banking Corp but it is still operated by Cockles Pty Ltd of WA.  When I photo'd it at Ardmore on 7/1/17 it had South Pacific Resort Hotel Norfolk Island on the tail.  A nice looking aircraft.

According to Blue Bus's records, we have had more than 50 Piper Navajos on the New Zealand register so there are plenty more left to post!