Also at the Christian Aviation base at Ardmore was their other Navajo: 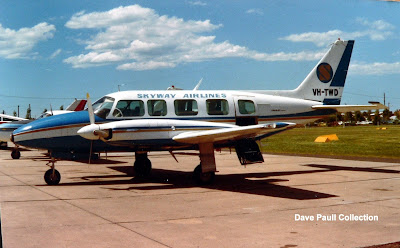 It then had several owners including East Air Ltd of Napier from 25/2/85.  East Air went into receivership in December 1985 and the aircraft sat at Ardmore for some time.  The above photo was taken on 2/11/86 and is from our sister blog 3rd Level New Zealand.

Ownership transferred to Christian Aviation Ministries some time in 1986 and to the National Westminster Finance NZ Ltd on 12/2/87. 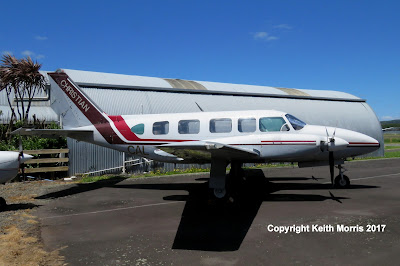 Finally ownership transferred to DW and MR Brown of Auckland on 6/3/87, and it was re-registered as ZK-CAL2 on 13/4/87.  It is still flying with Christian Aviation as in the above photo taken at Ardmore on 7/1/17.