On one of my many taxi trips to Auckland International last year I photo'd Air Chathams Fairchild Metroliner SA 227AC ZK-CID3 (c/n AC692B) taxying for departure. 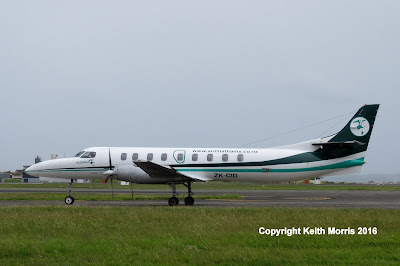 ZK-CID3 was registered to Air Chathams Ltd of Waitangi in the Chatham Islands on 27/4/16 as a re-registration of ZK-NSS.  ZK-NSS was purchased by Air Chathams from Airwork on 8/4/16.

ZK-NSS was previously N2707D and was first registered as such to the Fairchild Aircraft Corporation of San Antonio, TX in October 1987.  It later went to the UK where it was registered as G-BOJN for several owners and it was leased to Air Metro as in the photo below., 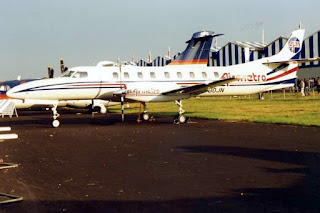 It was first registered in New Zealand on 5/9/90 to Air Nelson.  It was never painted in the full Air Nelson colours but was painted as above in the photo from Wetland 831, taken at Nelson on 28/11/90. 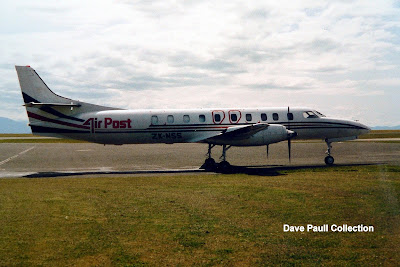 It was sold to Airwork on 12/3/91 and was owned by various iterations of the company until it was sold to Air Chathams.  It is photo'd above in Air Post colours at Christchurch on 22/10/91. 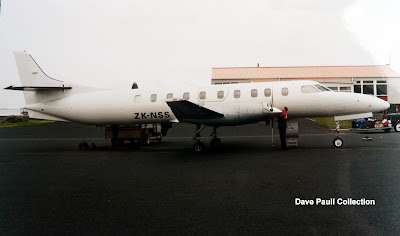 In 1997 it was used by Airwork to set up Chatham Airlink in competition with Air Chathams but the service petered out in 1998.  It is photo'd above at the Chathams on 12/4/96 while on Charter from Airwork by Air Chathams.  Shades of what was to follow many years later...

In 1999 it was chartered from Airwork by Origin Pacific Airways on their passenger and freight services before the arrival of their BAE Jetstreams under a strategic alliance between the two companies.  It was not painted in Origin Pacific livery as seen in the above photo taken at Nelson on 25/6/99. 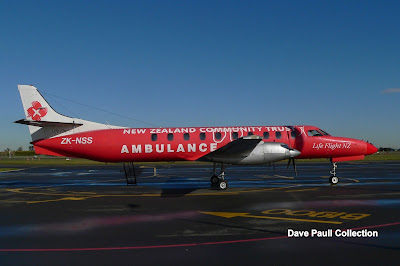 In 2003 ZK-NSS was configured as an air ambulance and painted in this very distinctive scheme for Life Flight, and was operated as "Life Flight 2" for the next 13 years.  It is photo'd above at Christchurch on 24/7/13. 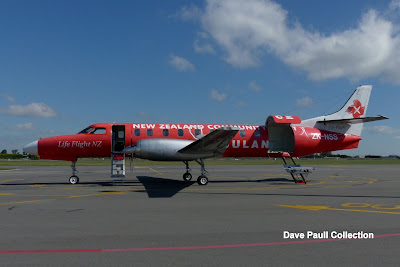 Also at Christchurch, on 19/3/14, showing the large rear door for loading patients.