A busy Saturday at Pauanui after a slow start.
The  two Yaks  ZK-YAK and ZK-PTE arrived to practice formation aerobatics with three of the local Yaks. The Sukhoi ZK-SUK also arrived.
All six doing a formation take off later in the day.
Below the Kawasaki BK117 ZK-IRU (c/n 1101) of Search and Rescue Services Ltd is the Westpac Waikato - King Country Air Ambulance which did a medevac today. 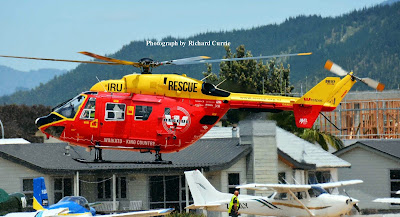 Two aircraft  that have not appeared on this blog previously are the Cessna 182 ZK-DNZ (c/n 18262610) which was the work horse for Alpine Helicopters Ltd / Helicopter Line Ltd / Tourism Holdings Ltd from mid 1974 through until joining its current listed Baxter/Bouma Syndicate in August 1999. 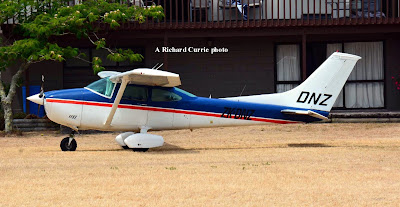 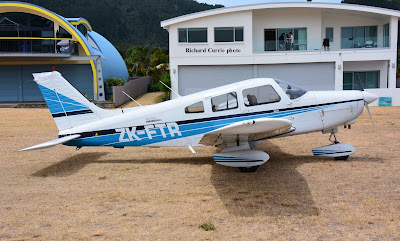