There were three Navajos at Ardmore last Saturday.  Although they have been around for a long time in various guises, they have not been posted on the blog previously. 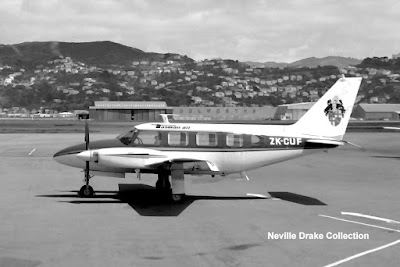 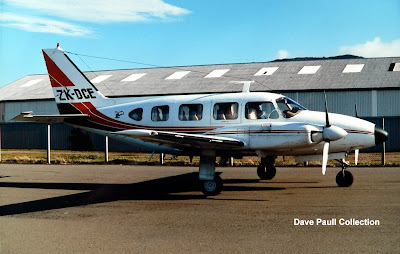 The aircraft was sold to the Ministry of Transport, Civil Aviation Division on 6/1/70 and was re-registered ZK-DCE on the same day.  It then had a series of owners as follows: 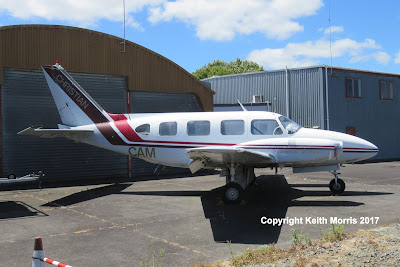 And finally to DW and MR Brown trading is Christian Aviation Ministries on 31/8/84.  It was again re-registered as ZK-CAM2 on 13/4/87 and is still registered with Christian Aviation, although it has not flown for some time and is minus its propellers and in the above photo.