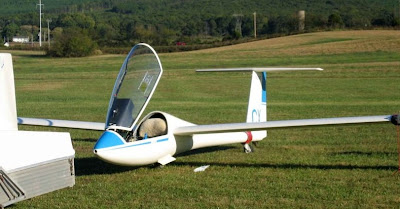 Here are some belated photographs of the Nelson Lakes Gliding Clubs Rolladen-Schneider LS4a ZK-GCX (c/n 4482) taken whilst it was operating in the US. 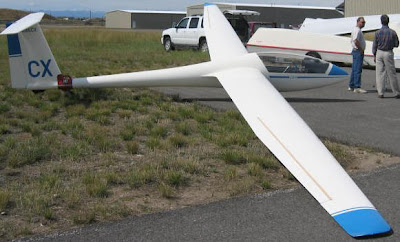 It was based with Donald Kliethermes at St Louis, Missouri since March of 2005.
It was registered as N585CX whilst in the States, its markings being placed high up the fin, just beneath the horizontal tailplane. The large "CX" being its competition letters. These letters conveniently became its New Zealand registration from 10-02-2012. It flew in NZ for the first time last week and is now on line with the Nelson Club. 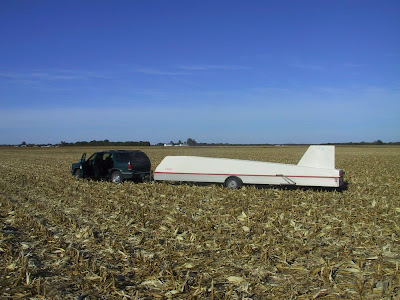 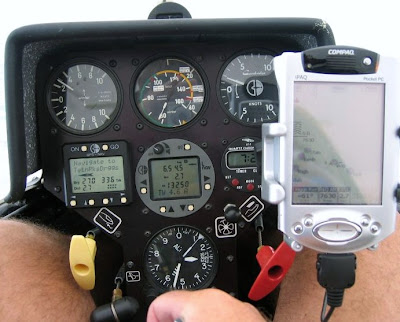