Fokker Triplane Replicas of New Zealand (2) - 5 of Them !

In November and December 2002, an amazing 4 more Fokker Triplane replicas were registered to join ZK-FOK. All 4 were ex-American examples and were imported by "the Omaka Collection" of Wellington.  They were all painted in early colour schemes of Jasta 11, Manfred Von Richthofen's elite fighter squadron.

The photos are from the Keith Morris collection, and all were taken at the Classic Fighters airshow at Omaka at Easter 2003. 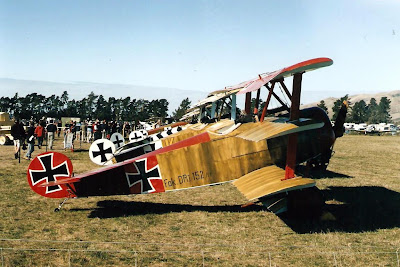 ZK-FOK was painted up as airframe DR1 152/17, which was Manfred Von Richthofen's machine.  It is not all red here and there is some speculation that his triplane was not painted all red.  Maybe this is an earlier colour scheme.  He did have other aircraft that were painted all red including an Albatros D III. 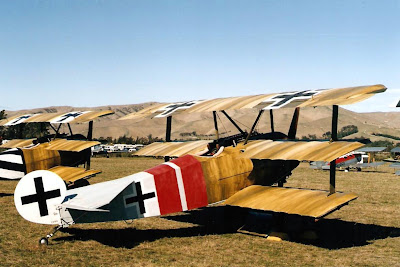 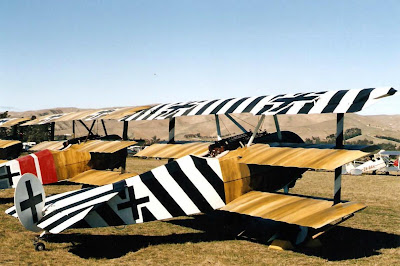 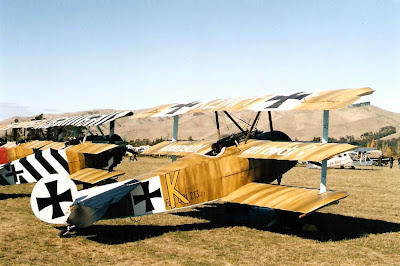 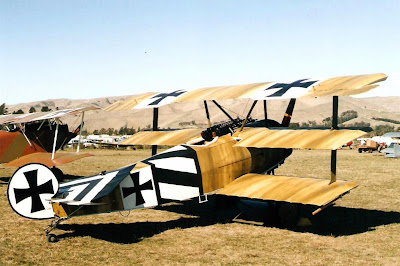 The 5 Fokker Triplanes flew in formation during the airshow, which I think was a world record for the number of Triplanes flying together since WW 1.