Paul Drake has sent in this photograph of the Fokker F27 Friendship ZK-BXI (c/n 10286) taken yesterday (05-05-2012) sitting outside hangar number 4 at Christchurch in the drizzle.
Note that the wings are missing as is the rear fuselage - which is parked in the background. It is parked next to ZK-BXH.
This hangar had been emptied out of all its fixed wing aircraft a couple of weeks back presumably to allow for a clean up and to re-organise parking spots. The two larger aircraft parked outside to allow room for the the assembly of the BAe Jetstream ZK-JSI which has arrived, the fuselage of which is currently sitting on a cradle inside the hangar. 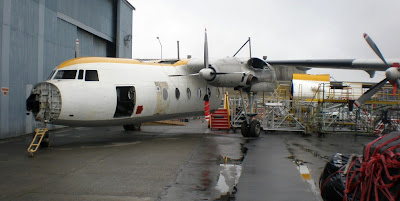 Pic above from Paul Drake showing ZK-BXI outside the Engineering Training hangar 05-05-2012.
Below of view of ZK-BXI as it was, tucked away in the back corner of hangar 4.

Below is a view inside its cockpit - looking like its about ready to go.

Below - on its nose door is a reminder of where some of the trainees have come from that have spent time working on this airframe. 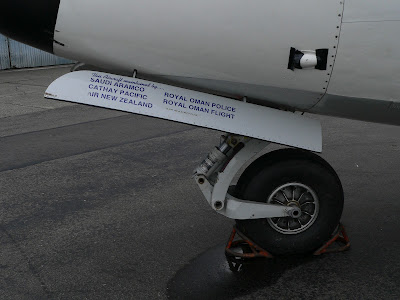 Below: A third ex Air New Zealand Fokker Friendship resides in Christchurch. ZK-BXG (c/n 10189) now sits at the Ferrymead Museum awaiting the angle grinder, plus I guess time and money, before being sectioned and placed on display beside the Vickers V807 Viscount ZK-BRF. 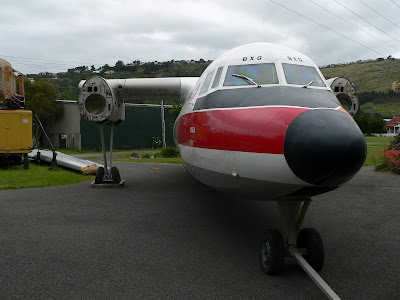 Below: Friendship number four is a Fairchild built example which is used by the airport crash fire team. This was N385BA. 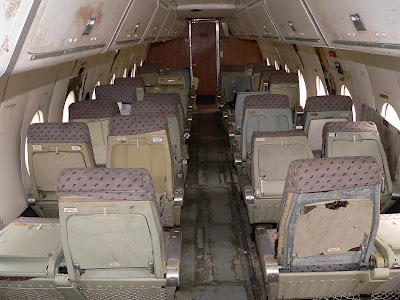 The interior of N385BA is not quiet as pristine as that of ZK-BXH. 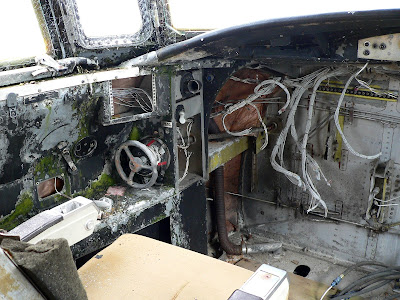