Here we have two Hughes 369D model helicopters. Both photos were taken on the same day (05-11-2011) by two travelling enthusiasts. First Pic was shot at Omaka by Andy Heap and the lower one was taken at Tekapo by Blue bus. 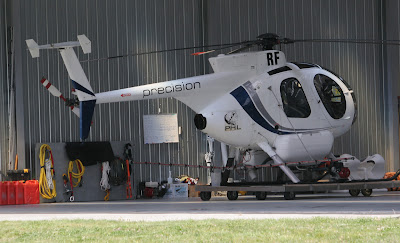 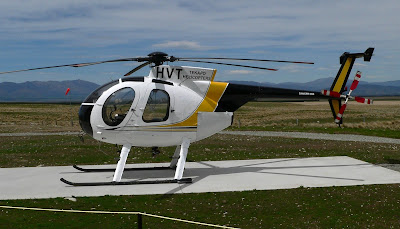 ZK-HVT2 has a c/n of 109-0586D and spent time in Australia as VH-SCQ from mid 1980 until mid 1983 when it nipped up to PNG and became P2-AHE for Rotor Work Pty Ltd at Mount Hagen. It was cancelled from the PNG register in 1993 as sold in NZ but did not appear on the register here until 06-10-2000 with Jame Scott of Fox Glacier. Reading between these lines I would say it sat around at Fox awaiting a rebuilt for some time. It is still with James, trading here as Tekapo Helicopters and is seen on its relatively new pad beside highway 8, just South of the military camp.
Posted by Dave Paull at 16:41