The Pitts S 2 was Curtis Pitts' development of the S 1, bigger with more power and 2 seats, although quite similar to the original design. It can also be flown as a single seater with a cover over the front cockpit. 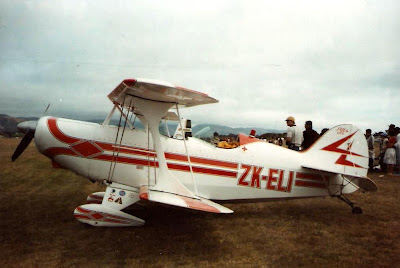 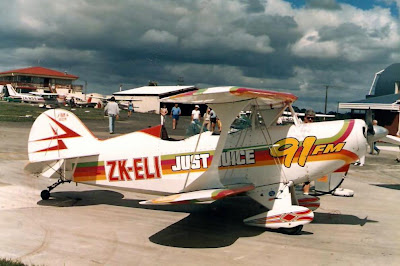 It was sold to The Special Syndicate (Brian Langley and others) of Auckland on 17/3/88 and it is photo'd here at the 1988 AACA flyin at North Shore. Around this time there were several Pitts Specials painted up with advertising. 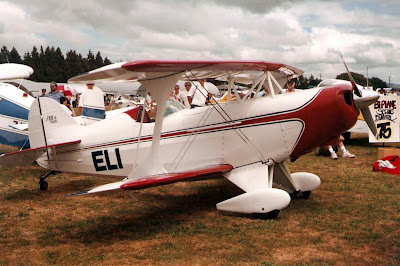 By 2000 it had been repainted in this scheme as photo'd at the 2000 AACA flyin at Matamata, in single seater configuration. It was sold to Vincent and Alison D'Ath of Motueka trading as Tasman Bay Aviation on 2/4/03 and it is still owned by them and operated out of Motueka on tourist flights with the original 2 open cockpits.
Posted by Sir Minty at 21:10