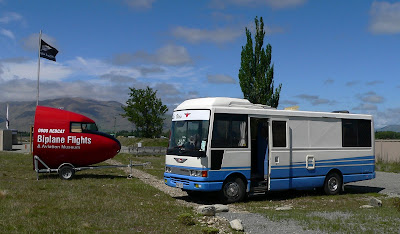 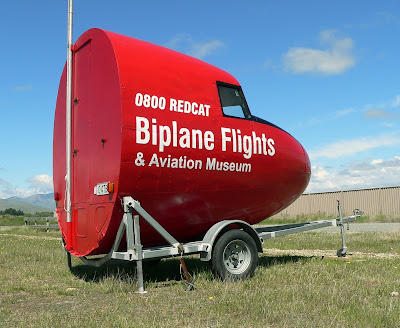 Note the rego plate for the trailer ! (I should have taken a pic of the plate on Chris's car; which is "IFLY4U". 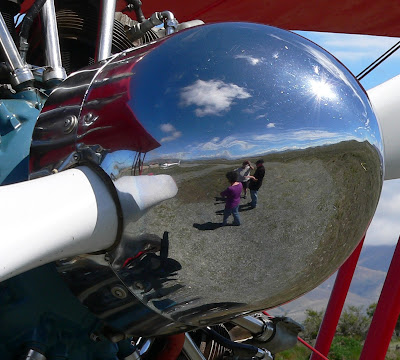 Above we have the Red Cats nose reflecting Mr & Mrs Blue Bus and Chris Rudge and an interesting (distorted) wave cloud over the Benmore Range.
Below is the Red Cat Grumman G164A AgCat ZK-CAT2 (c/n 1418) with a well know scenic object in the distance.