In the mid to late 1980's several Pitts S2's were imported into Auckland, for sport aerobatics.
The photos are from the Keith Morris collection unless otherwise noted. 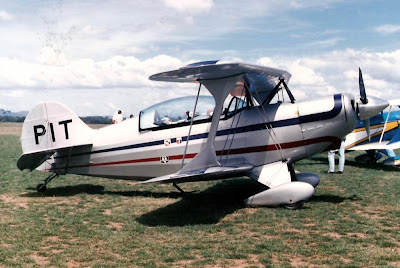 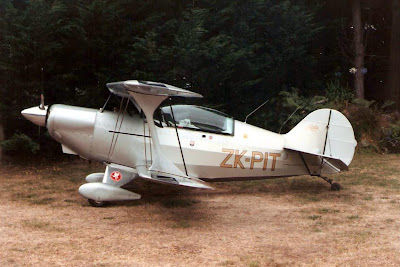 It was sold to Aviation Adventures of Waikanae on 1/8/96 and then to the Kapiti Districts Aero Club on 23/4/98. The above photo was taken at Foxpine in late 1995. It was then owned by a succession of owners in the Christchurch area - Barnstormers 2000 Ltd on 7/7/99, Christchurch Flying School in 2001 and then the Christchurch Flying School (2004) Ltd on 1/9/05. It sat semi derelict at Wigram for some time before being refurbished at Napier by Ragwing Research ( S W Husheer) with ownership changing on 3/8/07. 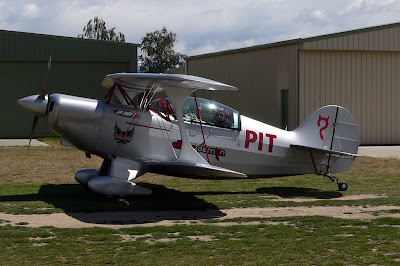 Finally it was sold to Classic Flights of Wanaka on 10/7/09 where it is currently used for tourist flights. It is photo'd here at Wanaka by Blue Bus on 21/11/10. 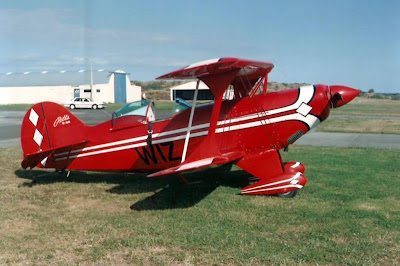 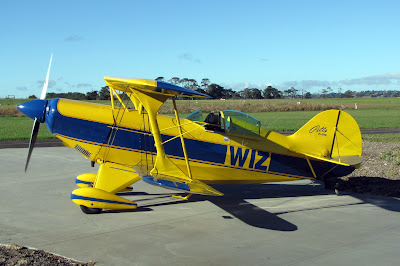 It was then sold back to the Auckland area, to Doug Brooker, on 22/9/95. It was sold to the Special Syndicate of North Shore on 26/4/99 and somewhere along the line was repainted in this yellow and blue colour scheme. It is photo'd here at North Shore on 22/5/10. 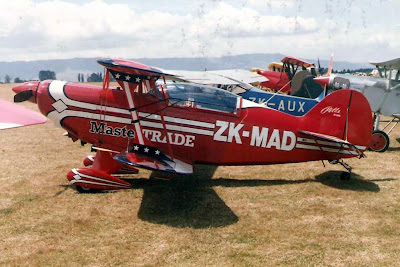 ZK-MAD (c/n 9627) is an Aviat S 2B model built in 1986 and is ex N260J. It was imported to New Zealand by the Great Stunt Company and Waitemata Aero Club and was first registered in New Zealand on 15/10/90. It is photo'd here at an airshow at Matamata in the 1990's with Master Trade advertising. Several Pitt's were painted with advertising around this time and ZK-MAD was also painted with Lion Red advertising for a time. 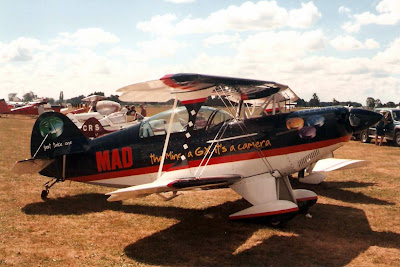 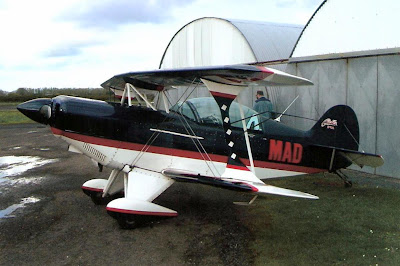 Finally it was sold to the Great Stunt Company of Ardmore (a syndicate of 20 members) on 27/8/02. It was very active around Ardmore and at airshows around New Zealand but tragically it crashed on 7/12/09 when it was returning from an airshow at Masterton and it was caught out by bad weather when crossing the Stratford Gap, killing the pilot. The above photo was taken outside its Ardmore hangar in 2008.
Posted by Sir Minty at 20:12