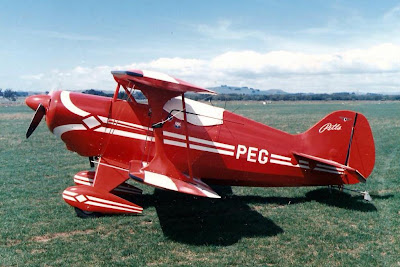 Our sixth Pitts S 1 Special was ZK-PEG (c/n AACA/179/2) which was built at Hamilton as an S 1D model, mostly by Max Clear, for Peggy Perry. It was first registered to Peggy Perry on 18/9/86 and it was sold to S P 'Taylor Investments of Auckland on 6/3/87. It underwent a change of wings to the symmetrical airfoil sections and its designation was changed to an S 1E model on 21/5/87. It is photod here at the 1989 New Zealand Aerobatic Championships at Waipukurau. 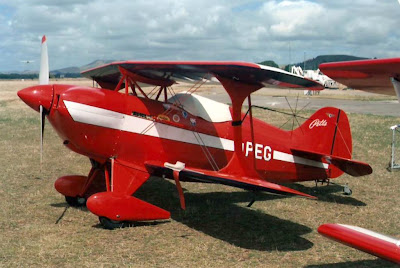 2 years later this photo was taken at the 1991 New Zealand Aerobatic Championships at Waipukurau in this altered colour scheme. It was sold to J R Main of Hamilton on 8/8/98. 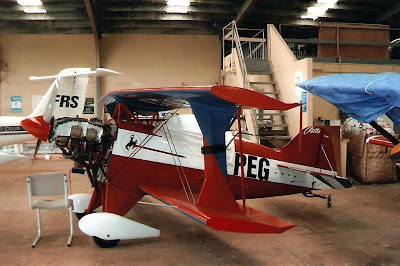 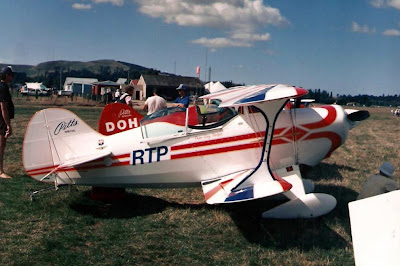 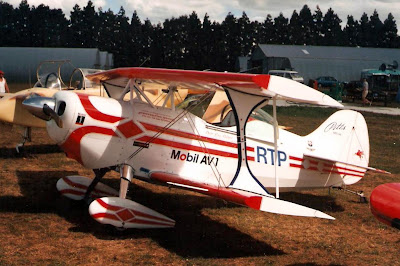 By 2000 it had been converted to a S 1F with the Falcon wings, and also a sprung steel undercarriage, as photo'd here at the 2000 SAANZ flyin at Matamata. It is now owned by Dave Monds of Palmerston North and is based at Feilding Aerodrome along with Pitts ZK-KEM. 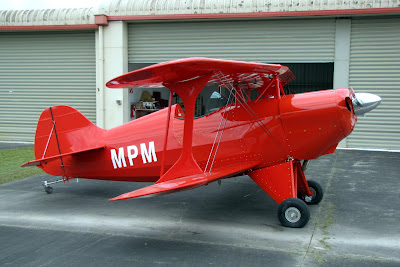 And finally (for now), our eighth Pitts S1 Special is ZK-MPM (c/n 9627) which was built by Maurice P McGruer of North Shore over a period of around 35 years since 1974! That is true homebuilding aircraft dedication! ZK-MPM was first registered on 6/8/10 and the above photo was taken at North Shore Airfield on 24/10/11. It is currently undergoing its test flying schedule.
There has been one other Pitts S1 Special registered in New Zealand, being Wayne Milburn's ZK-WAM (c/n AACA/645), which was being built at Nelson in the 1980's and 1990's. Wayne told me that the aircraft was nearly complete but was never finished. He took the aircraft to Australia when he moved there and he sold the fuselage and wings separately. ZK-WAM was cancelled on 28/6/95.
Posted by Sir Minty at 22:07