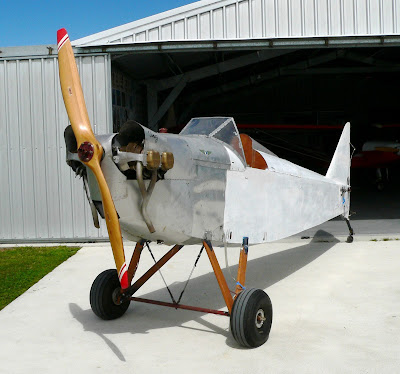 Here with an update on the earlier posting on these two Sky Babies which can be seen at http://nzcivair.blogspot.com/2011/07/bowers-at-oamaru.html3
Above is what will become ZK-CFB2 in due course. It was built by Bela Morosi, an 80 year old, at Solon, Ohio over a thirty year period and has been given a manufacturers date of August 2003. It has the total airframe time of 3 hours. The engine has three hours since overhaul. It now carries the name "Snoz". It will in due course appear in pseudo militay markings. (probably as NZ3096 - which comes from its US registration of N3096Z : not from the RNZAF P40E NZ3096) 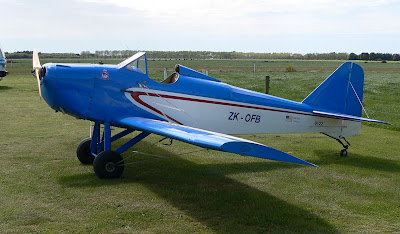 Above and below is ZK-OFB complete in all its beauty. Still with is US markings (minus the "N" preffix) under its tail. It now carries this new Squadron badge. 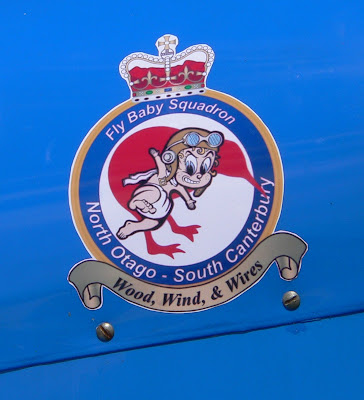