Carrying on South from Feilding I called in to Foxpine but there was nothing happening there. 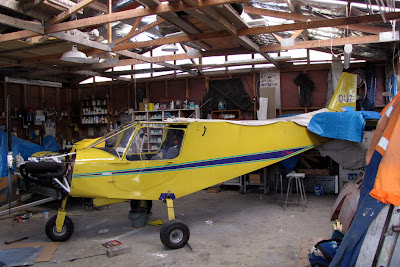 So on to Levin where I called on Gavin Waite who built Zenith CH 700 ZK-OUZ. Gavin had it at home in his garage for some maintenance. 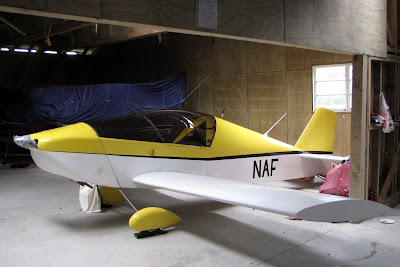 Then further South to the Otaki Airstrip which is becoming a busy airstrip. There are 2 hangars there and in the original hangar were two interesting aircraft - Nigel Frederikson's Sonex ZK-NAF in a neat colour scheme, and in the back of the photo, Max Saunders Flitzer ZK-FZR which unfortunately was heavily covered. The Flitzer is a whimsical old style biplane and Max's example is complete with German titles.
The other newer hangar contained several aircraft including the Harmon Rocket ZK-TWU and Celier Xenon gyroplane ZK-ZMY.
Posted by Sir Minty at 21:40