John Taylor's second design was the Taylor JT 2 Titch, which was designed to compete in a design contest run by the Tiger Club in the UK in 1964 (the winner of the contest was the Rollason Beta and the Taylor Titch came second).

The Taylor Titch was sleeker than the Taylor Monoplane and was all wood and featured a tapered wing. The length was 16 feet, 1 and a half inches (4.91 metres) and the wingspan was 18 feet, 9 inches (5.72 metres). The aircraft was designed to accept motors of between 60 to 105 HP, and with 85 HP the cruise was around 160 mph and the rate of climb was over 1000 feet per minute.

The Titch was named after "Titch" Holmes who did most of the test flying on the original Taylor Monoplane. The protoyype Titch first flew on 4/1/67 but tragically it crashed on 16/5/67 killing John Taylor. However, plans for both the Taylor Monoplane and the Titch are still available. Around 35 examples have flown worldwide to date.

3 examples of the Taylor Titch have been completed and flown in New Zealand but sadly their story is not a happy one. 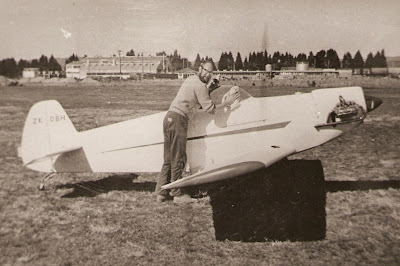 The first New Zealand Taylor Titch was Reg Browne's ZK-DBH (c/n AACA/91) which was built at Kawerau. ZK-DBH appears to have not been officially registered but was completed as the above photo shows. It did also fly as it was involved in an accident at Kawerau on 8/9/72. Because it was never registered, it also was never cancelled, and the remains were sold to M Bridge of Warkworth. I obtained the above photo from Reg Browne after I specially travelled to Kawerau in 1974 and tracked him down. 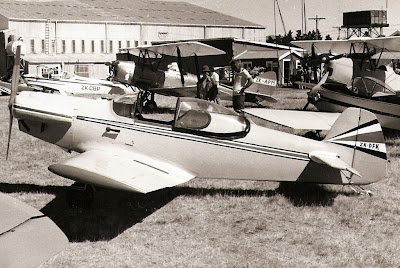 New Zealand's second Taylor Titch was ZK-DFK (c/n AACA/112) which was built by Robbie Robson of Mt Maunganui and was first registered on 1/4/73. I have a first flight date for it of 9/12/72 so something doesn't tie up. The construction of this aeroplane was detailed in the Sport Flying magazines of the early 1970's, and it had a Revmaster motor installed (the Revmaster was a modified VW, in this instance of 2100 cc capacity). The above photo was taken at the 1973 AACA fly-in at Omaka. The colours of ZK-DFK were mainly a medium yellow with black, white and red trim. 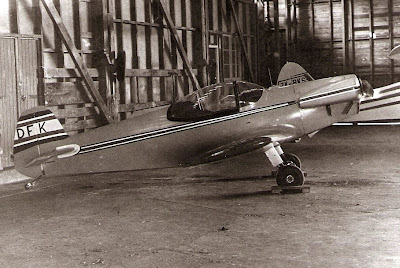 ZK-DFK was pretty active during 1973. The above photo was taken in the old hangar at Tauranga in late 1973, when it featured a larger registration (most likely as a result of officialdom not liking the original small registration letters). Tragically, Robbie Robson was killed in ZK-DFK on 1/12/73, at an airshow at Whitianga. It appeared that Robbie had taken off and pulled into a steep climb, then stalled and spun off the top of the climb. ZK-DFK was cancelled on 6/5/74. 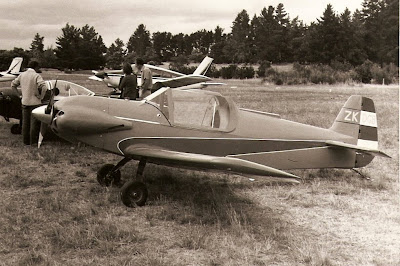 New Zealand's third Taylor Titch was ZK-DGB (c/n AACA/113/1) which was built by Stan Andrews at Greenmeadows in Hawkes Bay, and featured a 1600 cc VW motor. ZK-DGB was first registered on 14/11/73 and its first flight was on 8/12/73. The above photo was taken at the 1974 AACA fly-in at Bridge Pa. ZK-DGB's colours were mainly yellow-brown with a brown ochre stripe, and a dayglo registration. I think the rudder was red and white.
ZK-DGB also tragically crashed, on 25/3/79, killing Stan Andrews. The accident was caused by an engine failure on take off which resulted in a collision with a fence. ZK-DGB was cancelled on 25/3/86.
There have been 2 other Taylor Titches with reserved registrations in New Zealand. ZK-DNH (c/n AACA/194/1) was registered to John Byers of Christchurch on 26/3/73, but it was not completed and was cancelled on 2/3/94. And finally ZK-DYF (c/n AACA/210/1) was registered to John Best of Blenhiem (who is also building a Taylor Monoplane), but also was not completed.
Posted by Sir Minty at 20:45