There have been 16 Taylor Monoplanes completed in New Zealand (plus one close cousin), of which 7 are still registered: 6 as Class 1 Microlights and one as an Amateur Built Aircraft. Here are the next 4 in registration order.

The photos are from the Keith Morris collection and I have taken most of them. 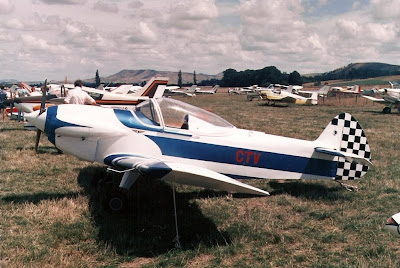 ZK-CTV (c/n AACA 51/1) was built by Jack Wheeler at New Plymouth over many years and it is one of a trio of Taylor Monos to come out of the Taranaki Chapter of the AACA. It was first registered on 15/5/67 but didn't fly until well into the 1980's. It was redesignated as a Class 1 Microlight on 2/2/00 but it crashed into some trees on takeoff at new Plymouth onn 26/11/00. It was cancelled on 9/5/01 as destroyed. The above photo was taken at the 1990 AACA flyin at Waipukurau, and was the only time I saw it completed. 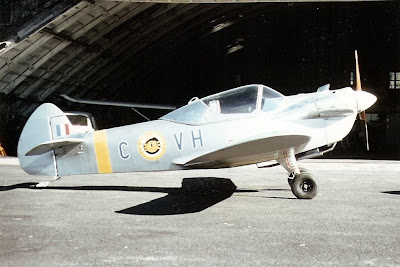 I am not sure who took the above photo but it appears to be at Ardmore. 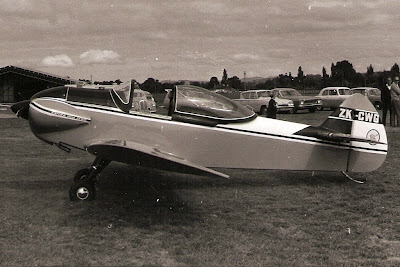 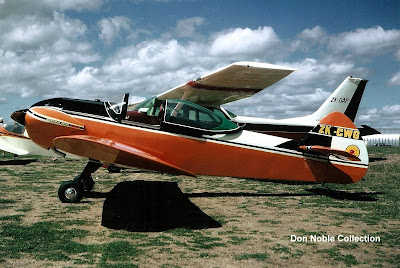 ZK-CWG (c/n 43/1) was built by Greg McNicol at Taradale and was first registerd on 15/1/68. It's first flight was in the hands of Merv Meredith in February 1971 and it was judged to be an AACA Grand Champion aircraft. Greg owned a roadmarking company at that time and he used ZK-CWG to get around his road marking crews, often landing beside the road. The above black and white photo was taken at the 1974 AACA flyin at Hastings when it had its original 1600 cc VW motor while the colour shot from Don Noble was taken at Matamata on 6/3/71. 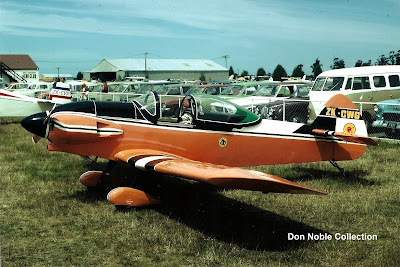 And the above photos of it are when it had a HAPI 2100 cc motor installed (The HAPI was a highly modified VW).Greg went on to build his Thorp T 18 and ZK-CWG was sold to I L Cameron and A H Klenner of Kapuni in 1976. It was damaged in a nose-over incident at New Plymouth on 12/7/76. Ownership the passed to I L Cameron, M A Farr and B R Corbett of Hawera in 1978 and it was withdrawn from use and cancelled on 8/4/92.
I saw the aircraft at Jim Fordyce's workshop in the 1990's, so it may yet be restored. 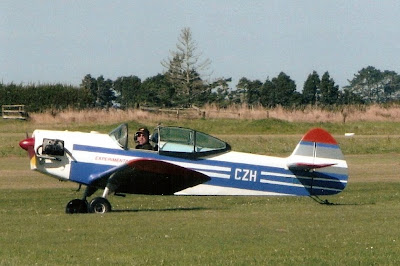 And finally for this post, ZK-CZH (c/n AACA 78) was built over more than 20 years by Jack Hintz of Inglewood, and is another one of the Taranaki trio of Taylor Monos. It was first registered on 29/11/91. It was re-designated as a Class 1 Microlight on 29/3/00 and ownership transferred to G C Langlands of Hawera in 2005. I do not know who took the above photo but it was taken at Stratford quite recently. ZK-CZH is still current.