In preparing this series, I have found another Taylor Mono, so I have revised the total numbers of Taylor Monoplanes completed in New Zealand to 16 (plus the close cousin that I will detail in the last post). I have also revised the first post in this series to reflect this.

The photos are from the Keith Morris Collection, and I have taken them unless otherwise noted. 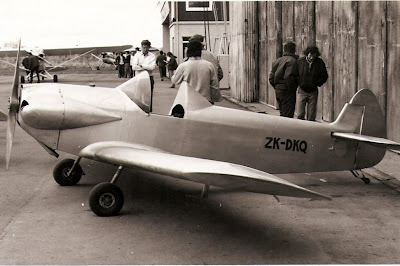 ZK-DKQ (c/n AACA 125/1 was built by Wayne Thompson of Gore, and was first registered on 6/3/75. I think it had a pretty nice cowling. The above photo (I do not have a record of who took it) shows it at Invercargill in either late 1975 or early 1976, as it crashed following an engine failure at Fosbender Park, near Invercargill Airport, on 15/2/76 making it one of our shortest lived Taylor Monos. It was cancelled on 11/6/76 but it was being rebuilt by Peter Anderson at Taieri in 2001. 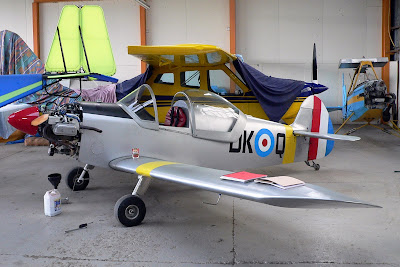 It was re-registered on 26/1/07 as an Amateur Built Aircraft to the More Fit and Proper People syndicate of Waiuku Beach, and it is photographed here by Blue Bus at Rangiora in June 2009. 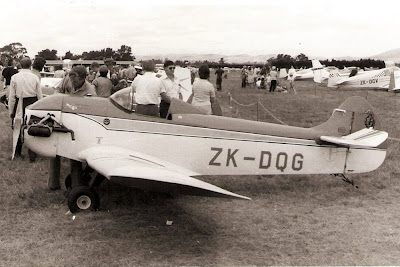 The next Taylor Monoplane off the rank was ZK-DQG (c/n AACA 150/A) which was registered to Cliff Craigie of Auckland on 24/4/75. Cliff was a sea captain and he built parts of ZK-DQG at sea. I guess this was part of the reason for the seahorse on the rudder. The above photo was taken at the 1977 AACA flyin at Masterton. 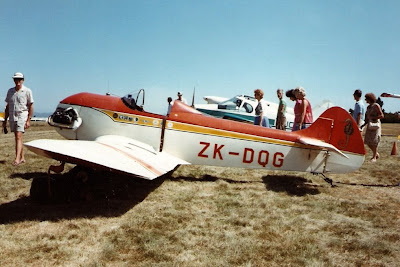 ZK-DQG was not built with the raised thrust line that most of the New Zealand Taylor Monoplanes were, and as a result the propellor clearance was not great - the results of which are seen here at the 1982 AACA flyin at Taupo. 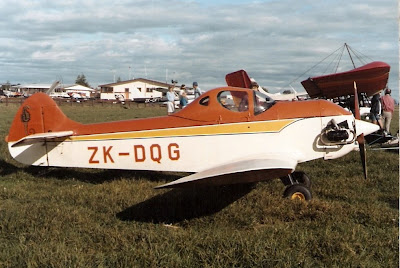 Later, Cliff fitted a "very interesting" canopy as seen here at the 1986 AACA flyin at Matamata. Cliff owned ZK-DQG until he died, and it was then sold to Brian McAnulty of Manakau on 27/5/98, who named the aircraft "Manakau". It was re-designated as a Class 1 Microlight on 19/4/01 and it is still current and hangared at Ardmore. I saw taxying at Ardmore last year, thankfully now without the canopy!