Getting near the end of Taylor Monoplanes in New Zealand now, these 3 Taylors had personalised registrations.

The photos are from the Keith Morris collection and were taken by me unless otherwise noted. 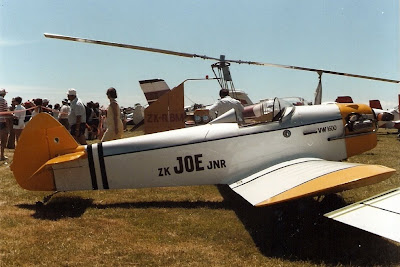 ZK-JOE (c/n AACA 72) is the third of the trio of Taranaki Taylor Mono's. It was built by Joe Hignett at Inglewood and was first registered on 18/4/84. The above photo was taken at an airshow at Palmerston North in 1986. It was damaged in a crash following the 1985 AACA flyin at Queenstown, on 23/2/85, but Joe trucked it home and rebuilt it. Joe then re-designated it as a Class 1 Microlight on 26/1/00. 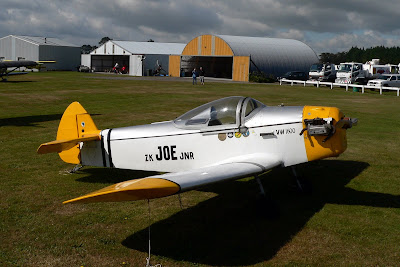 It is still owned by Joe Hignett and is current. This photo of ZK-JOE was taken at the 2010 RAANZ flyin at Stratford by Blue Bus, and as you can see, it now sports a rather nice canopy. 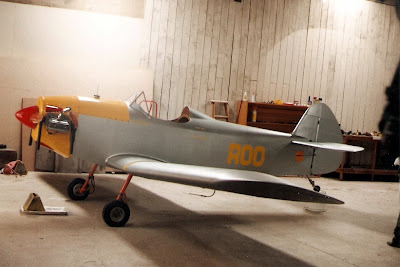 ZK-ROO (c/n TM 406) was another long-time building project and it was started by Trevor Day of Palmerston North in the 1970's I think. However it was completed by Richard Scott of Palmerston North and was first registered on 9/10/95. Richard bought the Foxpine airstrip and this photo of ZK-ROO was taken in a hangar at Foxpine in late 1995. Richard was originally from Australia and hence the registration ROO. Unfortunately it didn't last long as it crash landed short of the Foxpine strip on 9/3/96, making it our shortest lived Taylor Monoplane. It was cancelled on11/12/98. 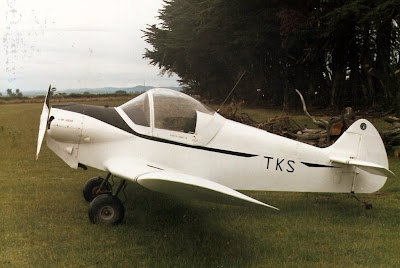 And finally for this post, ZK-TKS (c/n AACA 477) was built in Southland by Ted Sandford. It was first registered on 22/4/85 and was withdrawn from use and cancelled on 28/11/05. The above photo was taken in early 1986 in a feild somewhere North of Invercargill where it seemed to be parked out in the open. Can anyone add anything more to the history of ZK-TKS?