A truly amazing piece of kit. 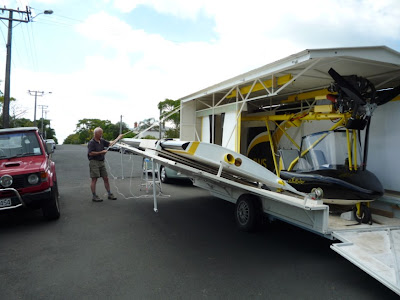 I have seen many variations of trailers (especially glider) in my time, but this one has to be the most user friendly unit I have come across.


Basic instruction are :- Arrive on site.
Drop the tail gate.
Lower the side wall with wing attached. 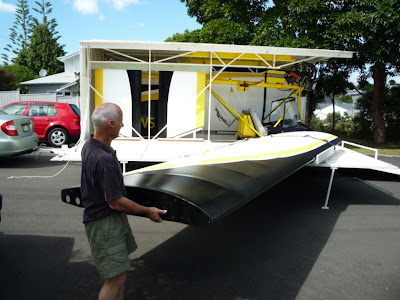 Pivot the wing out. 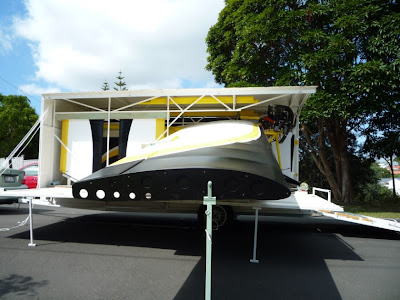 Raise the wing inboard end up to the fuselage attachment points. 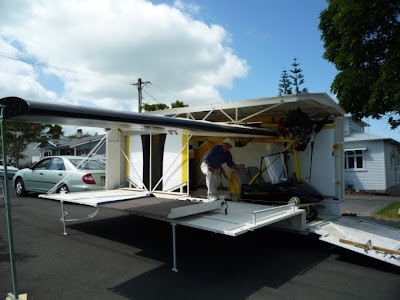 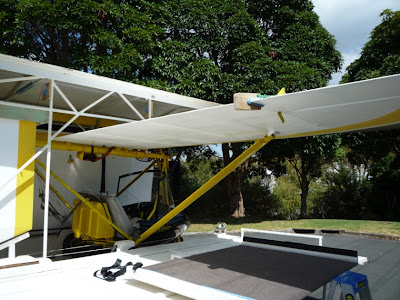 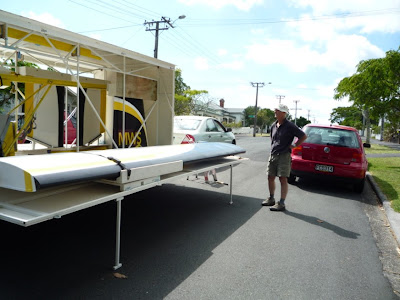 Do the same with the other wing. 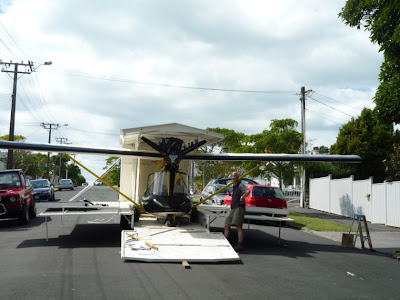 Now roll the aircraft with wings attached, out of the trailer. 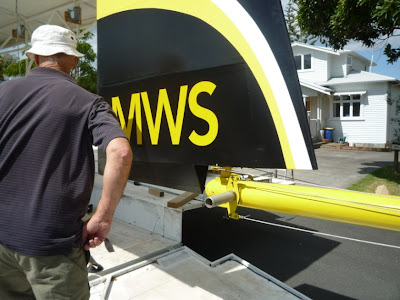 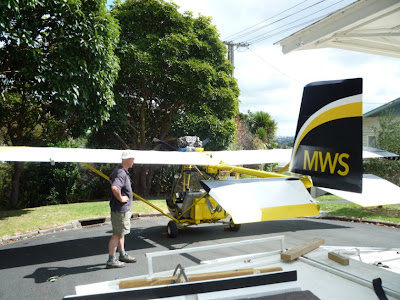 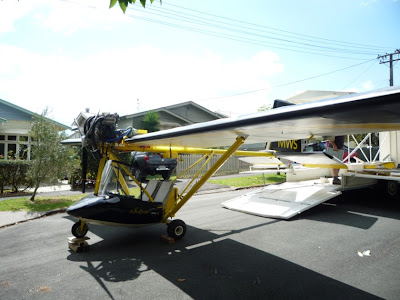 Job done - Ready to go !
This is the Mike Whittaker MW6S "Fat Boy" ZK-MWS , c/n GS1 , as registered to Grant Sandiford of North Shore City on 21-05-2010.
This is the first of its type in the Southern Hemisphere.