The Currie Wot was designed in the 1930s by JR (Joe) Currie and 2 examples were built by Cinque Port Aviation Ltd in 1937.  Unfortunately these 2 aircraft were destroyed during WW 2.  Apparently the name Wot came about when Joe Currie got tired of questions about what the aeroplane would be called and said "Call it Wot you blooming well like!".  After the war 2 more examples were built by the Hampshire Aviation Club under the supervision of JO Isaacs (of the later Isaacs Fury).  These aircraft had 60 HP Walter Micron motors.  Later the plans were sold to homebuilders and the first homebuilt Currie Wot flew in 1963.

We have had 2 Currie Wots in New Zealand. 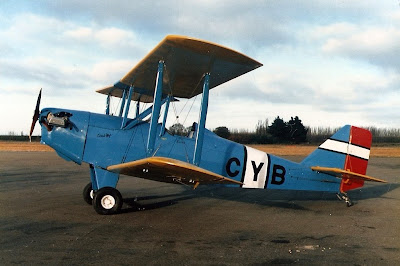 Currie Wot ZK-CYB (c.n AACA/64) was commenced by Jack Moon at Blenhiem and the project was first registered on 11/9/68.  It was sold to Alex Turner of Mosgiel on 22/9/72, and he completed the aircraft and painted it in the same colour scheme is his earlier Jodel D 9 ZK-DBS.  It was sold to Alan Ruck and F Crequer of Christchurch on 7/10/82 and then to a syndicate of Alan Ruck, Morris Tull, Kim Twenytman and Colin Winrtburn of Christchurch.  It was re-engined with a 2100cc Revmaster motor in January 1987 and ownership transferred to Alan Ruck on 11/2/88.  The above photo was taken at Harewood around 1988.  It was the re-engined with a a Continental O-200 motor in 1998.  It moved North to Pikes Point with Morris Tull where it was based for a while, then finally back to Alan Ruck in Christchurch, where it is still current.  It is named "Jessie". 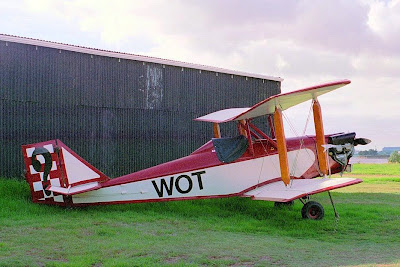