I was told that the NZ Helicopter Heritage Museum had an accommodation problem and that the Ashburton Aviation Museum had come to their aid with the offer of storage. 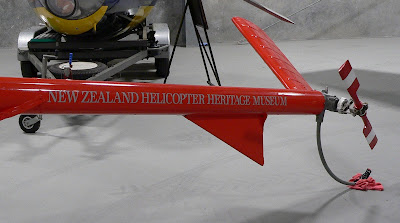 Four of their helicopters are currently in the large new Museum hangar at Ashburton.

Photo above and below is Hughes 269A c/n 111-0029 carries the NZHHM title on its tail boom.
AFAIK this airframe has no ZK connection having been N8716F and G-SHKK before coming here. 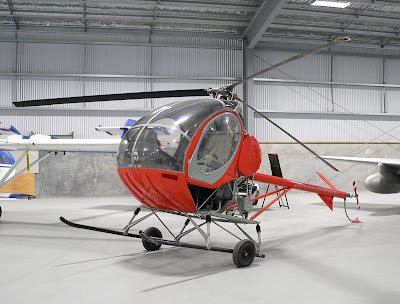 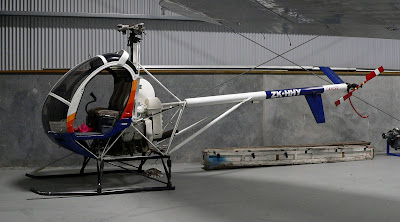 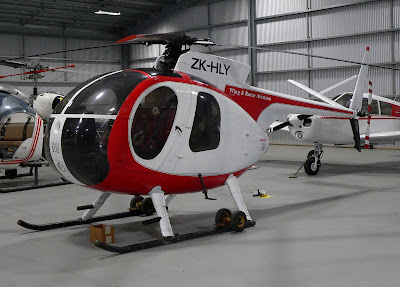 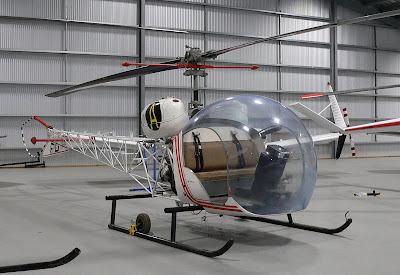 I imagine that there is still more airframes yet to be moved over from the Helicopter Heritage Museum.
Posted by Dave Paull at 09:10