The first of the next batch of RV 12s were two that first flew at Whitianga on the same day in March 2016: 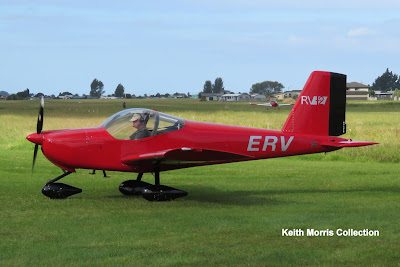 The first of these was ZK-ERV (c/n 120867) which was the second RV 12 to be built by students of the Mercury Bay Area School and it was registered to Allan J Kearney of Auckland on 23/2/16.  I travelled over to Whitianga to see both of the RV 12s fly after sign off by David Gill of CAA.  ZK-ERV was the first one to be signed off and parked outside while ZK-LSV was signed off, and then they both taxied out for their first flights with ZK-ERV being flown by Alan Coubray.  The above photo shows it taxying in after its first flight, on 14/3/16. 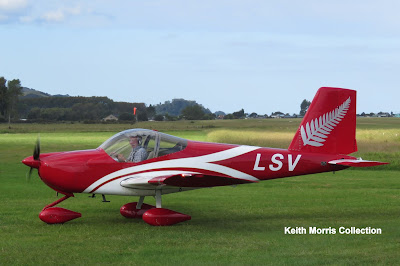 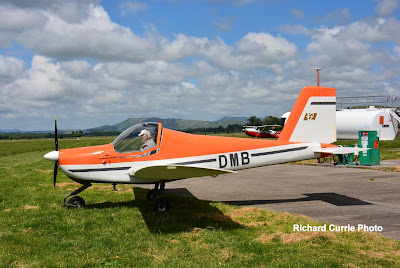 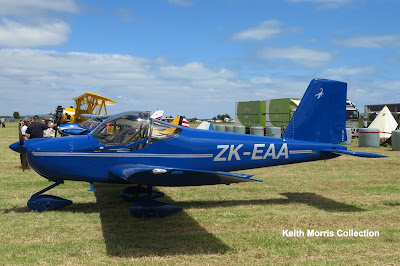 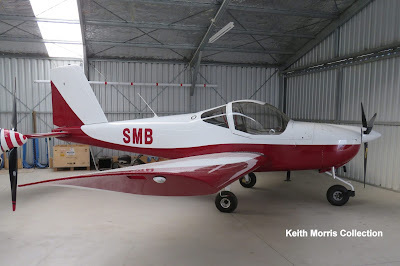 ZK-SMB (for Student Microlight Build) (c/n 121059) was built by students from Hastings and Havelock North schools under the tutelage of Peter Steers who heads up the Aero Club Youth Microlight Build project.  It was registered to the Hawkes Bay and East Coast Aero Club (who funded the purchase of the kit), on 9/2/19.  It is photo'd at Hastings on 29/11/19. 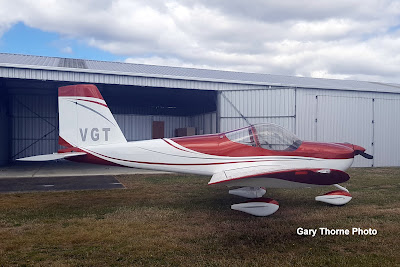 The twelve RV 12s I have posted are far from all the that will be registered here, and we will see many more of them in the future.  I know of at least two others in the Auckland area that are close to flying and the Mercury Bay Area School has their fourth one nearly completed.  Another very successful design from Vans.