A visit to Ardmore today revealed a couple of interesting twins starting with the Guardian 400 special missions demonstrator C-GVKI which is currently on a world tour.   Modified from a standard Viking DHC6-400 this flew into Wellington on 8 March from Sydney and arrived at Ardmore today.   It is registered to Vancouver Island based Pacific Sky Aviation. 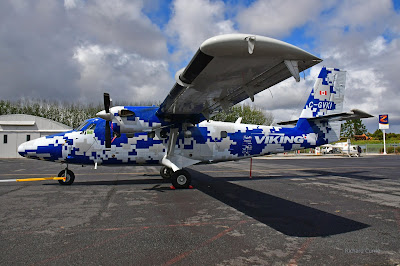 Arriving in NZ back in December 2019 was 1981 model Cessna 425 Conquest I N425HB.  Previously UK based this was reserved as ZK-LIM back in 2016 but didnt adopt these markings. 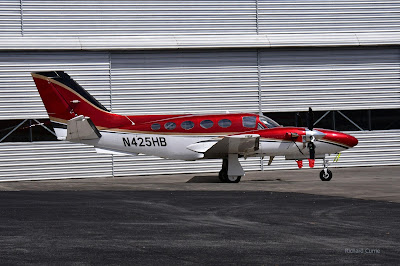