A quick swing by North Shore Airfield on my way home today saw some of the North Shore Aero Club aircraft out training, including their newest Robin ZK-TZI2 shown here with ZK-TZK landing in the background. 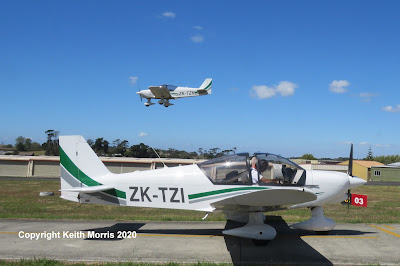