A visit to Ardmore today revealed the Whanganui based NZICPA  (NZ International Commercial Pilots Academy) Cessna 172S ZK-CAA2 now repainted in the Academy's fleet colours.  They acquired this back in Septemner 2019,  previously being operated by L3. 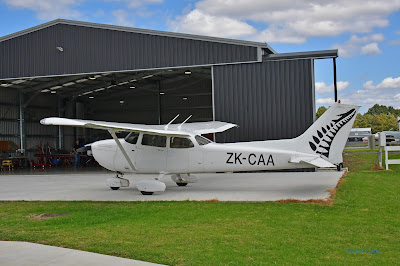 Another interesting visitor from further afield was Cessna 182R Skylane N9953H which is on an Around the World Tour under the 'Katamarino.Com' banner.     This commenced back on 6 May 2019 from Pittsburgh, Pennsylvania and has routed across the Atlantic to the UK,  through Europe, Middle East, SE Asia and Australia arriving at Auckland on 10 February ex Norfolk Island.    They have been tripping around NZ for the last month and will head home across the Pacific. 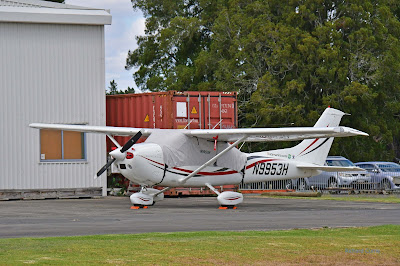